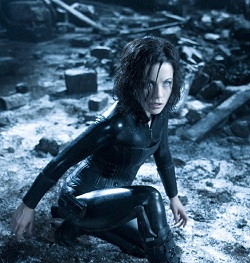 Though she skipped part three, Kate Beckinsale just couldn’t resist returning for part four. It’s been announced that Becks (can you call her Becks even if she isn’t a Beckham?) will return to the franchise and reprise her role as Selene, though the role will be a smaller, more limited one as it’s meant for her character to pass the torch (so to speak) to one of her daughters, thus allowing the filmmakers to continue the franchise with a new lead in place. In addition to the Beckinsale news, the release date for the fourth installment has been pushed back from September 23rd, 2011 to January 20th, 2012, which seems more in line with the two other Underworld films (Evolution and Rise of the Lycans) that premiered in January.
Are you excited to see Beckinsale return to the franchise? Are you a fan of the Underworld movies?
Darren Aronofsky Joins List of Potential 'Superman' Directors 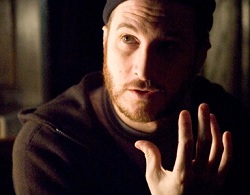 Look up – it’s a bird, it’s a plane … it’s a list of potential Superman directors a mile long! Yes, adding to the list of names we’ve previously told you about, the LA Times now says that Darren Aronofsky has had discussions with Christopher Nolan (who’s sort of overseeing the Superman reboot for Warner Bros.) about taking the job. Aronofsky, of course, is the director who’s given us The Wrestler and the upcoming psychological thriller Black Swan, and he’s a guy who seems like he wants to direct a big film, having already been attached to helm a Robocop reboot for awhile now. Is he the right man to bring Superman back to the big screen? What do you think?

'Sherlock Holmes 2' Casts Sherlock’s Brother
The cast for Sherlock Holmes 2 is beginning to take an interesting shape, with both Noomi Rapace (The Girl with the Dragon Tattoo) and now Stephen Fry being added to the mix. Fry, a British actor-comedian who you’ve seen in many films (and TV shows) from A Fish Called Wanda to Spice World to Bones, has joined the cast as Mycroft, Sherlock Holmes’ older (and more intelligent) brother. THR describes him as “an agoraphobic oddball,” which sounds like a blast. Robert Downey Jr. and Jude Law are both returning, though we’re still waiting to see who’s cast as the main villain, Sherlock’s arch-nemesis Moriarty. Sherlock Holmes 2 is due out December 16th, 2011.
Who do you think they should get to play Moriarty?
Like it? Share it:

Poll: Which Film Rocked Your Box Office This Weekend?

Poll: Which Film Rocked Your Box Office This Weekend?