The Five - Biggest Events at Comic-Con

If it’s mid-July, it can only mean one thing – San Diego Comic-Con time! The annual event will once again take over the San Diego Convention Center July 20-24 with movie, TV and comic book fans uniting in glorious geek-dom. While this year’s festivities are certainly slightly more subdued than previous events, there are still plenty of major events going on inside Hall H. Let’s take a look below at the five biggest events going down in SD next weekend… 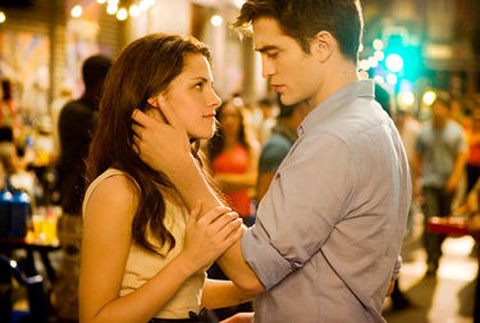 Breaking Dawn – Part 1 (Thursday 7/21, 11:15a.-12:15p.) – Day one kicks off in a frenzy as Twi-hards will swarm the San Diego Convention Center en masse to catch a glimpse of the next to last Twilight movie. The cast and director Bill Condon will be on hand to field questions.
20th Century Fox Presentation (Thursday 7/21, 3:15p.-4:30p.)– Fox will screen footage from three upcoming movies; Rise of the Planet of the Apes, Ridley Scott’s Alien (sort of) prequel Prometheus and the Justin Timberlake/Amanda Seyfried sci-fi thriller In Time. Cast will also be on hand to discuss their respective films. 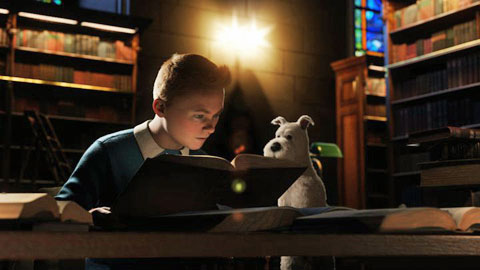 The Adventures of Tintin (Friday 7/22, 11a.-12p.) – The Steven Spielberg CGI 3D movie has already premiered a teaser poster and a pair of trailers, the most recent one looking quite good. Spielberg will make his first Comic-Con appearance and it is expected that stars Jamie Bell and Daniel Craig will join him. Nick Frost and Simon Pegg who co-star will be on hand for a separate panel discussion, so their presence is likely for the Tintin panel. And per the usual Con ritual, we’re sure to get a glimpse at more footage from this family adventure flick. In 3D, of course.
Sony Studios Presentation (Friday 7/22, 4:00p.-5:30p.) – One of the few studios that are putting on a big show at the Con, Sony will showcase footage for Ghost Rider 2, 30 Minutes or Less, the Total Recall remakeand The Amazing Spiderman reboot. Casts will be on hand to discuss their respective films including Nicolas Cage for Ghost Rider 2, Colin Farrell and Kate Beckinsale (who will also be on hand to showcase Underworld 4) for Recall and Andrew Garfield and Emma Stone for the Spidey reboot.
Universal’s Snow White and the Huntsman (Saturday 7/23, 3:30p.-4:15p.)– A lot of casting news has been hitting the news reel for Universal’s Snow White and the Huntsman and we’ll finally get our first look at some footage. Kristen Stewart will make the jump from her Twilight panel on Thursday and participate in this presentation which also includes Chris Hemsworth and Charlize Theron.
Tomorrow we'll hand pick five smaller panels worth checking out. For more Con coverage, check out the Movies.com Top 10 List and be sure to check back in our Fanboy Fix Guide next week as we'll be going full tilt into Comic Con coverage!
Like it? Share it:

Alamo Drafthouse Guide: This week, the Alamo obsesses over Harry Potter… and we love every second of it.

Alamo Drafthouse Guide: This week, the Alamo obsesses over Harry Potter… and we love every second of it.