March 14th 2008, 6:06 pm
It's a wrap now, but Fandango did have a bunch of Exhibitor Services folks out in Las Vegas for ShoWest this week -- the annual theather owner-exhibition biz powow -- and now that they're back, here were some of their thoughts on the studios' presentations...

Seth Rogen, star of Knocked Up, co-writer of Superbad and cartoon voice in Kung Fu Panda and Horton Hears a Who, will continue his quest to be the busiest man in showbiz (other than his filmmaker pal Judd Apatow). Their latest is this August 8th release, which stars Rogen and James Franco as lazy -- yet loveable! -- potheads on the run from bad cops and worse druglords. The consenus amongst the industry: funny, very funny.

The Wait and Sees: The Incredible Hulk, The Love Guru.

Jessica Alba and Mike Myers made a game enough appearance in Las Vegas for The Love Guru, and Myers is always a fun guy, but some of the clips from this comedy were perhaps a bit too reminiscent of his Austin Powers schtick. Hulk, too, could be either boffo or a bust. The first Hulk trailer debuted online this week, and so far, the reception to the movie -- online and at the convention -- has been fairly mixed.

Black Is Back: Kung Fu Panda.

Screenings were scarce at ShoWest, but Paramount did trot out its animated comedy starring a karate-chopping panda bear that sounds exactly like School of Rocker Jack Black. Throw in Dustin Hoffman as his kung fu master, and voila, this looks to be a big hit for kids and adults.

These three flicks, along with Wall-E, The Dark Knight, Speed Racer, Get Smart and/or Hancock and/or Wanted, are such in-the-clear hits, no screenings are necessary (and thus, there were none at ShoWest).

There were some playful jibes, though, between Iron Man star Robert Downey, Jr. and his upcoming Tropic Thunder castmate Ben Stiller (if Pineapple isn't the sleeper, Thunder might be). From their appearance onstage at Planet Hollywood... 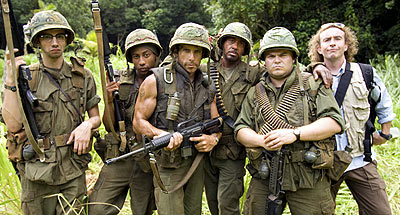 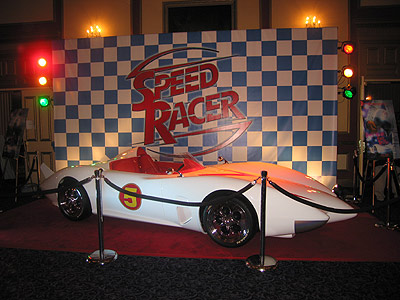 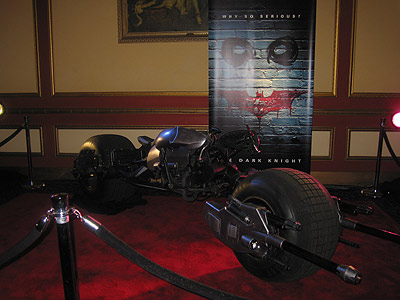