Here's a rundown of new releases coming your way...

• W. Josh Brolin gives a startling, brilliant performance as George W. Bush, portraying the embattled prez as a guy who was just in way too far over his head from the get-go. 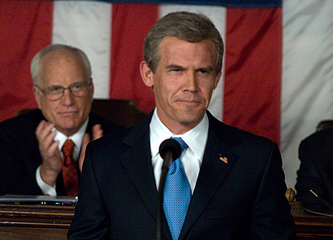 It's better than you'd expect from direct Oliver Stone (who had major cojones to put this out when the Bush administration had only one foot in the ground), who gets credit for making a movie that's less liberal castigation than it is semi-sympathetic portrait.
• Nights in Rodanthe Nicholas Sparks' tragi-romance brings on the tears and the schmaltz with Richard Gere and Diane Lane playing star-crossed lovers who meet cute at a B&B.
• The Foot Fist Way Judd Apatow protégé Danny McBride (Pineapple Express) stars in this low-budget mockumentary about a martial arts teacher who remains strangely likeable despite his cringe-inducing misogny and general oafishness.
• Miracle at St. Anna Spike Lee's war pic is the first about the army's African American Buffalo Soldiers unit, involving four of them, a mysterious Italian statue head, a 40-year-old murder and the World War II Italian resistance.
• Soul Men Samuel L. Jackson and Bernie Mac, in sadly one of his final roles, play two former musicians who hit the road cross-country for a shot at reigniting their onetime careers.
• Blindness Weird, disturbing, allegorical and dystopian are all words that critics labeled this film, about a blindness epidemic and its effects that symbolize society's collapse.
• My Name Is Bruce Ridiculously hilarious horror B-flick starring B-flick hero Bruce Campbell that will delight Campbell fans -- and maybe earn him some new ones.
• Chocolate An autistic Thai girl instinctively picks up martial arts moves she sees on TV and uses them to collect debts to pay for her mother's cancer bills. Oddball plot, but outstandiing action and thrilling stunts from this director of Ong-Bak.