February 8th 2008, 12:19 pm
Here's a look at Sony's new poster for the puzzlingly titled Quantum of Solace. The artwork's pretty hard, minimalist...and very, very cool. This fits in perfectly with the attitude of the last Bond movie, and Daniel Craig's leaner, meaner approach to the character.

It'll be fun to see what first-time 007 director Marc Forster, the man behind smaller-scale, personal movies like The Kite Runner, Stranger than Fiction, Finding Neverland and Monster's Ball, does with the franchise.

Bring on the action, and the pathos! 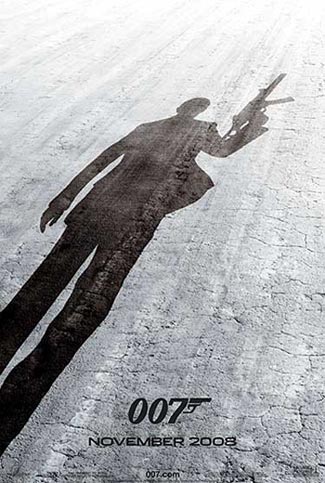