Daughter of screenwriters Nicholas Kazan and Robin Swicord, and granddaughter of prominent director Elia Kazan, actress Zoe Kazan joined the family business after graduating from Yale University in 2005. Beginning with acclaimed productions of off-Broadway plays like The Prime of Miss Jean Brody and The Things We Want, Kazan soon made her Broadway debut, starring alongside S. Epatha Merkerson in a revival of Come Back, Little Sheba. Kazan would continue to find success on Broadway, but eventually branched into on-screen acting, as well, appearing in films like Fracture, In the Valley of Ellah, and Me and Orson Welles. In 2009, the actress became a professional playwright when her play Absalom was presented at the Kazan Humana Festival of New American Plays. Kazan next joined the cast of the quirky ensemble movie happythankyoumoreplease. ~ Cammila Collar, Rovi 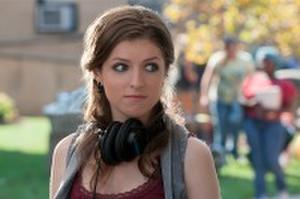