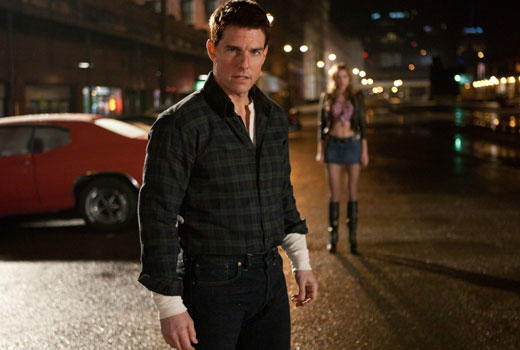 Tom Cruise Set to Return As Jack Reacher in Sequel 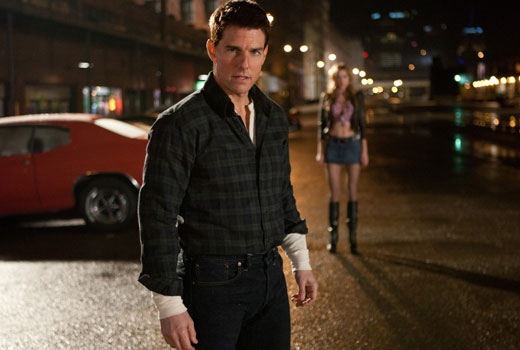 Get ready for more Tom Cruise as Jack Reacher.

Deadline reports that Paramount is looking to fast-track a sequel to the 2012 film based on Lee Child's novels. Cruise is currently prepping for Mission: Impossible 5 and the latest trailer for Edge of Tomorrow will arrive online this week. 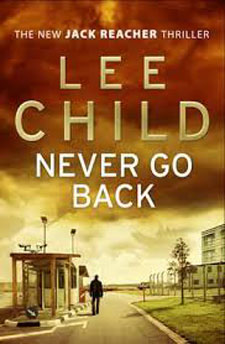 The sequel will reportedly be based on Child's recent novel Never Go Back, which finds Reacher returning to his old military base in Virginia to take a female commanding officer to dinner. By the time he arrives in town, she has been arrested, Reacher is being charged with assault and is accused of fathering a child with another woman. Reacher gets down to the bottom of the issues with tactical deduction and occasional brute force.

The 2012 film based on Lee Childs' novels managed to bank $80 million domestically and $218 million worldwide making it a modest hit for Paramount.

The studio is currently looking for writers. Christopher McQuarrie who wrote and directed the first film is currently busy with prepping MI5 for summer production but the studio hopes to get him on board to direct the sequel.

Did you see the first Jack Reacher movie? Would you be interested in seeing a sequel?