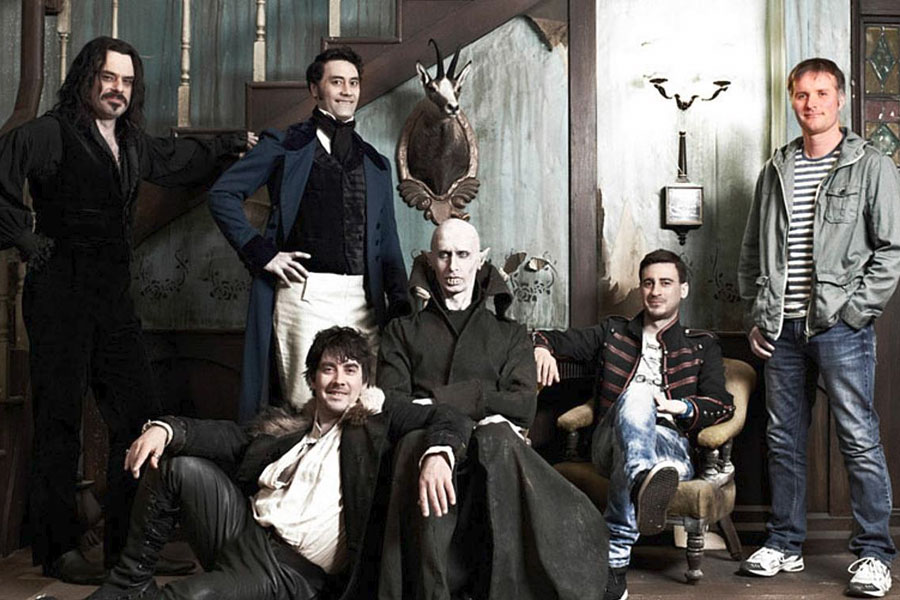 When Taika Waititi was hired to direct Thor: Ragnarok, a lot of people the world over probably did a bit of a "Who?" You may not recognize the name, but the actor-writer-director-producer's credits include Flight of the Conchords, Eagle vs Shark, Boy, Green Lantern, The Inbetweeners and What We Do in the Shadows. His newest movie is the adventure-comedy Hunt for the Wilderpeople, starring Sam Neill as the gruff foster uncle of a kid on the run from the New Zealand government. It's a funny, touching movie about finding family in unexpected places and is well worth seeking out when it comes to theaters on June 24.

Fandango recently spoke with Waititi about Hunt for the Wilderpeople, but we'll save that part of our interview for the week of the movie's release. Today, though, we can share his thoughts on two unrelated movies: a sequel to What We Do in the Shadows, and whom he thinks Thor would have sided with had he been in Captain America: Civil War.

First up, the werewolf-centric Shadows sequel. The good news? It's happening, and he confirms its title is the cheeky We're Wolves. The bad news? It's not happening anytime soon. Waititi told us:

"The status update is we're still talking about ideas for it. Much like Shadows – I mean it hope it doesn't take us that long – but a lot of this one is going to be us going, 'What about this idea? What about this other idea?' until we have enough ideas written down that we might be able to write a script. Also, it'll change the way we shoot this one. We won't improvise the entire film this time. We'll do a bit of a mix of actually shooting the stuff we wrote. For Shadows we wrote a script, but then we didn't actually say any of the lines we'd written, we improvised the whole thing. This one we're trying not to do that."

Waititi is referring to the nearly 10-year gap between when they first started writing What We Do in the Shadows and when they actually made the film. So it's reassuring that they plan for it to take less time than that. It's also understandable that We're Wolves isn't right around the corner considering Waititi is about to spend the next year and a half working on Thor: Ragnarok.

Details on Ragnarok are still being closely guarded at this stage, but we did want to get the director's take on another crucial Thor matter: whom would the demigod have sided with in Civil War? Would he have been pro oversight and gone with Iron Man? Or would he have preferred the more trusting, independent side of Captain America? Waititi's answer:

"We've talked a little bit about this. Personally, I feel Thor would have started his own team. He wouldn't have liked the idea of those teams. But, even though Thor is from outer space and he lives in a palace, part of me likes to think he would side with Cap. I would side with Cap purely because I don't trust billionaires."

And what does Chris Hemsworth think about Civil War?

Thor: Ragnarok hits theaters on November 3, 2017. We're Wolves does not currently have a release date. Hunt for the Wilderpeople does, though, so go see it on June 24.