Scoop This: Three More Cast in ‘Dark Knight,’ Chris Vance is New ‘Transporter’ and Who Is Hailee Steinfeld's 'Romeo'? 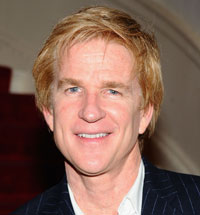 Just when you thought Christopher Nolan was done casting his third Batman movie, bang, three more actors join the crew. Matthew Modine (Full Metal Jacket), Tom Conti (Derailed, Reuben, Reuben)and Joey King (Ramona and Beezus) have all joined the cast with Variety reporting that Modine will be playing a character named Nixon. No word yet on who Conti and King will be playing (and considering this is a Chris Nolan movie, don’t expect any word for a while), but then we know that you Bat-fans have your theories. With Tom Hardy playing Bane and Anne Hathaway as Selina Kyle/Catwoman who could these three new actors be playing? 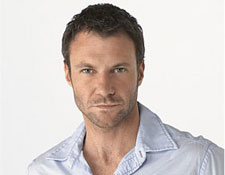 Chris Vance is the New ‘Transporter’
Earlier this year, we reported that Cinemax would be taking the popular Transporter movie series that starred Jason Statham and bringing it to the small screen. Statham had no interest in playing the role for TV so the question was, who would play Frank Martin? Enter Chris Vance, a British actor whose resume includes Dexter, Burn Notice and Prison Break. Co-starring with Vance will be Hungarian actress Andrea Osvart in the other lead role. The series will follow Frank as he travels through the European criminal underworld and is executive produced by Luc Besson (he co-wrote all three Transporter films). Will you be watching the new Transporter or should this character be limited to feature-length films? 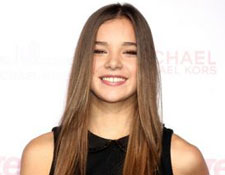 Ed Westwick, Hailee Steinfeld Play ‘Romeo & Juliet’
Blake Lively, Taylor Momsen and Leighton Meester have all used CW’s Gossip Girl as a launching pad to bigger and better things (OK, maybe  The Roommate doesn’t count). Now the latest Gossiper to jump into film is Ed Westwick, who will star in the 82,764th adaptation of Romeo & Juliet. Westwick will play the role of Tybalt, the main antagonist and Juliet’s hot-tempered cousin. So then the question is who plays our ill-fated lovers?
True Grit’s breakout star Hailee Steinfeld has stepped in for Lily Collins who bowed out after she took on the role of Snow White in The Brothers Grimm: Snow White, which also stars Julia Roberts and Armie Hammer. While Steinfeld ponders, “Wherefore art my Romeo?” we put the question to you. Who would make an awesome Romeo opposite Steinfeld’s Juliet?
Like it? Share it: