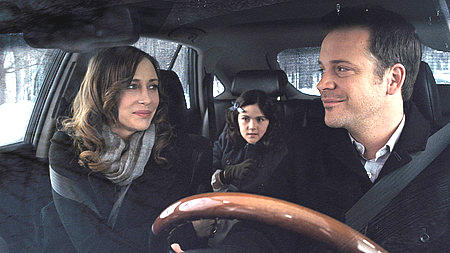 Orphan
A family adopting a seemingly sweet young girl expects sugar and spice and everything nice, but instead gets a freak show of evil badness in pigtails that plays on their every insecurity and vulnerability to the breaking point. Until the inevitable "twist" and over-the-top ending, the movie smartly sticks to psychological suspense rather than gruesome bloodletting. Oh, and it's beautifully shot by Spanish director Jaume Collet-Serra. 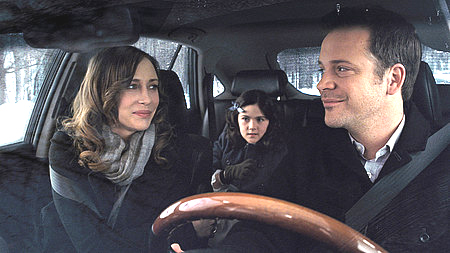 Ice Age: Dawn of the Dinosaurs
Ray Romano, John Leguizamo, Denis Leary and Queen Latifah return for the third film in the franchise that's all about the kiddies, as much as it's for the kiddies. This time, woolly mammoths Manny and Ellie are expecting a Little Mammoth. Feeling left out, Sid the sloth finds some babies of his own--a trio of newborn dinosaurs whose mother shows up to bring them home to their secret lost world. That's all well and good, until Sid follows them home and hijinks ensue. Safe, if not groundbreaking, family fun.

Nothing Like the Holidays
The second of Leguizamo's two releases this week. In this he stars as a member of the Rodriguez family, all of whom have converged at home in Chicago for a week of tradition, revealed secrets, major life announcements and general familial bonding.

Whatever Works
Larry David (Curb Your Enthusiasm) stars in Woody Allen's latest as a cynical, rich New Yorker who tosses off his upper-crust life for a more Boho existence after he meets a pretty, perpetually perky street urchin (Evan Rachel Wood) longing to escape her life of small town beauty pageants. Typical Woody Allen; you'll like it if you like his usual thang.

Stan Helsing
Silly, unnecessary horror spoof about a video-store clerk charged with saving his town from famous movie monsters that've come to real life. When they have to tout it as "from the producer of the first Scary Movie!" and Leslie Nielsen shows up for a cameo, you know you're in trouble.