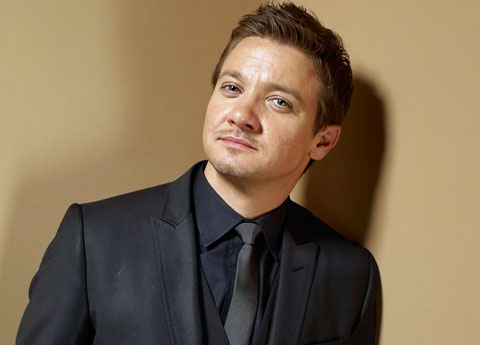 Ever since Matt Damon decided he wanted to do other things with his life that didn't involve playing Jason Bourne, fans of the franchise have pretty much been apathetic to the upcoming stand-alone spin off starring Jeremy Renner. Not much was known about the fourth Bourne flick other than Tony Gilroy, who penned the first three Bourne movies, would return to direct a script he wrote.

Speaking with Empire, Renner spilled a few details about his character.
"My character is called Aaron Cross, but he ends up having a bunch of different names. For fans of the franchise, [The Bourne Legacy] has the same ticking clock, but it's a new program and new characters."
Renner also revealed that Treadstone, the top-secret CIA black ops program that trained Bourne, will also be featured. Albert Finney will reprise his role as Operation Treadstone's behavior modification expert Dr. Albert Hirsch. Joan Allen will reprise her role as FBI agent Pamela Landy.
"It's the same tempo and pace but more expansive and bigger. The differences are pretty vast but you'll know it's a Bourne movie."
Other actors confirmed include Edward Norton, who will play the movie's villain, Oscar Isaac as a brainwashing assassin and Rachel Weisz in an as-yet-unspecified role.
For those who are still stubbornly not accepting a Bourne movie with Damon, know that his character will reportedly be, "alive and out there in the world," during Legacy, allowing Damon to one day return to the role.
The Bourne Legacy opens August 3, 2012.
Like it? Share it: