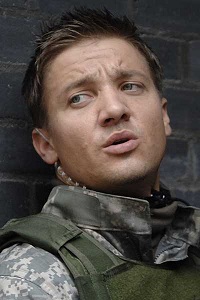 Superhero movie casting has been heating up as of late, and some earlier rumors are beginning to actually take shape. Like the one that claimed Jeremy Renner was interested in playing Hawkeye in The Avengers movie. Heat Vision says Renner is close to signing on as the former villain who later became a big part of the Avengers team with a main weapon that consists of a bow and arrow. Renner, for those who don't immediately recognize the name, leaped onto the scene this past year as an Academy Award nominee and star of Oscar-winning film The Hurt Locker.
Neal McDonough to Join 'Captain America'
Meanwhile, in other Marvel-ous news, Deadline claims actor Neil McDonough (Traitor, The Hitcher, Street Fighter) is in talks to star as Dum Dum Dugan in Captain America: The First Avenger. Dugan is one of the Howling Commandos, who are an elite unit of commandos led by Nick Fury who come to the aid of Captain America. It seems like McDonough will be the first part of this special unit, with other roles still out there remaining to be cast, like Rebel Ralston and Pinky Pinkerton. For Captain America fans, this is awesome news. For everyone else…well, trust us: it's awesome news.
Special Re-Edited Star Wars Scene for Adidas 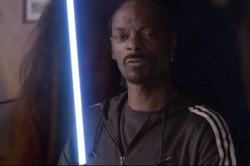 In an effort to promote their special Adidas Star Wars Originals Collection, Lucasfilm helped create this video that edits people like David Beckham, Daft Punk, Snoop Dogg, Franz Beckenbauer, Noel Gallagher, Ian Brown, Ciara, Jay Baruchel, and DJ Neil Armstrong into the famous Cantina scene in the original Star Wars. It's a pretty funny scene that comes together quite well toward the end. If I had one note, it'd be more Snoop Dogg! Check it out below…[via Slashfilm]

Next Article by Rachel Dardinski