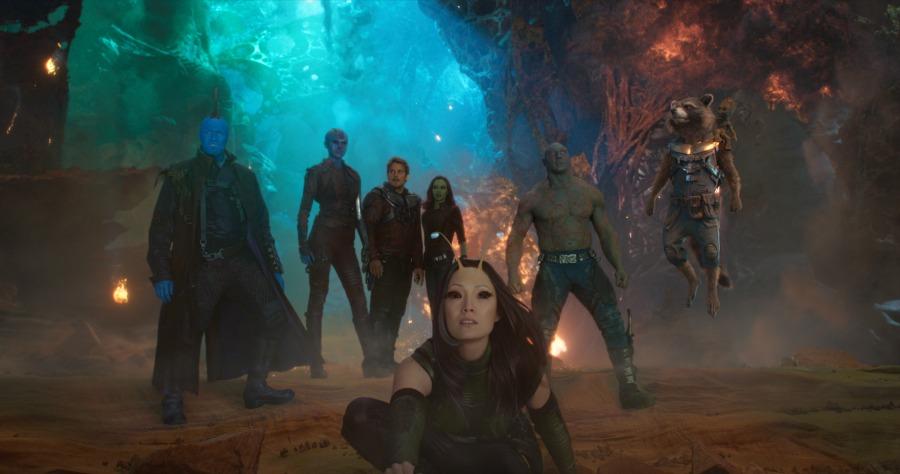 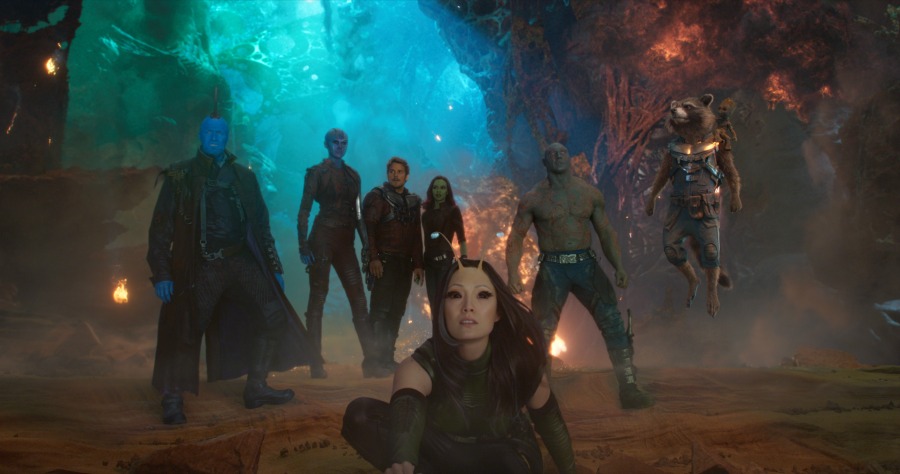 On May 5, one of the most-anticipated sequels of the decade arrives in theaters and we are more than ready to bring it on. To celebrate the fact that tickets for Guardians of the Galaxy Vol. 2 are now on sale here at Fandango, we sat down with writer-director James Gunn to squeeze a few more details out of him before it's time to go on an all-new adventure with Star-Lord (Chris Pratt) and his gang of misfit heroes.

When Fandango spoke to Gunn, he was quite literally in the middle of finishing the movie. "We have a handful of visual effects shots left, and I’m working on setting up a music video that we’re shooting for the movie," he said. "Then, later on today I’ll be working on the digital intermediate, so all the color timing and the 3D effects."

So what else is there to know about the second Guardians installment? Read on for the film's first big Easter egg, plus dancing baby Groot, a potential Oscar contender and more.

On how James Gunn feels now versus this same time before the first Guardians of the Galaxy came out.

Gunn: Much more relaxed. The first Guardians was pretty terrifying. At this point, we didn’t really know what was happening. We were barely getting tracking in to see how the movie was going. The initial numbers that we got for how the movie was going to do were okay, but not amazing, like the movie actually performed. So this time I’m feeling much better – I’m mostly excited to share the movie with everyone. It’s been a long time just kind of living with it myself.

His favorite part of the movie

Gunn: My favorite part is the center emotional storylines. The stuff between Ego and Quill; between Nebula and Gamora; between Rocket and Yondu. These are all sort of new family relationships that have a lot of deep emotional aspects to them. It’s fun to make them play in this huge action-adventure film. 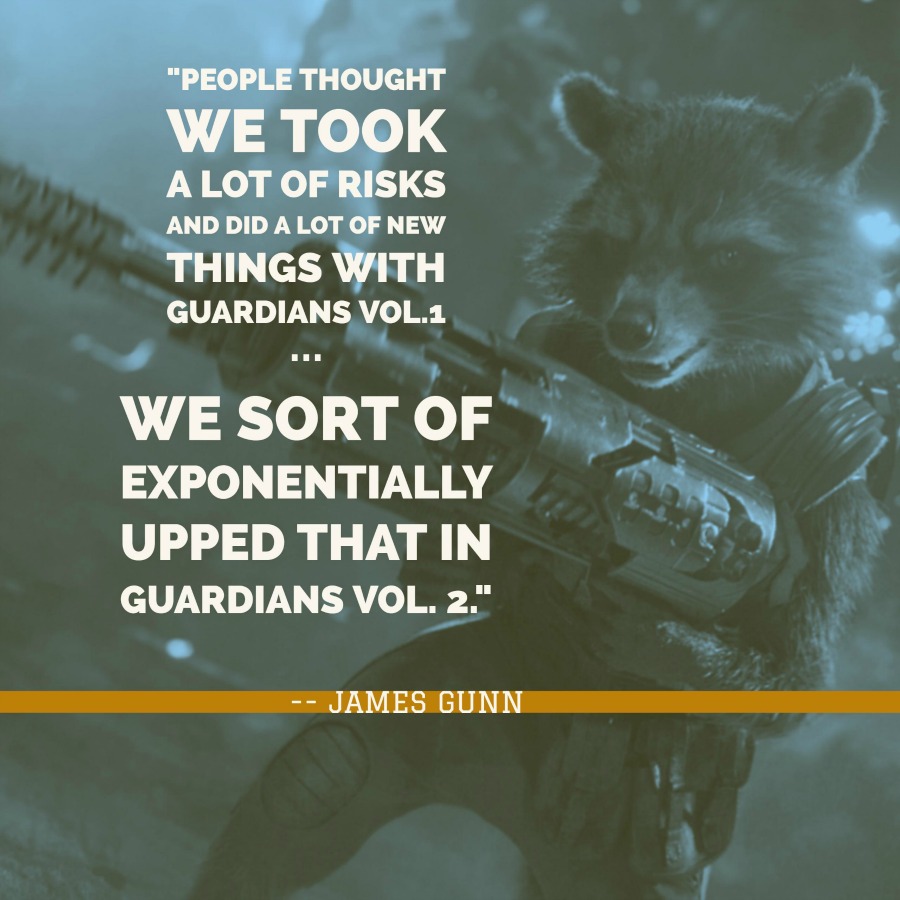 Kurt Russell's Ego the Living Planet is the biggest special effect ever. How so?

It’s one of those sets that you just can’t build practically because it’s the exterior and interior of a planet. You aren’t able to make it practically in any way – the closest wall is thousands of feet back. They started working on [those effects] long before we finished shooting over a year ago. They’ve been working on those for a long, long time and they still aren’t done.

The opening credits are going to be awesome. 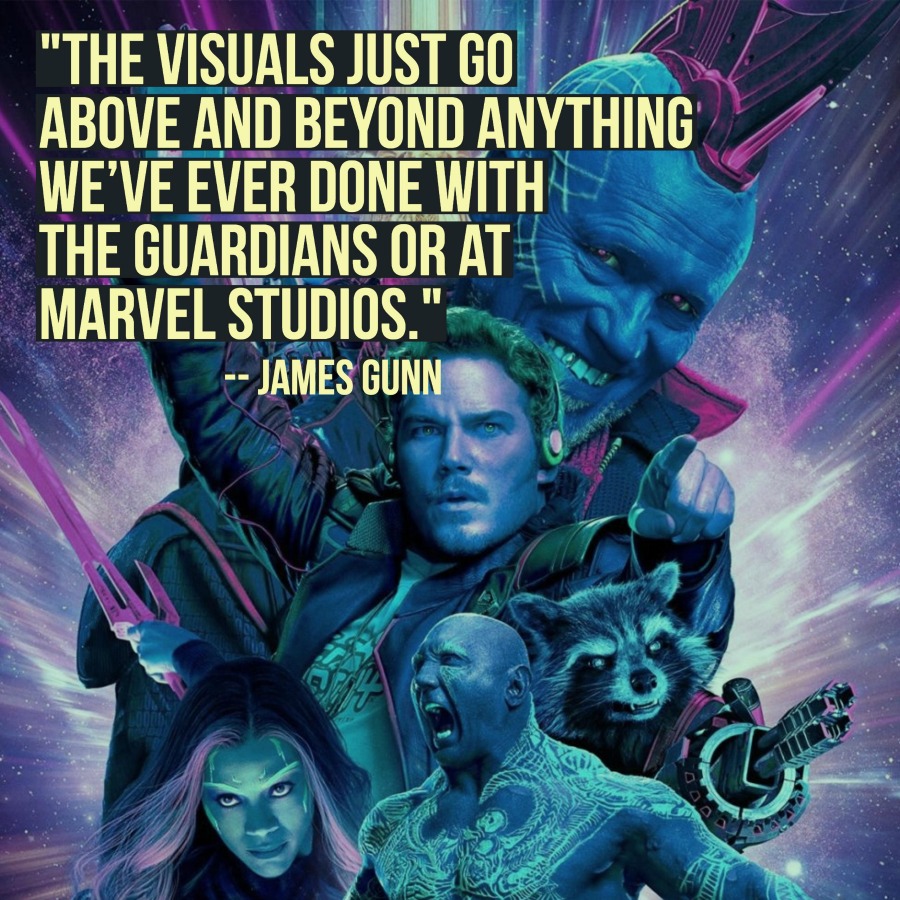 What’s something in this film that we haven’t seen in a Marvel movie yet?

Gunn: I do think there’s a lot more stress on the relationships. I think a lot of people saw the humor in the first movie, and that’s back in this movie. But I also think there’s a beautiful aspect of this film where the visuals are such an important part of this movie, more so than most Marvel films. There’s a lot of stuff like that in Doctor Strange, but we really take it to a different level.

How long before the first cool Easter egg shows up in the movie?

Gunn: I guess it depends on what you call an Easter egg, but there’s definitely a very, very distinctly cool Easter egg that’s like the fourth shot [of the movie]. It’s a very cool Easter egg very early in the movie. Something that fans of mine will recognize from other films. 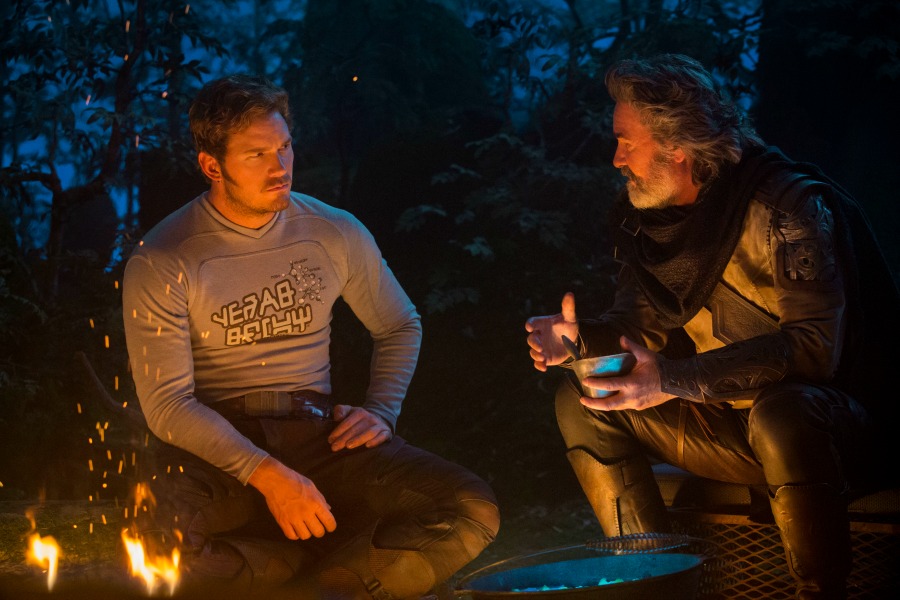 Two iconic tough-guy actors join the latest Guardians movie, with Kurt Russell and Sylvester Stallone both starring in pivotal roles. But is this a one-off appearance for the two of them, or will their stories continue in other MCU movies?

Gunn: This is definitely not a one-off [for them]. They’re both characters that we’ve taken a lot of time to develop, and they’re a big part of the MCU now. 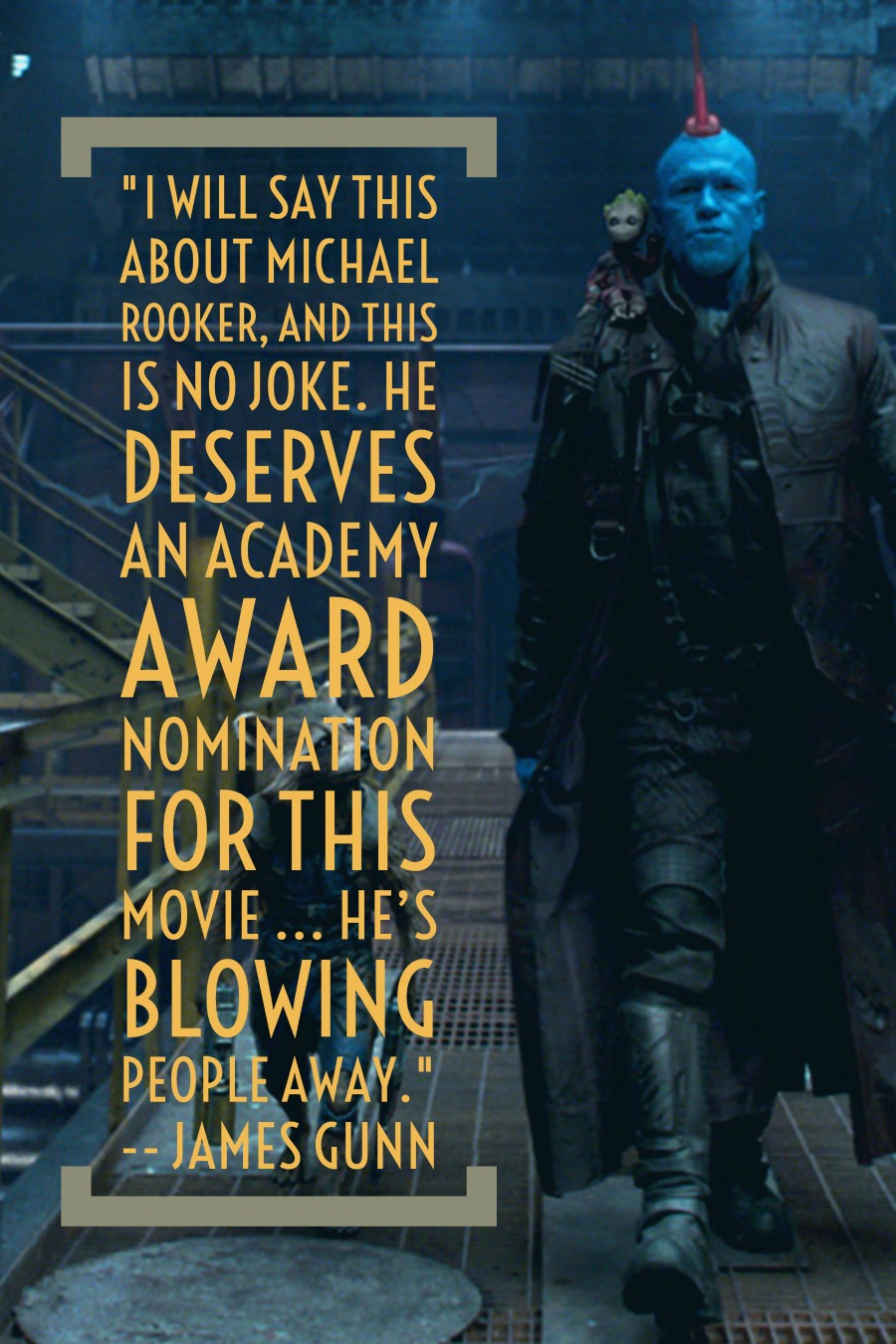 Gunn: I will say this about Michael Rooker, and this is no joke. He deserves an Academy Award nomination for this movie. He is amazing in the film, and he’s blowing people away. It’s such a deep, honest and truthful performance from him. Who would’ve ever thought that Rooker’s real lifetime-achievement role would be with a guy who’s painted blue and has a big fin on top of his head, but it is. He’s just amazing.

Fans are all worried because they see baby Groot real sad in the trailer. Should they be worried? Will they get a baby Groot happy dance? 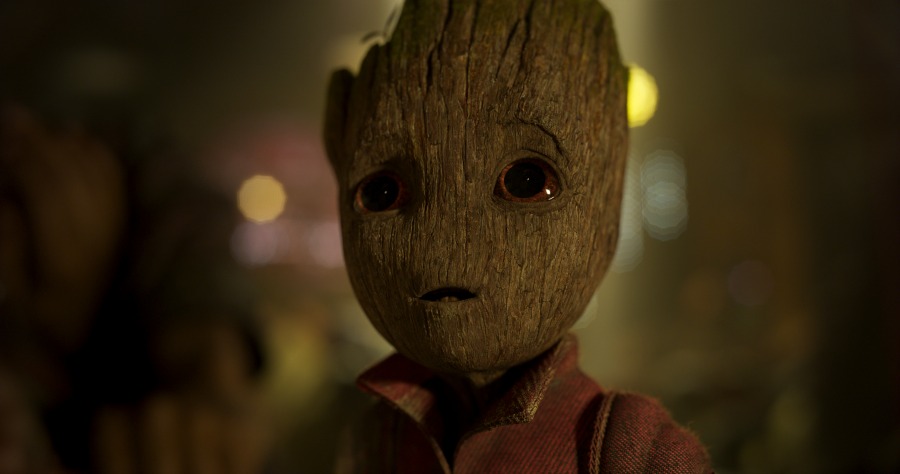 Gunn: They’ll get a little bit of a baby Groot happy dance in the beginning, but he’s definitely got his trials and tribulations in the film. It’s not an easy road for baby Groot.

In the last one James Gunn danced for Groot — so does he do the dancing again?

Gunn: Yes, I still do all of Groot’s dancing in the film, in a much bigger way. I actually had to do like a full day’s worth of dancing to get Groot’s dance down this time. Last time it was me in front of an iPhone, and this time it’s me dancing on a huge soundstage and shooting it from five different angles.

And did they hire a choreographer this time out?

Gunn: No, I do all my own choreography for baby Groot. I’m a one-man band when it comes to baby Groot dancing.

Baby Groot’s favorite music to dance to is…

Gunn: Baby Groot obviously has a taste for funk. That’s a big thing for him, as we could tell by the Jackson 5 song at the end [of the first Guardians]. But he also likes big brass ‘70s pop songs as well. Of course, that’s all he knows… he’s only two months old.

And will baby Groot remain a baby the entire film?

Gunn: Yeah, this one’s all about baby Groot, it’s not about growing Groot.

What do you think will surprise audiences the most?

Gunn: I think the whole movie is going to surprise you. It’s something you don’t normally get in big spectacle films. There’s a ton of heart to it, and then the visuals just go above and beyond anything we’ve ever done with the Guardians or at Marvel Studios. People thought we took a lot of risks and did a lot of new things with Guardians Vol.1, and we sort of exponentially upped that in Guardians Vol. 2. It is nothing like anything that’s come before it. 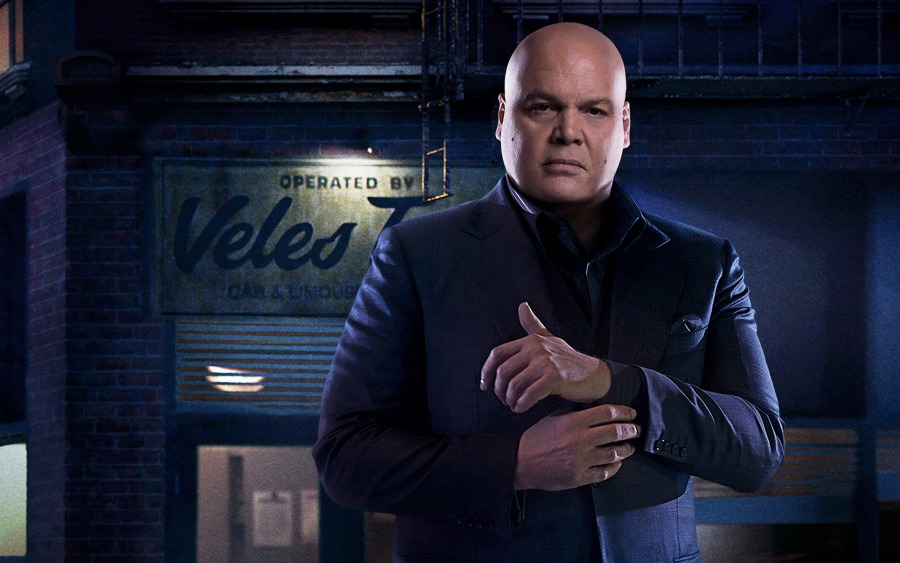 The Guardians get to play with the Avengers for the Russo brothers in Avengers: Infinity War (due out next year), but if he got to play with an Avenger in the Guardians universe, who would Gunn most like to write scenes for?

Gunn: The one guy I would love to bring into outer space is the Kingpin from the Daredevil TV show, so I don’t know if I’d want to bring an Avenger into outer space. But I wouldn’t mind bringing Wilson Fisk up there to see what he would do in outer space.

The Guardians are heading to Avengers: Infinity War after this — how much is Gunn involved in crafting their experience in that movie.

People are already obsessed about Guardians of the Galaxy 3...

Gunn: People are obsessed about the third one and they haven’t even seen the second one yet! What if they all hate the second one? Then they’re not going to be so obsessed anymore. It’s all about what’s in the future; it’s never about what we have right now. I think if anything, this Guardians is about what they are in this moment – and I think that’s what it’s been like for me working on the movie. It really isn’t about thinking down the road and how can we make something great someday – it’s how can we make something great right now in this moment that will affect people’s lives for the better. That’s what Vol. 2 is.

But if they do make a Guardians Vol. 3, will Gunn be involved?

Gunn: Listen, we’re figuring it all out. We’ll know soon. Let me take a couple of breaths before I say what I’m going to do next. 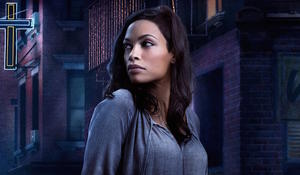 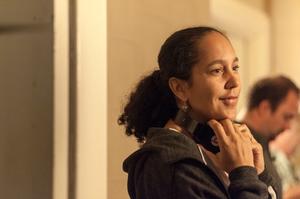 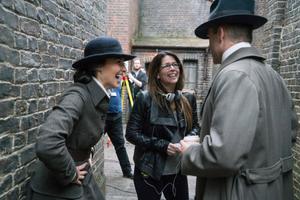