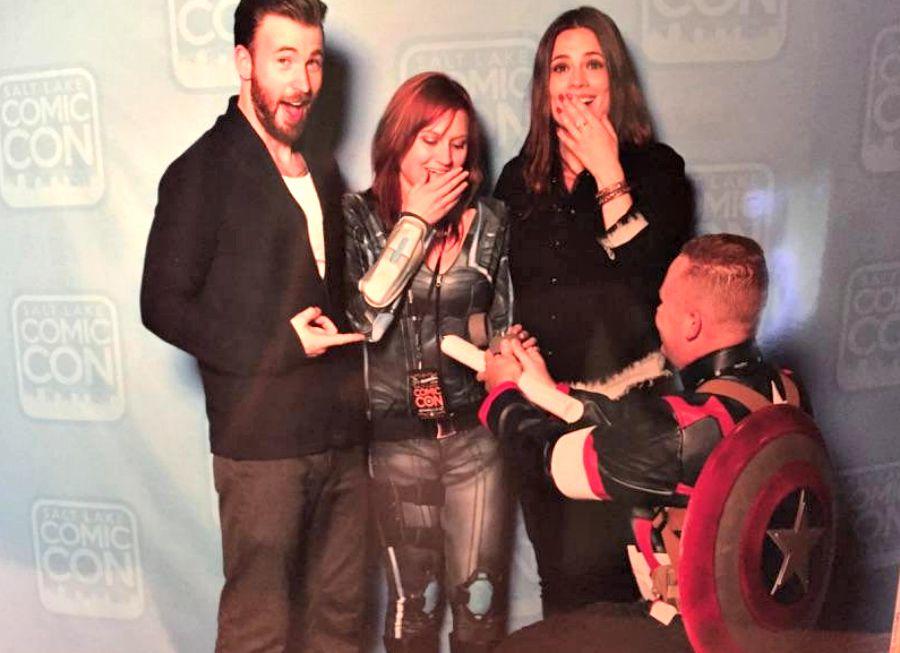 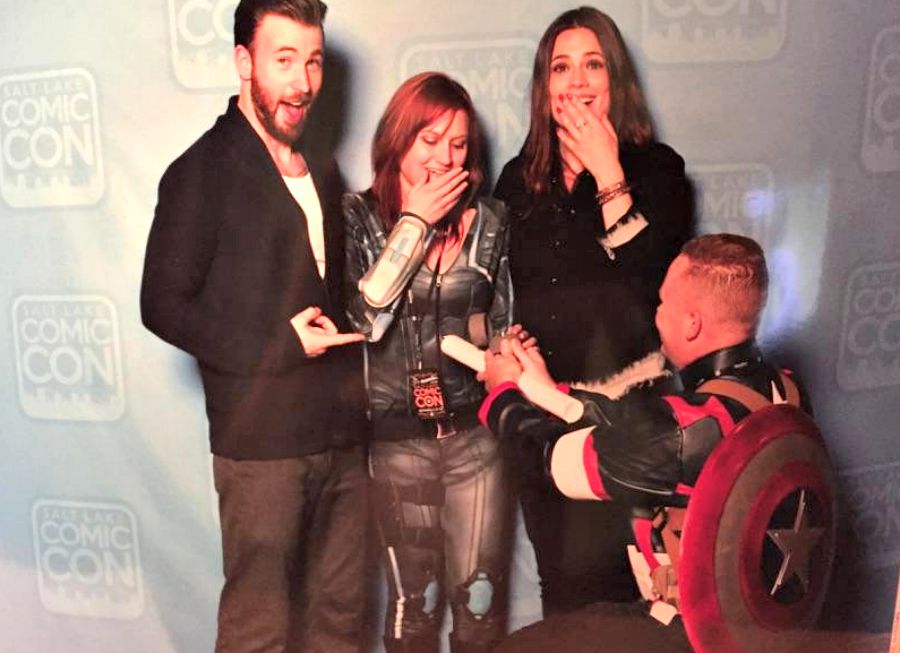 So you're a huge Captain America fan and you're attending Salt Lake City Comic-Con with the woman you love (who's a huge Black Widow fan), and you have a chance to pose for a photo op with Captain America himself, Chris Evans, and Cap's old flame, Peggy Carter (Hayley Atwell). What do you do?

Well, you ask that lady to marry you -- that's what you do.

While posing for a photo with the Marvel stars, one dude actually did do this -- much to the surprise of his soon-to-be wife, and also to Evans and Atwell, who are just as shocked when the Cap-dressed fan got down on one knee to pop the question.

Check out some photos from the moment in question, which we're sure these two lovebirds will never forget.

@HayleyAtwell @ChrisEvans Because the first was so loved, here are the rest #SLCC15 #soinlove pic.twitter.com/kV3mLOj2XN

As far as Evans and Atwell, they were pretty honored to be part of it all. Atwell took to Twitter with these comments after the fact.

Today at #SLCC15 in the middle of a photo op with Chris and I, a man got down on his knee and proposed with a ring to his girlfriend.


It was one of the most moving and beautiful things I have been witness to. Congratulations to you both. May you have a blissful future xx

Congrats you two! Now if you can just get Samuel L. Jackson to officiate the wedding dressed as Nick Fury... 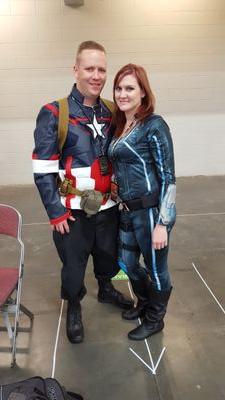 News Briefs: This Classic Western Is Getting a Remake, Plus: Natalie Dormer's New Horror Movie

News Briefs: This Classic Western Is Getting a Remake, Plus: Natalie Dormer's New Horror Movie