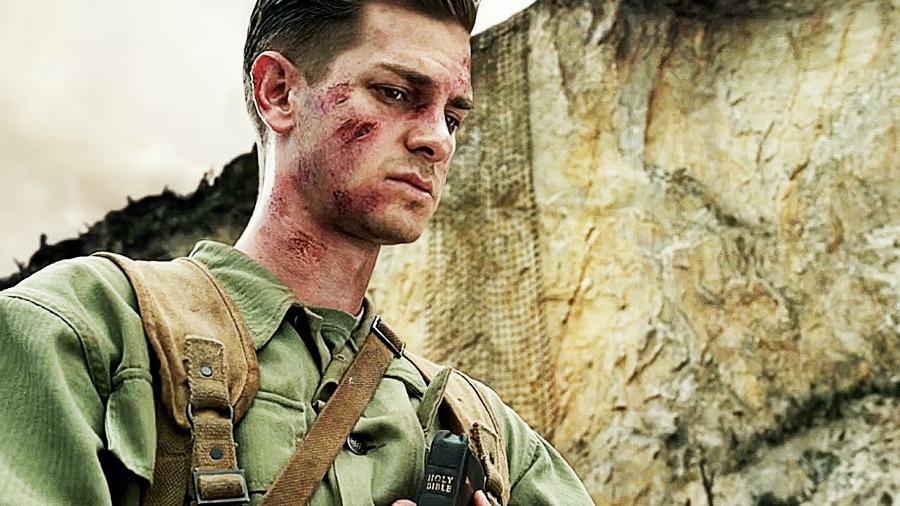 Andrew Garfield on 'Hacksaw Ridge,' 'Silence' and the Absurdity of War 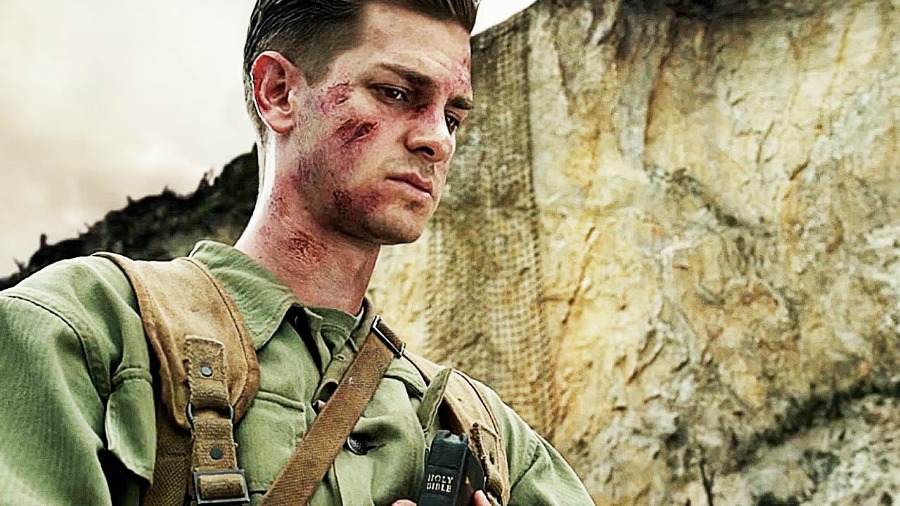 Andrew Garfield is having a moment.

Not just in his life, but in our lives, too. In November and then again in December, we get to see him star in two movies, Mel Gibson's Hacksaw Ridge and Martin Scorsese's Silence, in which he plays characters from different times who are both men driven by their faith.

In Hacksaw Ridge, he plays real-life war hero Desmond Doss, a Seventh-day Adventist who became the first conscientious objector to win the U.S. Congressional Medal of Honor for saving lives on the battlefield during World War II despite his refusal to carry a weapon. In Silence, he plays a 17th-century Jesuit priest who travels to Japan to promote Christianity and locate his mentor, who's gone missing.

For Garfield, shooting both films back-to-back had a profound effect on his life, and with Hacksaw already drawing raves the actor has a decent shot at his first Oscar nomination. Fandango spoke with Garfield recently about filming crazy action scenes with Mel Gibson, spending a year preparing to make a movie with Martin Scorsese, and how his own spirituality helped inform both performances.

Fandango: You play characters who define themselves by their Christian faith in two movies opening almost a month apart, Hacksaw Ridge and Silence. As somehow who comes from a Jewish family, what drove your decision behind taking on both parts?

Andrew Garfield: I wasn’t actually raised Jewish. My father is Jewish and that side of my family is Jewish, but he’s nonpracticing and left the faith as a young boy, of his own volition. My mom is a kind of pantheist, and my father became an atheist but I think he’s now coming around to some kind of higher power.

Fandango: So where did that leave you?

Garfield: Well I was raised with all this space around me, spiritually speaking. And that has really continued, but what it engendered in me is a great deep hunger for answers, and I’ve been a spiritual seeker since I was a kid. I was always fascinated with people like Mahatma Gandhi and Jesus, and John Lennon and Martin Luther King.

Garfield: Yeah, these were the people that I was drawn to at a very young age, even before I was a teenager. They were the people who fascinated me. The mystery of their existence and the mystery of their acts of love and devotion. I just found it so alluring an admirable. So I guess it’s always been in me, this deep longing, and I found storytelling — filmmaking, theater making — to be a spiritual pursuit, and a spiritual act.

[Hacksaw Ridge and Silence] came along and I jumped because I thought, well, it was just an instinctive thing. These are two men of faith — two men going through incredible trial while attempting to hold on to their integrity and their sense of faith, their sense of a just world, a just god and how tricky it is to stay true and stay on the path. It’s a fascinating thing, and you can apply it to any part of your own life in the same way. How am I getting veered off my own path? How am I making decisions that support or denigrate my reason for being on this Earth. 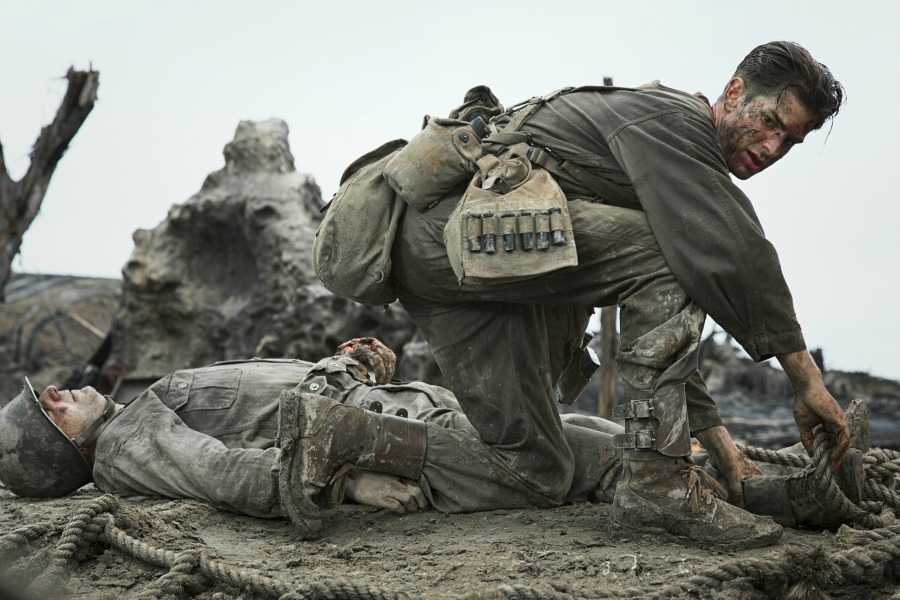 Fandango: What’s their reason, these two characters you play?

Garfield: Well I think the reason for these two characters is to love. To come from a place of love, and to offer it from a place of love. Desmond [Doss] especially — he’s a figure and a symbol. Mel [Gibson] likes to say that this isn’t a war story, it’s a love story because the overriding feeling of this film is about how do we love each other enough to heal each other instead of kill.

Fandango: So essentially your freedom to explore any kind of spirituality as a kid drew you closer to spirituality, but not necessarily a religion...

Fandango: Director Mel Gibson is a man of faith and also a man of controversy — what was your first conversation with him like? Was it him convincing you to do the movie, or you convincing him you were the right guy to do it?

Garfield: It was more of us just meeting each other and finding out if we wanted to spend six months together. Luckily we both got to know each other in a deep way, and we came to really love each other. That was really vital in order to tell a story that is so important. We don’t want any egos getting in the way, and it was just important to be on the same page. One conversation we had was about religion, and that it was very important to me that this wasn’t a film about Christianity so to speak, but a story about faith and spirituality. Desmond is a Christian man, but his actions transcend his religion, I think. 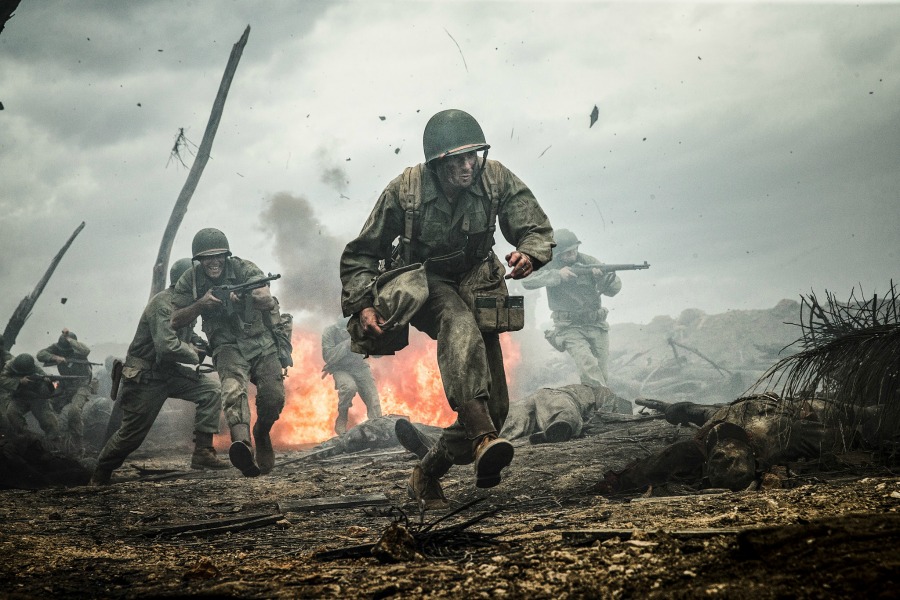 Fandango: Those actions involved lowering a ton of wounded soldiers off a huge ridge in the middle of the night, essentially saving many lives. That had to be wild to shoot.

Garfield: It’s all practical, too! If the guy I was lowering wasn’t in the shot, they would put a weight on the bottom of the rope so that I would have something to resist. It’s Mel -- he’s incredibly good at shooting these battle sequences in a way that makes you feel like you are in the thick of it with the characters, and that is such an incredibly rare talent.

I remember watching Apocalypto and I felt like I was at an amusement park; that I was on a roller coaster ride I didn’t want to get off. And that’s the affect that Mel is able to have just by the way he frames things and the way he visualizes things and makes them a reality.

Fandango: The war sequences in Hacksaw Ridge are brutal and hard to watch at times. What was shooting those scenes like on set? Was it just as intense filming it as it is watching it?

Garfield: I think you naturally take on the rhythm of what it would’ve been like where it’s incredibly intense and full of adrenaline and everything is firing off all at once. And then there’s swaths of downtime that you would have in a battle situation, where the adrenaline is still firing but the exhaustion is so great that you get giddy and punch-drunk. 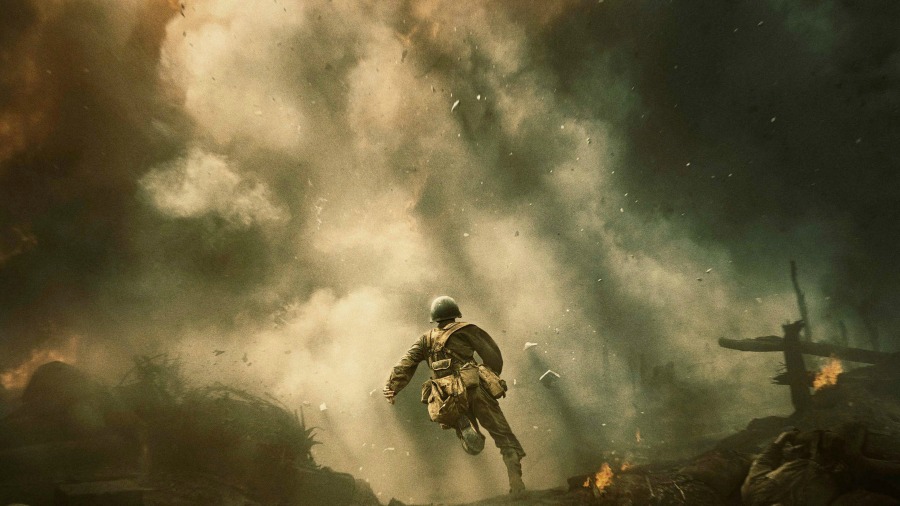 Fandango: There’s definitely a disconnect when it comes to war. People get it, but when you see some of the scenes and what these guys had to go through, they really don’t get it. It’s impossible to get.

Garfield: I mean, how do you handle losing your brothers? How do you deal with seeing the man you spent the last two years with training have his face blown off right beside you? How do you handle that? The human psyche and the human heart I don’t believe can process and absorb that information without terrible trauma, and actually having to perceive it as absurd, which it is. War is absurd. And I think it’s summed up and expressed most eloquently for me in the moment Desmond comes across the Japanese soldier in the tunnels.

Fandango: That’s one of our favorite scenes in the movie because it’s so thrilling and yet peaceful and kind of lovely.

Garfield: It is--he comes across this wounded Japanese soldier and without hesitation he begins treating him. He doesn’t see skin color, he doesn’t see a difference in uniform. But there is a moment for Desmond after he administers morphine and looks in the guys eyes, you can see this little crack occur in the psyche for Desmond, where his mind begins to scatter and the trauma really starts to become visible. I find that particular scene to be so heartbreaking and so beautiful because you really are privy to the absurdity of anonymous men fighting anonymous men, and then one look in the eye and there’s a whole history there. It’s harrowing and heartbreaking, and vitally important for us to consider when it comes to all the men and women who are returning home from serving their countries. 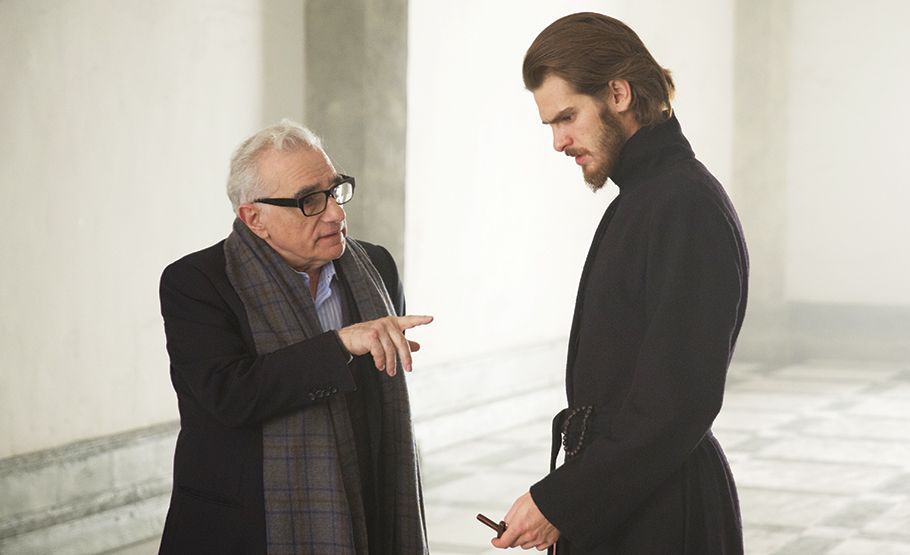 Fandango: Not many people get to work with two prolific directors like Martin Scorsese and Mel Gibson back-to-back. What was the biggest thing you took away from working with each of those men?

Garfield: Oh my, it’s immeasurable what I have experienced and been filled up with, spending time with Marty and then Mel. Being on set with them, and being in the artistic act with both of those guys has been one of the great joys of my life. Especially with Marty because [Silence] has been a passion project for him That he's been trying to make it for 30-odd years. There's something very humbling about being on that journey with him, even if I was only involved for two-and-a-half to three years.

I had a whole year to spend preparing for [Silence]. I got to spend a lot of time with Marty and with Jesuit priests; one in particular being Father James Martin, who's become a real mentor to me and a spiritual director for me, basically. Teaching me about all things Jesuit in a visceral way, not just an intellectual way. In a "lived" way. I just fell in love with the whole process of what it is to be a Jesuit priest, and I took that experience directly into working with Mel [Gibson] and in trying to get under the skin and into the heart of Desmond Doss. It’s been a blessing, really. The year of making these two projects was just a very rich blessing.