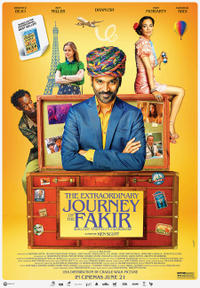 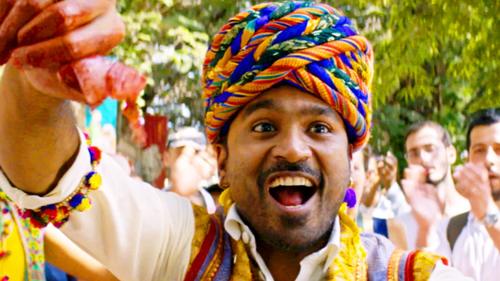 The Extraordinary Journey of the Fakir

After his mother’s death, a young fakir from the streets of Mumbai, AJATASHATRU or ‘AJA’ (“Dhanush”), leaves India for France to track down the father he never knew. From the moment he arrives in Paris, nothing goes as planned. Aja falls in love with a young American woman (“Erin Moriarty”) having an existential crisis, wakes up in a truck full of Somalian Refugees (“Barkhad Abdi”) headed for England, is held hostage in a bureaucratic war, sorts out the love life of a Movie Star (“Berenice Bejo”), gets shot at by a hitman in a Roman palace, travels by private jet, merchant ship and hot-air balloon, and becomes a rich man for the span of a few hours. As Aja finds himself helplessly shipped from Folkestone to Barcelona, and from Rome to Tripoli, what was initially supposed to be a simple visit to Paris to discover his father’s identity turns into a veritable odyssey.