In his role as eager-to-fit-in exchange student Fez on the enduring and popular Fox sitcom That '70s Show, actor Wilmer Valderrama mangled the popular lingo of the eponymous decade with gleeful abandon. Though removed from his small-screen persona, the handsome actor can give the impression of a young Benicio Del Toro. His dorky and personable charm as Fez endeared him to television audiences, making him one of That '70s Show's defining personalities.

Born January 30th, 1980, Valderrama is a Miami native whose family relocated to Venezuela when he was three years old; the aspiring actor would eventually return stateside to pursue a career in the entertainment industry. Valderrama joined the cast of That '70s Show shortly before finishing his high-school education at William Howard Taft High School in 1998, and three short years later, the television mainstay made his feature debut by taking to the diamond with a supporting role in the romantic teen comedy Summer Catch. Guest appearances on Grounded for Life and That '70s Show co-star Ashton Kutcher's hidden-camera prankster series, Punk'd, were quick to follow, and in 2003, Valderrama essayed the role of DJ Keoke in the flashy true-crime drama Party Monster. Based on the exploits of murderous club-kid Michael Alig, the film offered Valderrama an opportunity to truly separate himself from his popular small-screen persona. With That '70s Show still going strong in 2004, the popular television star's voice could also be heard in the animated children's film Clifford's Really Big Movie. 2006 found the actor playing a small supporting role for the scathing message movie Fast Food Nation, and took on the role of Detective Efrem Vega for the NBC television series Awake.

Valderrama continued to concentrate on TV, booking guest arcs on shows like Suburgatory and Raising Hope before settling into more stable work with regular gigs on From Dusk till Dawn: The Series and the short-lived Minority Report series. In 2016, he joined the cast of NCIS for the 14th season of the show.
— Jason Buchanan, Rovi 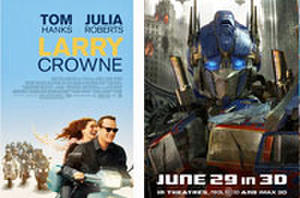