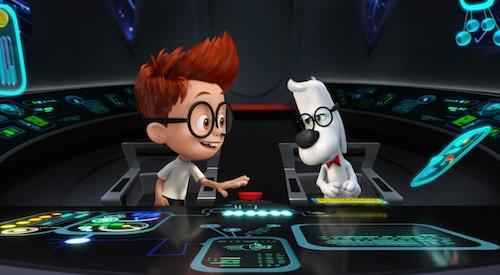 Which Classic Cartoon Characters Deserve Their Own Movie? 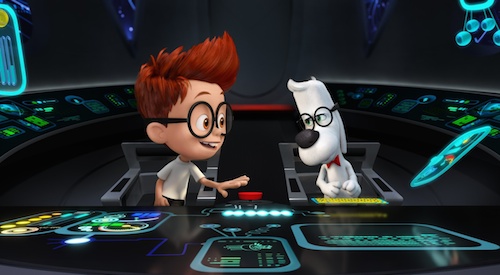 The new animated feature Mr. Peabody & Sherman has been a long time coming. Not just in that the characters were first introduced on television 55 years ago but also in that director Rob Minkoff (The Lion King) has been developing it for 12 years.

Eventually it was made at Dreamworks Animation, which has since acquired the company that owns these and other classic cartoon characters. Basically, the next movie attempted from a property like Peabody's Improbable History should be a little easier and maybe a lot faster.

Classic Media was the name of the acquired library of characters and brands, now renamed DreamWorks Classics, and among its holdings and licensing rights are Mr. Peabody and Sherman's old show mates Rocky and Bullwinkle, as well as Mr. Magoo, Gerald McBoing-Boing, Casper the Friendly Ghost, Richie Rich, Gumby, Voltron, Dudley Do-Right, George of the Jungle, Felix the Cat, He-Man, She-Ra, Roger Ramjet, Underdog and many more.

Some of these have already made their way to the big screen in the past. But that doesn't mean they won't be given another shot. In fact, Rocky and Bullwinkle already star in a new animated short, which is supposed to precede Mr. Peabody & Sherman in theaters.

For the sake of today's discussion, we don't have to limit our options to the cartoons and characters owned by Classic Media. Plenty of old favorites are just as ripe for a resurrection. We recently heard that a Chip 'n Dale Rescue Rangers movie is in the works. And there's a new Charlie Brown and Snoopy movie on the way, too.

Do you have a beloved classic cartoon that you'd like to see turned into a movie? Feel free to pick out something fairly obscure, like The Hair Bear Bunch or Jabberjaw or Shirt Tales.

Below are a few suggestions we received via Twitter.

@thefilmcynic I would love for a Mickey Mouse and Oswald the Lucky Rabbit team-up on the big screen.