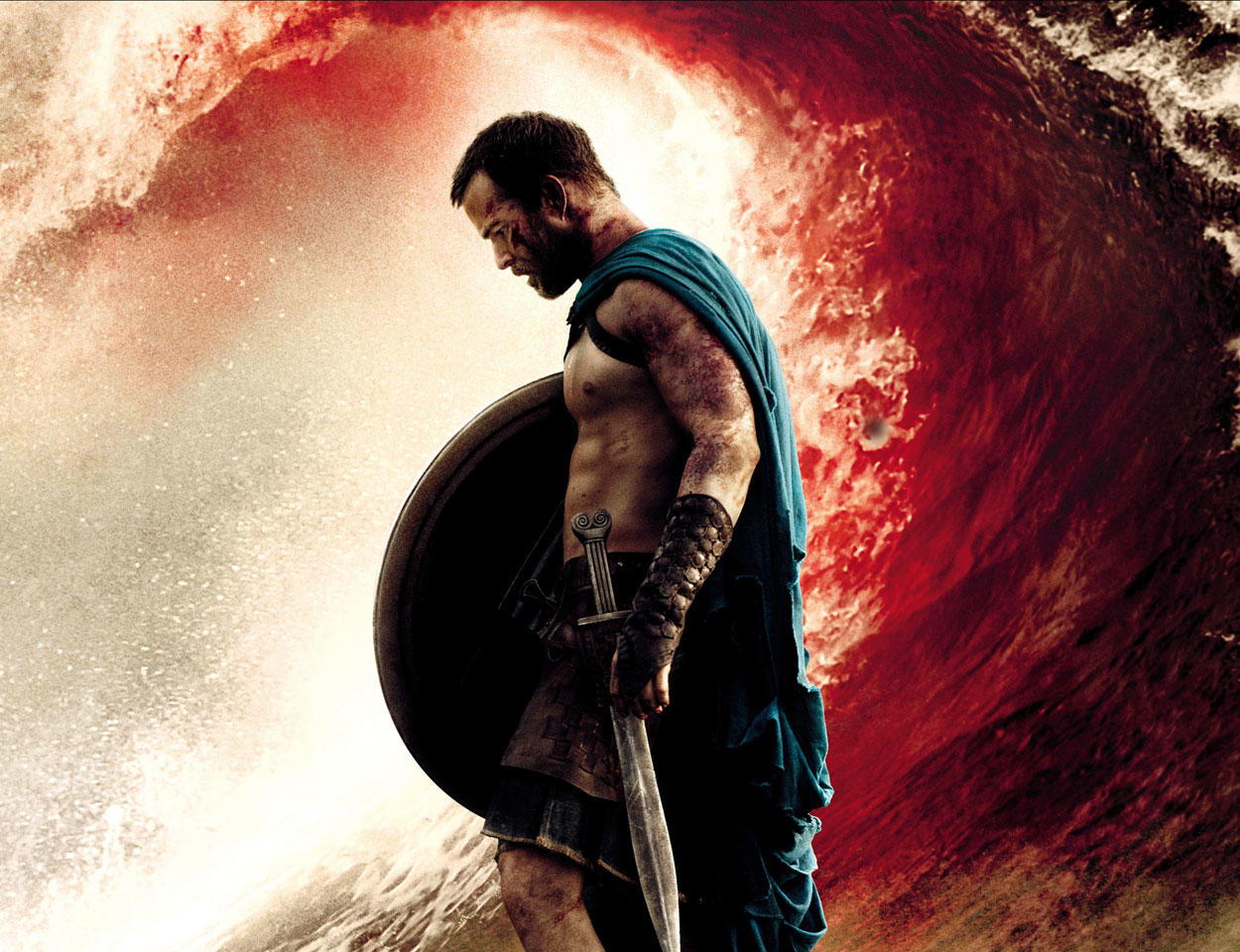 The Most Awesome Slo-mo Scenes in Movie History

Slow-motion scenes are staples of the action-movie genre. In the right hands, they become signature set pieces and film iconography. In the wrong hands, you get giggles and lots of eye rolling.

As 300: Rise of an Empire battles its way into theaters this Friday, the over-cranked action of Zack Snyder's original 300 returns to get genre fans fist-pumping in the audience. To celebrate the film's release, here are 10 of our favorite slo-mo action scenes. After you enjoy this one from Rise of an Empire, that is:

Neo's first trip through the Matrix is his best. While his bullet-time dodge of an agent's firepower is iconic, the film's most fun use of the then-pioneering effect when Neo and Trinity go trigger happy in some poor office building's lobby. "Whoa" indeed.

Before John Woo hit hard times with movies like Windtalkers and Paycheck, the master of slo-mo gunfights featuring doves arguably hit its stride with Hard Boiled. So many great scenes, but this end-all-be-all gun battle in a hospital may just be the best.

Zack Snyder never met a scene he couldn't over amp. For better or worse, Snyder's hit 2005 film is the reason why so many filmmakers have adopted his signature approach to action set pieces as their own. We'll stick with the original.

A bloody mix of under-cranked and normal-speed violence that inspired at least eleventy million action movies that followed it. From six-shooters to vintage gatling gun, director Sam Peckinpah fills the action-packed climax with both gritty gunplay and emotional gut punches concerning the fates of our titular characters.

Cinema is full of homages and parodies to this iconic sequence from De Palma's 1987 hit, and for good reason. If there is another scene out there that milks so much sustained tension with the slo-mo, we don't wanna know about it.

Quite possibly the best, most artistic thing Zack Snyder will ever execute. Watch.

8. Face/Off: Nic Cage Dives While Shooting, Audiences Better for It

John Woo's best American film is pure guilty pleasure fuel. This 1997 action film is proof that Nic Cage used to appear in ridiculously fun movies, instead of just ridiculous ones.

In Christopher Nolan's plot-twisty masterpiece Inception, the director grounds the slow motion in his film's reality. The visual device isn't used because "it looks cool;" it's critical to the plot and rules of the movie, which is why it's awesome.

10. The Hurt Locker: Run Away from the Explosion

This 2009 Best Picture winner contains many gritty, tense scenes. But its most iconic involves the most panic-breath-inducing bomb sequence ever.

Next Article by Jennifer Gilbert

5 Animated Movies That Could Have Won Oscars

5 Animated Movies That Could Have Won Oscars