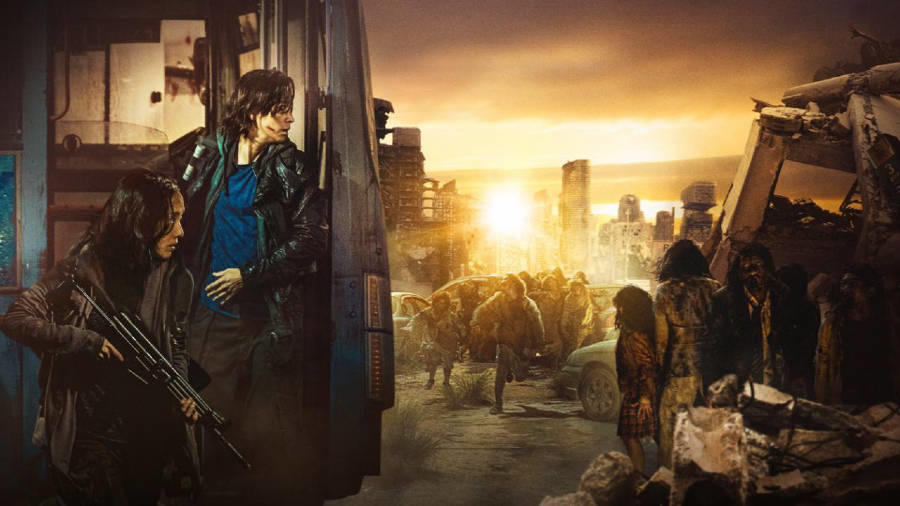 What to Watch on FandangoNOW: ‘Train to Busan Presents: ‘Peninsula,’ ‘The Craft: Legacy’ and More

Zombies continue to overrun South Korea in the standalone sequel/spinoff Train to Busan Presents: Peninsula. This installment, also directed by Train to Busan’s Yeon Sang-ho, follows a soldier who had escaped the country but now must return on mission to retrieve a truck full of money. The new movie is now available to purchase digitally on FandangoNOW.

Also new and recommend this week to rent or buy is Dawn Porter’s The Way I See It, a film about Pete Souza, the official White House photographer under the Reagan and Obama Administrations. And then returning to digital is Bong Joon-ho’s 2003 crime thriller Memories of Murder, which marked the filmmaker’s first of many collaborations with star Song Kang-ho.

The obvious choice for a pairing with Train to Busan Presents: Peninsula is its precursor, Yeon Sang-ho’s Train to Busan. The original is one of the best zombie films in recent years and follows a father attempting to survive the undead pandemic with his young daughter. And right now, you can buy both installments together in a two-movie collection and save money.

The Way I See It is Dawn Porter’s second release this year, so I recommend pairing it with her first, John Lewis: Good Trouble, about the late Civil Rights activist and U.S. congressman. For Memories of Murder, you can actually now buy that with Bong’s Best Picture-winning Parasite, which also stars Song Kang-ho, in a two-movie collection and save money.

What are some great Halloween-set movies to rent this month?

This weekend is Halloween, and while many movie lovers spend the holiday watching classics of the horror genre, there are plenty of titles set on Halloween that aren’t meant to be that scary. You can start with the 1944 black comedy classic Arsenic and Old Lace starring Cary Grant as a man who discovers his two elderly aunts are poisoning men and burying them in the yard.

Of course, there are also the Disney movies Hocus Pocus, which is due for a late sequel soon, and The Nightmare Before Christmas. Also, the underrated Joe Dante black comedy Burying the Ex starring the late Anton Yelchin. And let’s not forget the memorable Halloween scenes from Mean Girls, E.T. the Extra-Terrestrial, The Karate Kid and Meet Me in St. Louis.

While the aforementioned collection of Bong Joon-ho’s Memories of Murder and Parasite is for purchase only, you can also rent a few of Bong’s movies together and save money. The three-film Bong Joon-ho Collection includes his features Mother, Barking Dogs Never Bite and The Host, the last of which is another team-up between the filmmaker and actor Song Kang Ho.

Since I already recommended watching The Karate Kid for its Halloween sequence, you might as well rent the entire original Karate Kid trilogy, which is available as a binge bundle three-film collection. And since I already recommended Burying the Ex, you might as well rent the double-feature binge bundle including that and another underrated Anton Yelchin movie: Odd Thomas.

More recent films with anniversaries include The Legend of Zorro and the Nicolas Cage drama The Weather Man, both of which turn 15, and the James Gandolfini and Kristen Stewart drama Welcome to the Rileys and Gareth Edwards’ Monsters, both of which turn 10. Going back further to bonafide classic territory, the iconic James Dean movie Rebel Without a Cause turns 65.

Whether you missed it in theaters or want to watch it again at home, the long-awaited Marvel Comics movie The New Mutants is coming to digital on November 17. Once tied to the X-Men franchise, the standalone feature stars Anya Taylor-Joy, Maisie Williams and other young actors as teenagers with mutant powers who have been sent to an institution for study and treatment.

Coming out the same day on digital is Dreamland, a new period-set crime drama. The movie features two-time Oscar-nominee Margot Robbie starring as a bank robber alongside Garret Hedlund (Tron: Legacy) and relative newcomer Finn Cole (soon to be seen in F9), who plays a teenager who turns to bounty hunting in order to save his family farm.