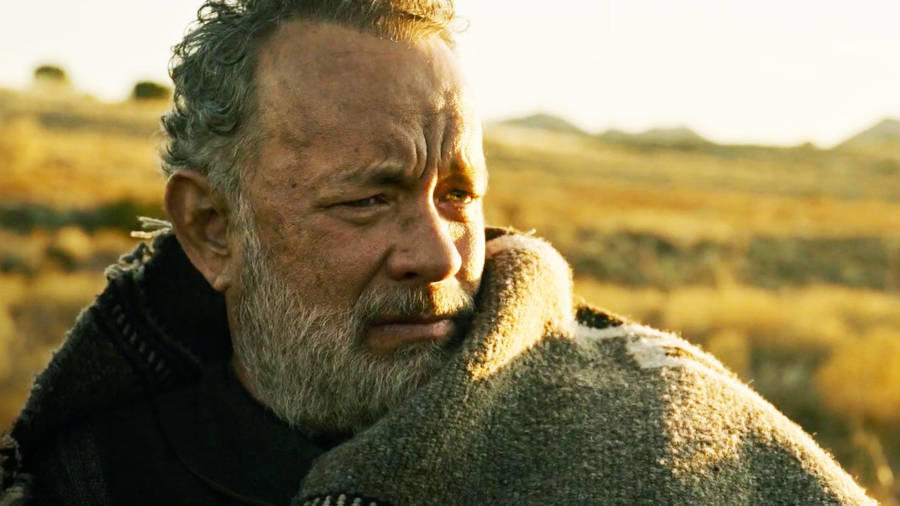 What to Watch on FandangoNOW: ‘News of the World,’ ‘Promising Young Woman,’ ‘Synchronic’ and More

Synchronic, a time-travel drama from Justin Benson and Aaron Moorhead (The Endless), is one of my favorite science fiction movies of 2020 and now available to buy digitally. Anthony Mackie (the MCU’s Falcon) gives an emotionally engrossing performance as a New Orleans detective investigating a new drug that transports its users randomly into the past, usually with deadly consequences. Jamie Dornan (Fifty Shades of Grey) co-stars as his partner, whose daughter goes missing after taking the drug.

I’m also a fan of Songbird, the Michael Bay-produced sci-fi thriller set a few years from now when the world is worse off because of the coronavirus pandemic. Now available for digital purchase, this movie was conceived, filmed and released all after the COVID-19 lockdown last spring and does an impressive job of delivering an ensemble B-movie for our times. Peter Stormare (Fargo) is a hammy delight as the villain, but Sofia Carson, best known for Disney’s Descendants franchise, is the one to watch.

Speaking of Disney’s Descendants, the late actor Cameron Boyce  is among the former child stars spotlighted in Alex Winter’s documentary Showbiz Kids, now available for digital purchase and a must-watch for all entertainment fans. Other new docs to check out include A Thousand Cuts, which takes a critical look at Philippine President Rodrigo Duterte’s use of social media, and The Dissident, a nonfiction thriller about the murder of journalist Jamal Khashoggi from Oscar-winning director Bryan Fogel (Icarus).

Sticking with relatively new releases, I think Synchronic pairs well with another recent low-budget sci-fi indie called Parallel, in which a group of friends discovers a portal to an alternate timeline. And Songbird goes well with the Gerard Butler-led Greenland, a surprisingly well-confined disaster drama following a family’s attempt to get to shelter when a comet heads straight for Earth. And finally, there’s Alex Winter’s other essential 2020 documentary, Zappa, about the one-of-a-kind music icon Frank Zappa.

Two more of the best movies of 2020 arrive on digital as Home Premiere rentals this Friday, January 15. First, there’s Tom Hanks in News of the World, which reunites the actor with his Captain Phillips director Paul Greengrass. The two-time Oscar-winner plays a Civil War veteran who finds a little girl in the wilderness of Texas and embarks on a journey to return the child to her family. Come for the mix of adventure and heartwarming drama and stay for the expansive Western cinematography by Dariusz Wolski.

The other movie out Friday is Promising Young Woman, a darkly funny yet shockingly twisted rom-com-turned-thriller starring Carey Mulligan in one of the most buzzed-about performances of the year. She plays the titular Cassie, a med-school dropout who spends her nights ensnaring would-be sex offenders as a sort-of vigilante on a personal mission. But when she reconnects with an old classmate, played by the hilariously charming Bo Burnham, her life takes a new course — and not the one you expect.

What are some great movies about Martin Luther King, Jr.?

With Martin Luther King Jr. Day coming up this weekend, I want to highlight some movies about the civil rights leader. For the biopic variety, there’s Ava DuVernay’s Oscar-winning drama Selma, starring David Oyelowo, and Boycott, starring Jeffrey Wright. Then there are a number of documentaries, including the 1970 Oscar-nominated feature King: A Filmed Record…Montgomery to Memphis, 1994’s Dr. Martin Luther King, Jr.: A Historical Perspective and the more recent feature King in the Wilderness.

The beloved romantic drama Save the Last Dance, starring Julia Stiles and Sean Patrick Thomas, turns 20 years old this week, while Julie Dash’s Daughters of the Dust premiered at Sundance 30 years ago. Federico Fellini’s Ginger and Fred turns 35 and the James Bond-spoofing spy comedy Our Man Flint turns 55. This is also another big week for TV anniversaries, as Hill Street Blues turns 40 and the campy ‘60s Batman series turns 55. Each of these shows is available to purchase digitally by the season.

Can you recommend any great binge bundles to rent or buy?

From Bridesmaids writers Kristen Wiig and Annie Mumolo, the comedy Barb and Star Go to Vista Del Mar arrives on digital in exactly one month, on February 12. Wiig and Mumolo also star in the movie as the titular Midwestern duo, a pair of best friends who, you guessed it, go to Vista Del Mar. While experiencing the beach vacation of a lifetime on Florida’s Gulf coast, the women find romance as well as adventure when a villain threatens to kill everyone in the resort town. Watch the brand new teaser: