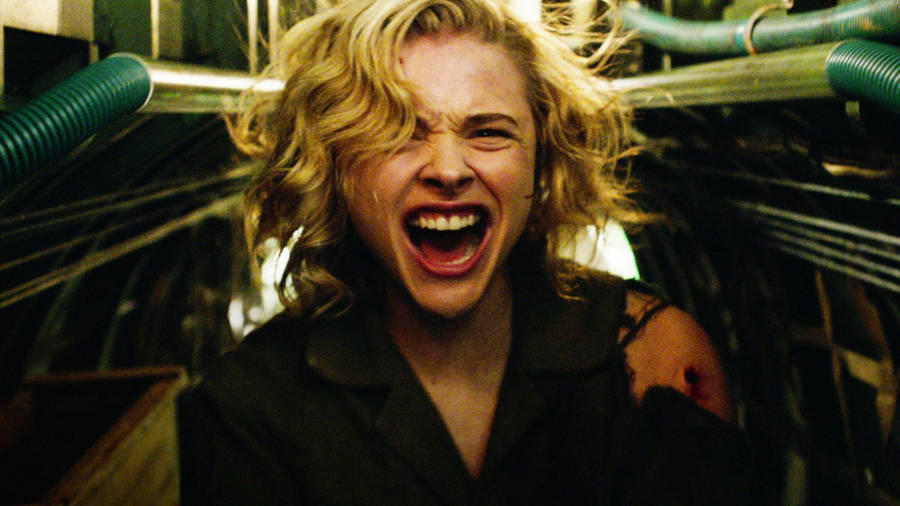 Roseanne Liang’s Shadow in the Cloud is the first must-see movie of 2021, offering action, horror and a dash of feminism. Chloe Grace Moretz (Kick-Ass) stars as a Flight Officer delivering important documents during World War II. While aboard the B-17 bomber escorting her on the mission, she experiences sexist behavior from the crew and encounters a literal monster causing the mechanics of the plane to malfunction. If you’re familiar with military lore of the period, you can guess what kind of monster.

Two-time Oscar-winning cinematographer Janusz Kaminski (Schindler’s List, Saving Private Ryan) takes the helm as director of American Dream, a new crime drama starring Michiel Huisman (Game of Thrones) and Luke Bracey (Point Break) as construction-entrepreneur brothers who mistakenly find themselves mixed up with the Russian mob. Nick Stahl (Terminator 3: Rise of the Machines) plays the relentless and ruthless crime boss who wants to take over their business whether they’re on board or not.

Even if you haven’t guessed the type of creature causing trouble in Shadow in the Cloud (shown in full view in the trailer, by the way), it’s still not a spoiler to recommend Gremlins as a movie to pair with the new release. Or, if you want something a little more similar and have less time to spare, rent Twilight Zone: The Movie for the "Nightmare at 20,000 Feet” segment. And for another fun World War II monster movie, check out Overlord.

What are some great movies about new beginnings?

It’s a new year, and after the last one many of us are looking forward to better horizons. That might mean making bigger resolutions, starting something fresh in our lives or completely uprooting and changing course. Martin Scorsese’s Alice Doesn’t Live Here Anymore is a great example of a movie about starting over, and it features an Oscar-winning performance by Ellen Burstyn. The original The Karate Kid is also a great movie about starting a new life in a new town with a new passionate hobby

Other movies about reinvented lives include Tom Hanks’ back-to-school rom-com Larry Crowne, which co-stars Julia Roberts, whose Eat Pray Love also fits the theme. There’s also the Will Ferrell dramedy Everything Must Go, the Oscar-winning Japanese drama Departures, the bestselling memoir adaptation Under the Tuscan Sun and the Reese Witherspoon-led Wild. And there’s also the new Liam Neeson movie Honest Thief, which is an example of the common story of a criminal going straight.

Most of this week’s notable anniversaries belong to television series, all of which are available to buy digitally by the season, including the iconic British spy show The Avengers, which turns 60. And turning 10 this week, there’s the ongoing American version of Shameless, the animated comedy Bob’s Burgers and the excellent PBS educational cartoon Wild Kratts. Also, Downton Abbey made its way to American televisions 10 years ago this week.

Watch The First 9 Minutes Of 'The Last Shift'

Watch The First 9 Minutes Of 'The Last Shift'