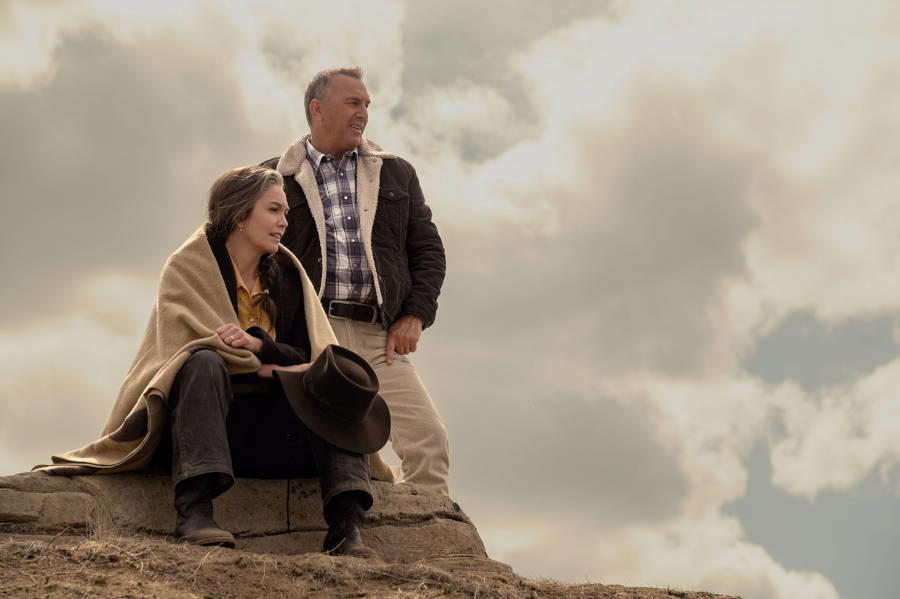 Thomas Bezucha’s Let Him Go is now available to purchase digitally following its Home Premiere rental release last fall. The 1960s-set Western-ish drama reunites Kevin Costner and Diane Lane (last seen coupled as Pa and Ma Kent in Man of Steel) as a retired sheriff and his wife who set off on a quest to find their imperiled young grandson after their son dies and his widow takes off with an abusive new husband.

This week also brings two acclaimed comedies. Evan Morgan’s The Kid Detective perfectly stars Adam Brody (Ready or Not) as a former teen sleuth who is now in his thirties and out to solve his first major case as an adult. The premise is genius, and it follows-through wonderfully. Michael Angelo Covino’s The Climb, which won a prize at the Cannes Film Festival, follows best friends through a number of years as their bromance is strained.

You’ll also find some laughs in one of two must-see documentaries newly out on digital: Lance Oppenheim’s Some Kind of Heaven. The quirky film spotlights residents of America’s largest retirement community and is more entertaining than you’d expect. The other recommended doc is Ryan White’s Assassins, a real-life spy thriller about two young women who were conned into committing one of the biggest political assassinations of our time.

I recommend pairing Let Him Go with Clint Eastwood’s A Perfect World, a 1960s-set Western-ish drama in which Costner plays an escaped convict who kidnaps a young boy. The Climb pairs well with the more-mainstream comedy I Love You, Man, which stars Paul Rudd and Jason Segel in a new bromance rather than as longtime buds. For The Kid Detective, I recommend a pairing with Rian Johnson’s feature debut, Brick, which stars Joseph Gordon-Levitt as the teenage version of a hardboiled film noir detective.

What are the favorite movies of the new President and Vice President of the United States that can be watched now?

As Americans inaugurate a new President of the United States and a new Vice President this week, let’s get to know the two through their favorite movies. In 2008, Joe Biden named the 1981 Best Picture-winner Chariots of Fire as his number one film. Kamala Harris has multiple favorites, including Black Panther, Logan, Wonder Woman, The Dark Knight, A Star is Born, Steel Magnolias, My Cousin Vinny, Antwone Fisher and Ratatouille.

Robert Rodriguez and Quentin Tarantino’s From Dusk Till Dawn arrived in theaters 25 years ago this week, while Big Night, Shine and Paul Thomas Anderson’s Hard Eight are celebrating the 25th anniversary of their Sundance Film Festival premieres. The Ethan Hawke-led Disney adaptation of White Fang turns 30 and Lina Wertmüller’s Seven Beauties, the first movie to earn a woman an Oscar nomination for Best Director, turns 45.

Going back further, the original version of The Beguiled, starring Clint Eastwood, turns 50, the classic Judy Garland musical The Harvey Girls turns 75 and the Humphrey Bogart and Ida Lupino action-drama High Sierra turns 80. More recent films with anniversaries include Super Troopers, In the Bedroom, Hedwig & the Angry Inch and Waking Life, which all debuted at Sundance 20 years ago, and Little Miss Sunshine, Friends with Money and An Inconvenient Truth, which premiered 15 years ago.

Can you recommend any great binge bundles to buy?

With the release of The Climb and the recommendation of a double feature with I Love You, Man, it’s a great week for buying buddy bundles, including Edgar Wright’s Three Flavours Cornetto Trilogy pack featuring Shaun of the Dead, Hot Fuzz and The World’s End, all of them starring Simon Pegg and Nick Frost. I also recommend purchasing the two-movie collection including Role Models, which also stars Paul Rudd, and Good Boys. And for the kids, get the bundle of The Secret Life of Pets and its sequel, since they’re like animated buddy comedies about dogs.