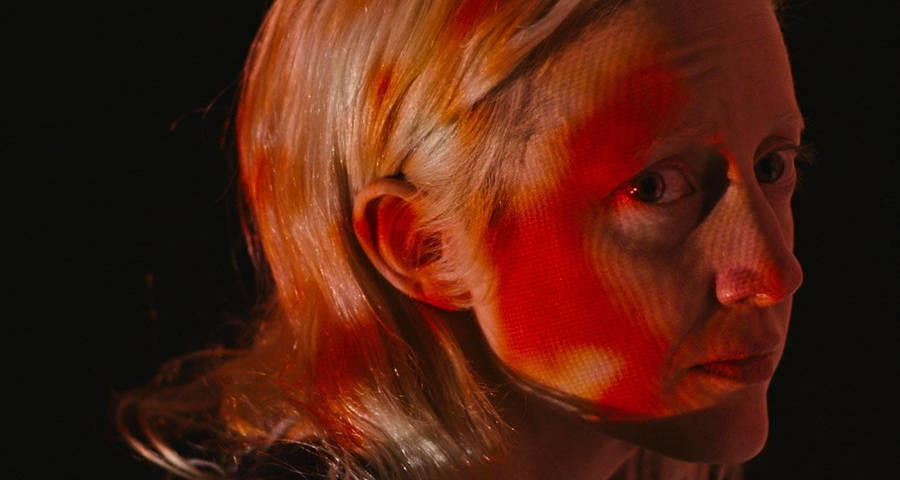 What to Watch on FandangoNOW: Brandon Cronenberg’s ‘Possessor,’ Eva Green in ‘Proxima’ and More

Eight years since he made his feature directorial debut with Antiviral, Brandon Cronenberg is back with the must-see horror-sci-fi flick Possessor, which is available uncut for digital purchase or rental. Andrea Riseborough (Mandy) stars in the movie as an assassin who possesses other people’s bodies in order to do her job more stealthily. But her latest takeover isn’t going so well.

What movies are great to pair with that new release?

Brandon Cronenberg’s latest could be paired easily with one of his father’s films: David Cronenberg’s eXistenZ and Possessor share an actress in Jennifer Jason Leigh and both involve assassins and futuristic technology. Leigh plays a virtual reality game designer forced to go on the run with a co-worker played by Jude Law. Fun fact: Brandon Cronenberg also worked on this film.

If you want something goofier to pair with Possessor, I recommend the 1984 comedy All of Me, one of many movies to team director Carl Reiner with funnyman Steve Martin. He plays an attorney who winds up sharing his body with Lily Tomlin when a mystical soul-transference process goes wrong. There’s a similar fight for control of the body, and slapstick ensues.

Coming out this Friday, November 6, Alice Winocour’s Proxima stars Eva Green as an astronaut dealing with single motherhood as she’s suddenly added to the crew of the first manned mission to Mars. Matt Dillon co-stars as a fellow astronaut who thinks she’s unfit for the job, and Lars Eidinger plays her ex-husband and father of the young daughter she’ll be leaving behind.

What are some great election movies to rent this week?

Today, Americans are back at the polls to choose the President of the United States for the next four years, so I’ve got some presidential election movies to recommend. There’s George Clooney’s The Ides of March, in which the actor/director also plays a presidential candidate, and The American President, in which Michael Douglas stars as an incumbent seeking reelection.

In Swing Vote, Kevin Costner plays an everyday citizen who winds up being the deciding vote in a presidential election. Shampoo follows a hairdresser, played by Warren Beatty, over the course of one day, which happens to be Election Day 1968. And Alexander Payne’s high school movie Election has nothing to do with a presidential race but is still a must-see any Election Day.

If nonfiction is more your interest this week, a number of great new documentaries focus on some element of the electoral process. Slay the Dragon looks at the practice of gerrymandering. The Fight showcases lawyers working for the American Civil Liberties Union, with one of its multiple stories tackling voting rights. And Kill Chain examines concerns with voting machines.

Can you recommend some great binge bundles to buy?

Going back further, the classic Barbara Streisand comedy The Owl and the Pussycat, the Christmas Carol adaptation Scrooge, the horror film Scars of Dracula and the sports documentary a.k.a. Cassius Clay all turn 50 years old this week. And the drama Butterfield 8, for which Elizabeth Taylor won an Oscar for Best Actress, celebrates its 60th anniversary.

The classic musical Guys and Dolls, the monster movie Tarantula and the Joan Crawford drama Queen Bee all turn 65, The Mark of Zorro turns 80 and Mutiny on the Bounty and the Marx Brothers comedy A Night at the Opera both turn 85. More recent films with notable anniversaries include the military drama Jarhead, which turns 15, and Danny Boyle’s 127 Hours, which turns 10.

Do you love the classic stories of Peter Pan and Alice in Wonderland? The family adventure Come Away, directed by Oscar winning filmmaker Brenda Chapman (Pixar’s Brave), imagines their titular characters as young siblings helping their parents — played by Angelina Jolie and David Oyelowo — during a time of grief. Look for that on FandangoNOW on November 13.