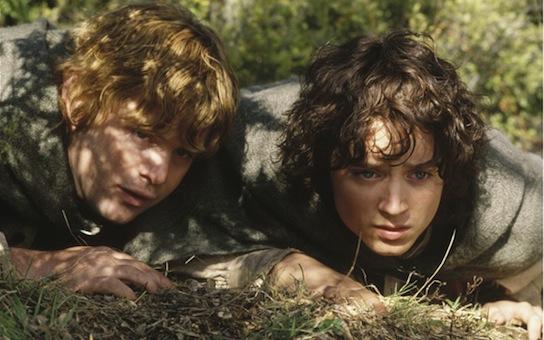 If you're not into Peter Jackson's adaptations of J.R.R. Tolkien, you probably think his Lord of the Rings and Hobbit movies are all the same. Hobbits and dwarves and wizards walking and walking and walking in a quest to reach some place and do some thing while encountering many perilous distractions and obstacles along the way.

On a basic level they are correct. But why, then, was last year's The Hobbit: An Unexpected Journey not nominated for Best Picture, as all three of the LOTR installments had been? It's not simply because the Academy felt it had been there, done that. Critics and audiences alike found the newer movie of Tolkien's Middle-earth stories to be of lesser quality than the earlier trilogy.

And now the second part of The Hobbit, The Desolation of Smaug, is being said by some to be an improvement over the last -- of course, there are also some critics who say they prefer An Unexpected Journey. They are definitely different kinds of movies, and the favor for one or the other may lie in your preference for a more linear story or a more digressively interrupted sort.

Almost everyone agrees the Lord of the Rings movies are still better. So, the question of which of Jackson's adaptations is the very best falls to one of these three. There's hardly a simple consensus, however.

While Hollywood chose the final installment, The Return of the King, to receive the only Best Picture Oscar among them, this award is largely viewed as recognizing the whole trilogy. Still, a lot of fans do indeed favor Return over The Fellowship of the Ring and The Two Towers. The reasons why can be as various as the number of minutes in these long, epic fantasy films, too.

This week, I polled Twitter users on their pick for the best Peter Jackson-directed Middle-earth movie, and this is the scattered result followed by a sampling of the tweets:

The Lord of the Rings: The Two Towers: 5

The Lord of the Rings: The Return of the King: 3

@thefilmcynic FELLOWSHIP, by a comfy margin. TOWERS was good. KING was ok but exhausting. HOBBIT was flat w/ only flashes of the old magic.

@thefilmcynic RETURN OF THE KING