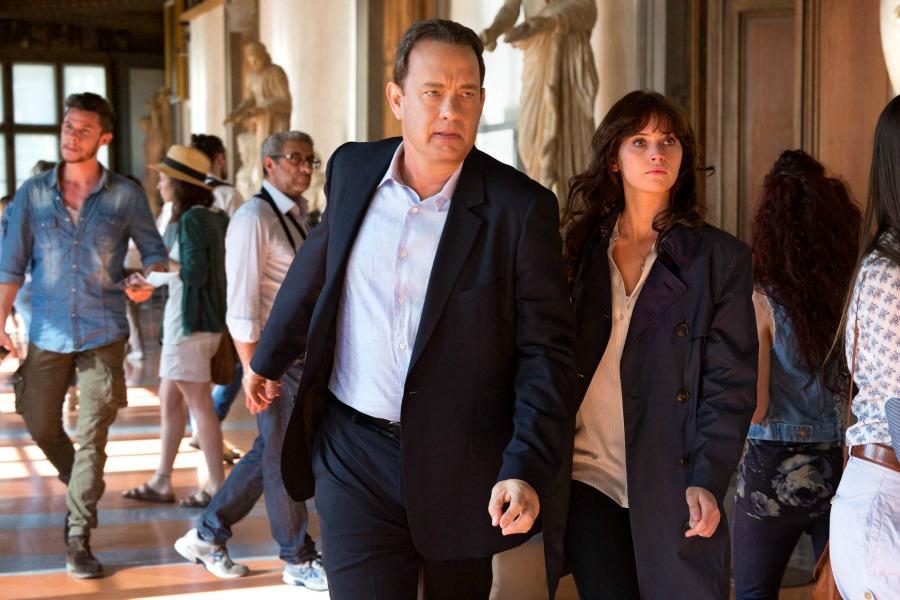 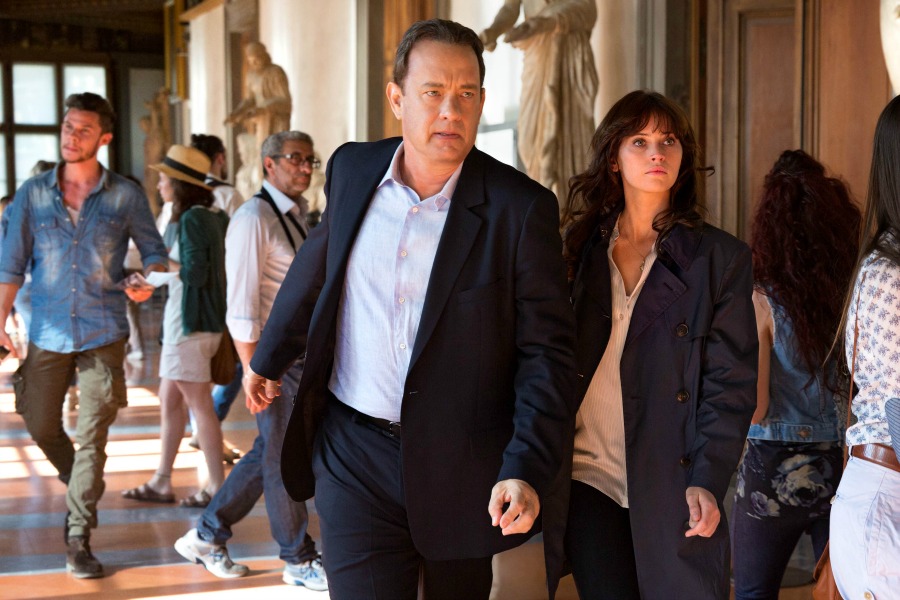 Director Ron Howard and star Tom Hanks reunite yet again on the big screen this October 28 in Inferno, their third adaptation of a Dan Brown-penned nail-biter, following 2006's The Da Vinci Code and 2009's Angels & Demons. Hanks is back as symbologist Robert Langdon, this time tasked with saving the world from a man-made plague created in the hopes of solving the planet's overpopulation crisis.

With Langdon battling a case of amnesia, he'll need the assistance of a hospital doctor (Felicity Jones) in his efforts to solve a series of puzzles inspired by Dante's Inferno. Of course there are nefarious individuals out to stop the duo as they race across Europe in what director Howard calls a "rich, modern thriller."

"Dante describes hell and basically creates the modern horror film at the same time," Howard told Fandango during a recent chat in advance of the newest Inferno trailer debut (see below). "Almost all of the details that he writes about in such graphic terms, Botticelli visualized. And here you've got Robert Langdon, this symbologist who has to sort of hurl himself through the symbols of hell to try to prevent the possibility of hell on earth."

Check out the new trailer, then stick around for more with Inferno director Ron Howard below. 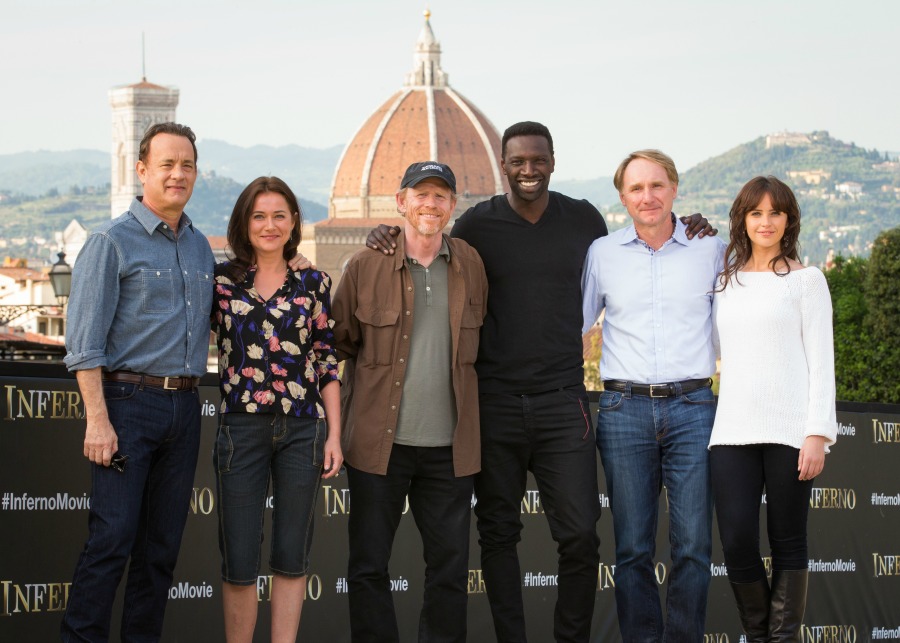 Fandango: Why come back for a third one in this series seven years after Angels & Demons?

Ron Howard: A lot of it has to do with what the Robert Langdon character is going through. It's a character Tom [Hanks] loves to play, but you learn so much more about Langdon as he goes through this particular gauntlet -- and it's a much more fascinating, more entertaining performance opportunity for Tom, and that appealed to me. I also felt that because the issue is not something that exists in the past -- it's about the moment and the near future; how overpopulation is the hot-button issue that author Dan Brown is asking us to focus on and build the mystery around -- that there's an immediacy to that and a modernity that changes the tone of this particular movie in a way that was visually and creatively exciting for me. As a result, I think the movie is edgier. Even Hans Zimmer's score is more cutting edge in the way its arranged and performed. 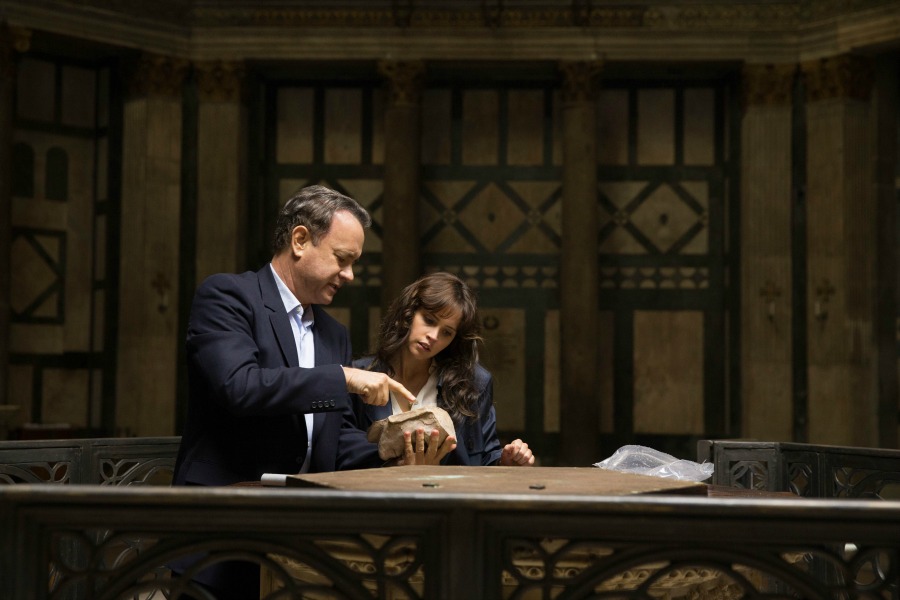 Fandango: Can people watch Inferno without having seen the previous two movies in this series?

Howard: Absolutely, 100% yes. These are each individual adventure stories, just as the Indiana Jones movies are all stand-alones. Unlike certain series where you sort of have to see them in some linear fashion to grasp it, that's not the case with the Robert Langdon mysteries. We tested it for people who had not seen the others, and they responded just as favorably as the people who did. And the vast majority of people who have seen the others said they liked it as much or even better than the previous two. As a filmmaker, that reaction certainly made me smile.

It's fast paced; it's fun to watch. Hanks has a great turn in this, and people love a fantastic Tom Hanks performance. The action, the pacing, the intensity of the suspense and the mystery is very satisfying for audiences.

Fandango: You mention Indiana Jones, and in a lot of ways Robert Langdon feels like a modern Indiana Jones. Was that series an inspiration for you while making these movies?

Howard: I think about [Sherlock] Holmes, and Indiana Jones only in so much as he's a man of ideas being drawn into action situations. But this is connected with deeper controversies, and it means that while the movies hope to be fun, they're also supposed to be genuinely provocative. That's what's remarkable about Dan Brown's writing and storytelling -- this combination of taking you on a journey that includes all these amazing places, delving into the past but making it relevant in the present, and giving you something that's fun and an escape, but when it's over it leaves you with something to think about. It's fairly unique, and I really enjoy telling these stories. I wasn't sure how creative I'd find the experience, and I really enjoyed it and was inspired by the opportunities the movie gave me. 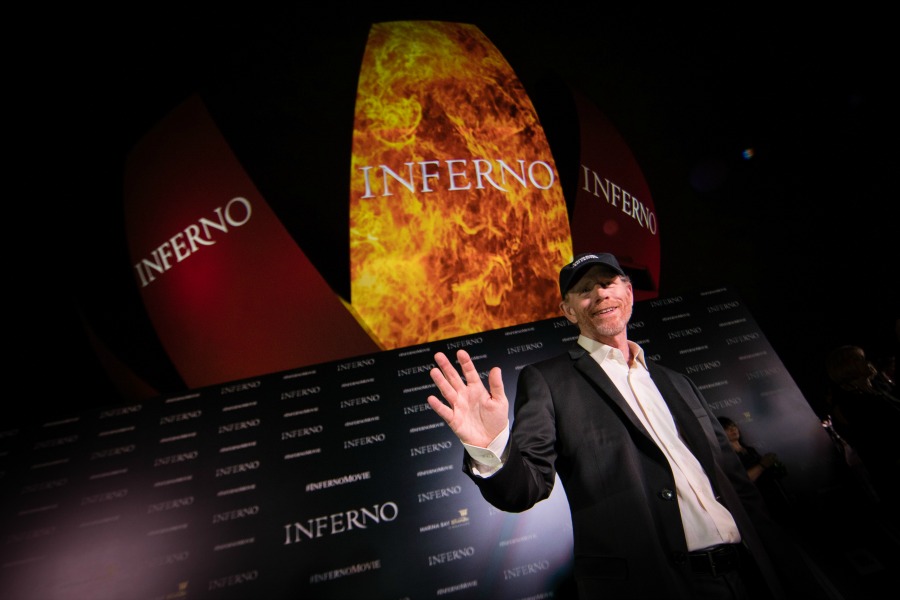 Fandango: There's been a lot of conversation around sequels this summer, with some doing well and some not so well. Is there a recipe for success when it comes to sequels that you've found, considering each of these Dan Brown movies has done really well?

Howard: I've never thought of myself as someone who'd be particularly engaged in sequels, and I wouldn't be involved in three movies with the same central character except that each of those stories, to me, suggested something different from a directorial standpoint, and offered audiences something that was not about cashing in on a previous success. That's been significant in every case. I don't have a real formula; I think audiences sense when there really is more to be told -- more that you're genuinely curious about -- instead of a bunch of professional moviemakers getting together and saying the last one was a hit, so let's come up with a sequel. I think audiences can smell the difference.

Fandango: Is this the last Robert Langdon movie for you and Tom Hanks, or are you guys up for more... like maybe adapting The Lost Symbol?

Howard: The Lost Symbol is terrific and Dan's writing another one right now. Tom Hanks and I basically pursue these as individual opportunities, and if the studio and Tom and myself and [producer] Brian Grazer all look at each other and say this is worthy of the audience's time and we know how to adapt it in a powerful way, that's when we go. It's not a mandate and we're not on a contract to do them, nor does the studio have to do them with us. But I will say -- and maybe it's the distance between the movies -- this has been a really fun, gratifying experience, and seeing how audiences have been responding makes me really eager to get it out there into the world. 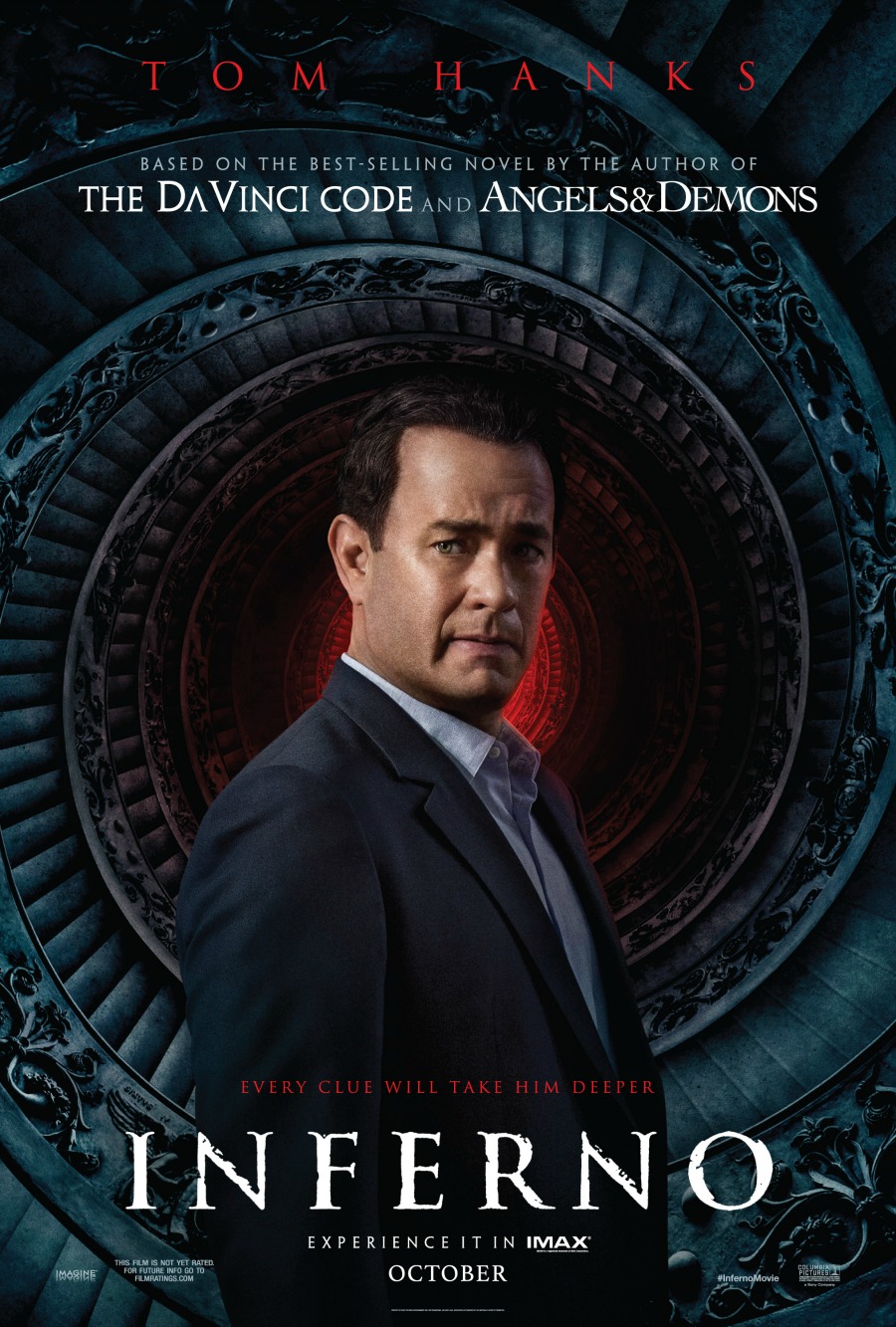