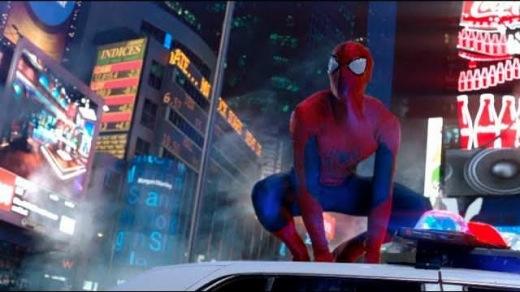 “This is bigger than you, Peter.”

Those ominous words hang over the teaser spot for Marc Webb’s The Amazing Spider-Man 2, which revealed half of its Super Bowl Sunday spot this evening. Watch it first below, and we’ll analyze in a heartbeat.


As you can tell, the action is doubling in Webb’s upcoming sequel, which is going to kick-start the summer blockbuster season in May. Most of the cast has returned, starting with Andrew Garfield as ol’ web head, who is getting closer to the source of the problems that plagued his parents… and likely led to the “injection” of his powers.

The hook of the new clip is the Gwen catch that concludes the tease. “Watch what happens next” the teaser states, and that means WE’RE GOING TO SEE GWEN DIE ON SUPER BOWL SUNDAY!

No, that’s not true. But Sony keeps hinting at something big on the way. We get more footage in just a few days.

Will you be tuning in?