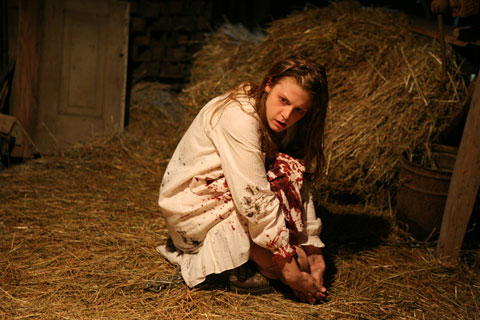 Make way for the latest "found footage" horror flick. The Last Exorcism was one of the more profitable movies in 2010, raking in $68 million worldwide against a $2 million budget. And so StudioCanal will follow the modern Hollywood motto, if it makes money the first time, make a sequel!

Ashley Bell, who starred in the first Exorcism, will return for the sequel which has Eli Roth attached as producer. Much to no one's surprise, Roth is planning a hard-R rated movie with the storyline picking up three months from where the first film left off.
Will you check out this Exorcism sequel? 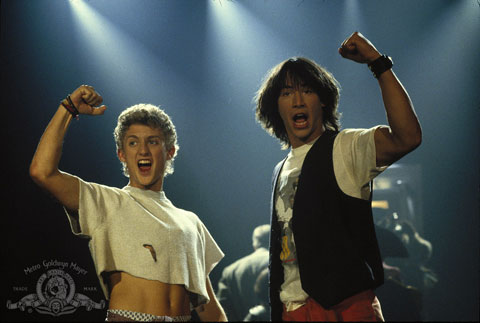 There's been a lot of talk about a third Bill & Ted movie over the years but nothing much to show for it. Alex Winter aka Bill S. Preston Esq., revealed that the script had finally been completed but that it's still a long road before the movie hits the big screen.
Winter said, "In all frankness it's just a slow universe. It took us fifteen years to come up with an idea we thought we'd want to do. The script got finished two months ago and it's really green. It's the beginning of what could be nothing, frankly."
He also touched on how Keanu Reeves aka Theodore Logan keeps bringing up the potential of a third movie.
"There's hoopla because frickin' Reeves keeps blathering about it. Every time he's interviewed he talks about it and he's one of my closest friends and I love him dearly, but I think he's got a very post-modern sense of humor. I think he's doing it partially just to f**k with people. Because if he says it, everyone goes crazy and I think he just goes 'Muah ha ha'."
Winter said there is still a lot that needs to be worked out and that rumors that Werner Herzog had agreed to direct the movie were false.
Are you pulling for a third Bill & Ted movie?
Like it? Share it: