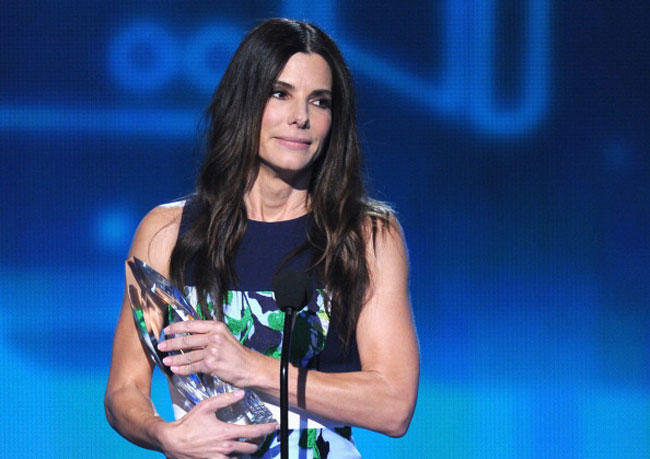 The first major award show of the year kicked off last night at the Nokia Theater in Los Angeles with the People's Choice Awards.

Our own Dave Karger was one of the hosts for the red-carpet preshow (watch it here) of the event which lets fans vote for their favorites in film, television and music.

While the full list of winners can be seen here, we've put together the 15 best pics that recapture the essence of last night's event. 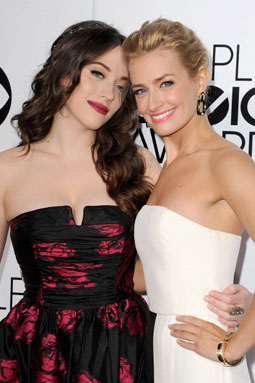 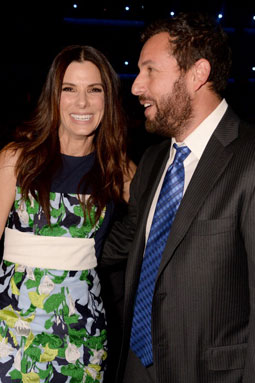 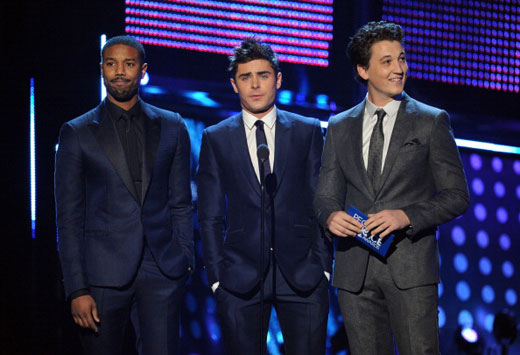 The marketing push for That Awkward Moment is ramping up as Michael B. Jordan, Zac Efron and Miles Teller presented an award together. Teller joined Karger during the preshow to talk about the upcoming film. He shared a story about meeting John Cusack, telling the actor, "Hey, for the past four years, everybody's been telling me I remind them of you. What do you think of that?" Cusack responded, "I'm sorry to hear that. You're much more attractive and good luck." 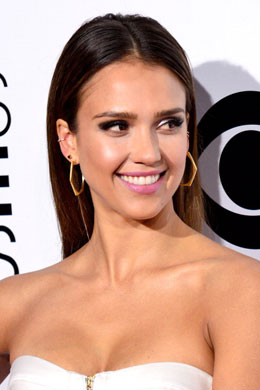 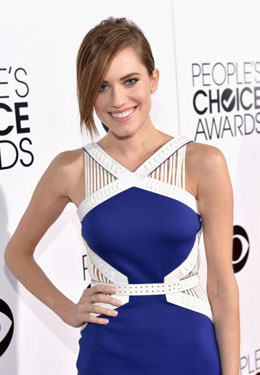 Jessica Alba and Allison Williams were on hand to glam up the red carpet and present awards. Williams was also part of the nominated cast of Girls for Favorite Premium Cable TV Show. Homeland ended up taking home that award. 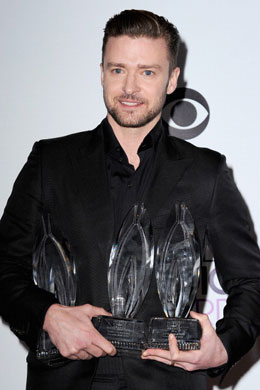 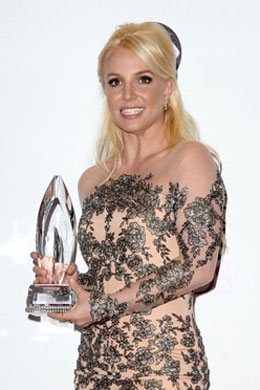 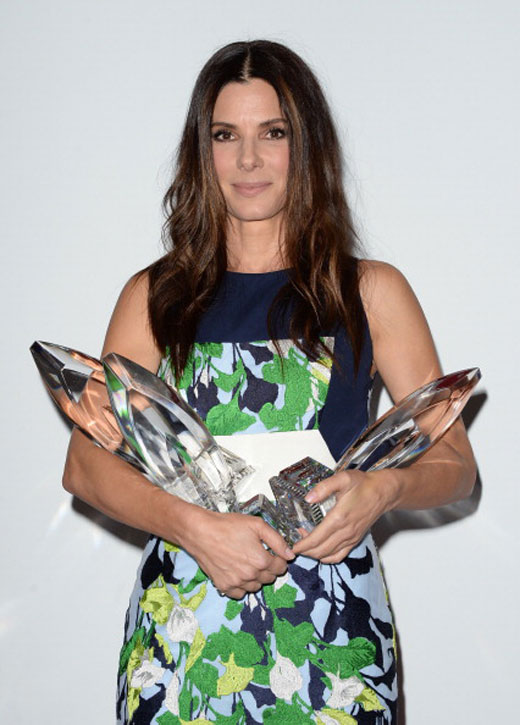 Sandra Bullock posing with a bunch of awards... this could become a familiar scene over the next two months. The Gravity star took home PCAs for Favorite Movie Actress, Favorite Comedic Movie Actress and Favorite Dramatic Movie Actress. Next up for Bullock will be the Golden Globes this Sunday, where she and her sci-fi film have multiple nominations. 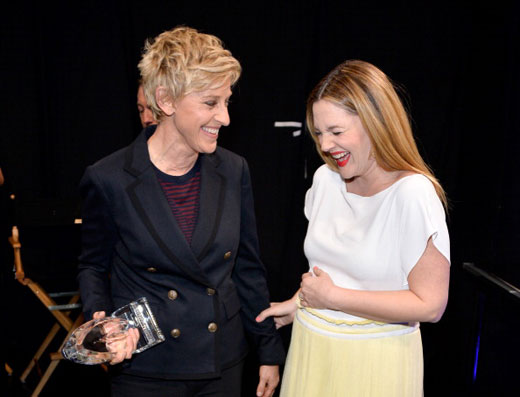 Oscars host Ellen DeGeneres continues to be an unstoppable force in the daytime TV landscape. DeGeneres took home her 14th consecutive PCA and took time to laugh it up with Blended star Drew Barrymore backstage. 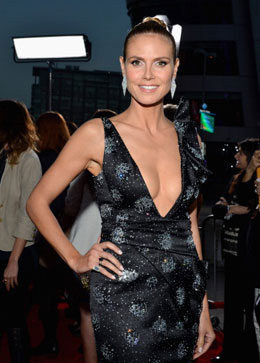 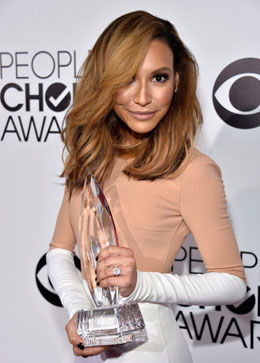 When she wasn't hobnobbing with other guests, Heidi Klum was glamming it up on the red carpet. Meanwhile, Glee star Naya Rivera took home the PCA for Favorite Gal Pal (Rachel and Santana) while costar Chris Colfer took home his second Favorite Comedic TV Actor award. 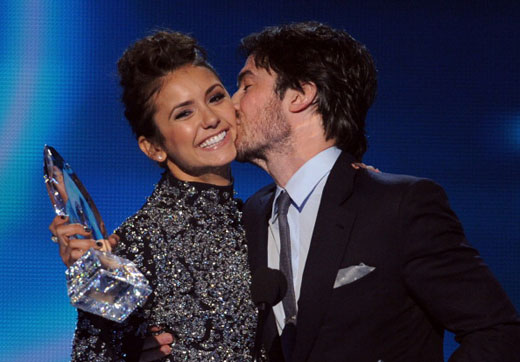 All eyes were on The Vampire Diaries duo of Nina Dobrev and Ian Somerhalder. The two ended an off-set relationship last year, but ended up winning Favorite On-screen Chemistry award. Not allowing the awkwardness to overtake the moment, Somerhalder ended the brief acceptance speech with a kiss on the cheek. Somerhalder also won for Favorite Sci-fi/Fantasy TV Actor. 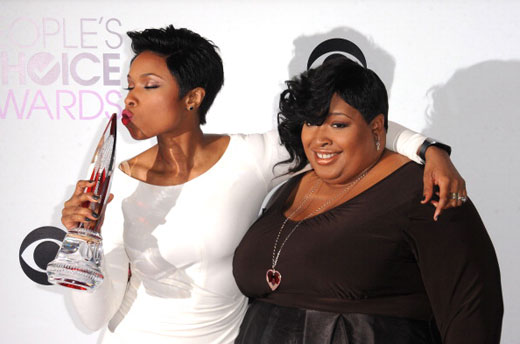 Jennifer Hudson and her sister Julia were honored for their humanitairan efforts. The award was presented by L.L. Cool J who described Hudson as "strong, resilent and beautiful." 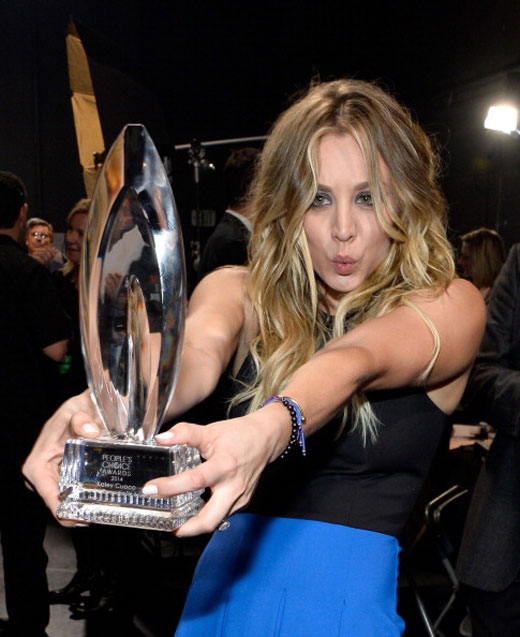 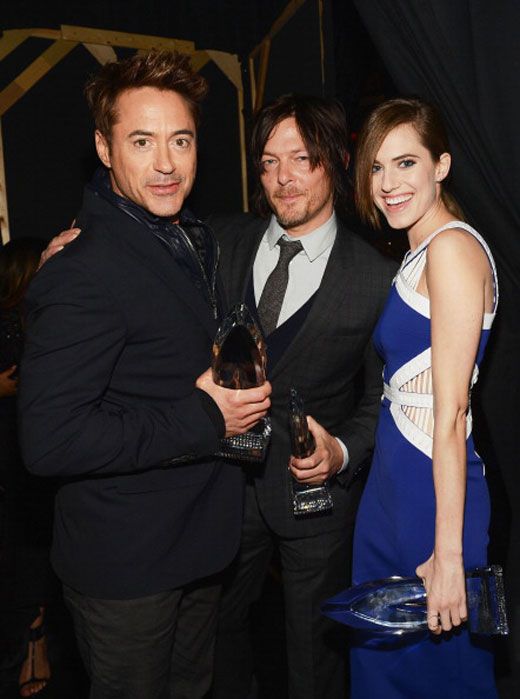 The awards season is just getting warmed up. Upcoming events include this Sunday's Golden Globes and the upcoming Oscar nomination announcement on January 16.