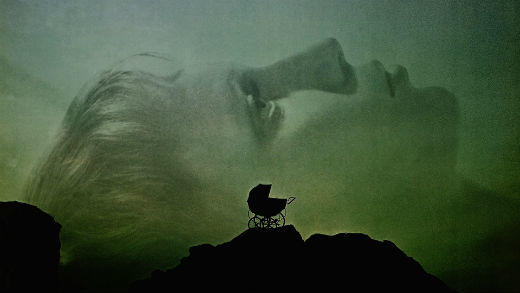 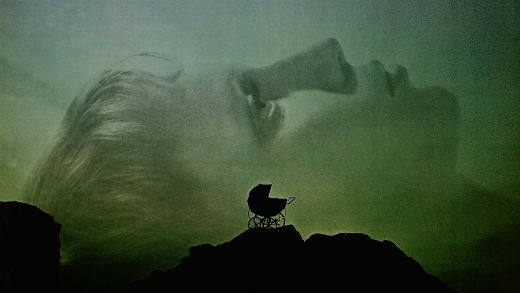 Continuing the new-ish trend of horror movies reimagined for the small screen, NBC is moving forward with a planned miniseries version of Rosemary's Baby. The 1968 film, directed by Roman Polanski, starred Mia Farrow as Rosemary, the young wife of John Cassavetes. They move into a large and mysterious apartment building in New York City and meet their strange and mysterious neighbors (Ruth Gordon and Sidney Blackmer) who, it turns out, are harboring some diabolical secrets that become manifest after Rosemary becomes pregnant with the couple's first child.

According to Variety, the four-hour television series will be set in Paris; Agnieszka Holland, who has helmed multiple episodes of Treme, The Killing, Cold Case, and The Wire, will direct. The source material for the film and the TV series is a best-selling novel by the late Ira Levin, first published in 1967. In 1976, a sequel was made for television: Look What's Happened to Rosemary's Baby, with Patty Duke and George Maharis inheriting the roles played by Farrow and Cassavetes; Ruth Gordon reprised her neighborly character. The TV sequel focused on, well, Rosemary's baby, first as an eight-year-old boy and then as an adult.

Levin published his own sequel, Son of Rosemary, in 1997, in which Rosemary awakens from a 26-year-long coma to discover that her son, now 33, is the leader of a worldwide charitable organization. Rosemary, however, senses that demonic dangers lurk all around them. The new TV version sounds like it will reboot the original story, which will, at least, give it a European twist.