As Anna Karenina prepares to make its world premiere at the Toronto Film Festival, three new UK character posters have been released. Featuring the three main characters from the story, we get posters for Keira Knightley in the title role, Jude Law as Alexei Karenin and Aaron Johnson as Count Vronsky.

Adapted from Leo Tolstoy's classic novel, the film is directed by Joe Wright, whose two previous collaborations with Knightley have earned the director a trip to the Academy Awards. Will Karenina be the third trip?

The film will open in Ireland and the UK in September and will hit domestic theaters on November 16. 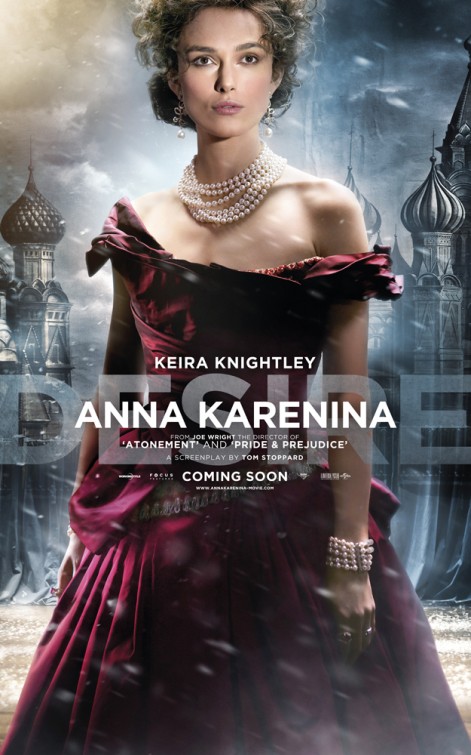 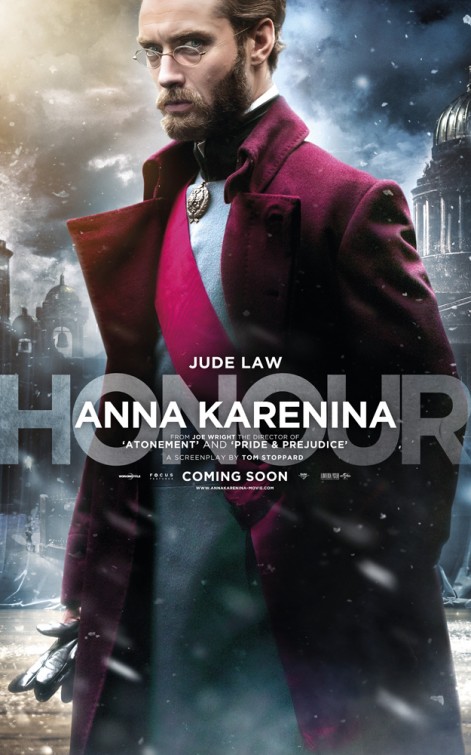 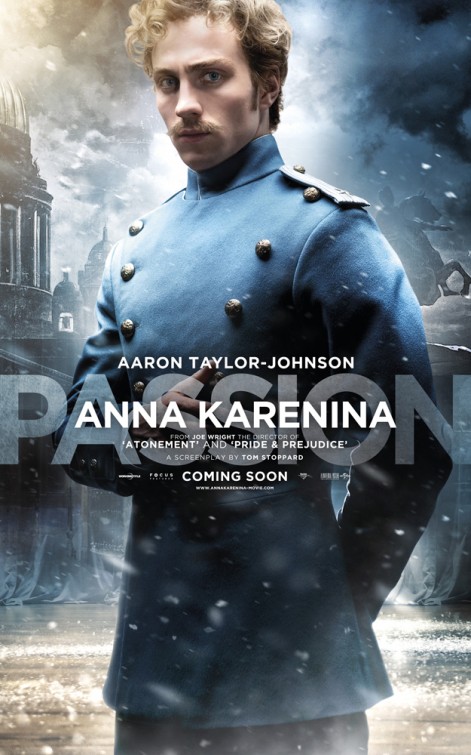