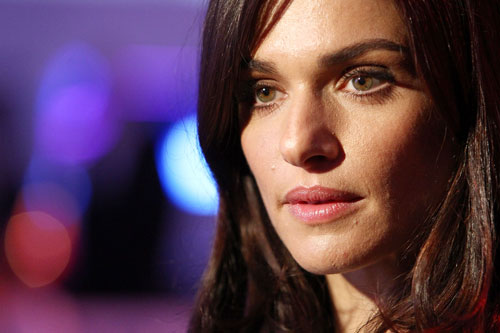 While Terrence Malick put together an impressive cast for his romantic drama To the Wonder, it seems some of the stars didn't make it into the final cut.

Oscar-winning actress Rachel Weisz is one of several actors who were, in Weisz's words, "excised from the finished cut of To the Wonder." Weisz continues, "It seems that my part has been cut, so I had the experience of working with him but I will not have the pleasure of seeing my work."

Michael Sheen, Amanda Peet and Barry Pepper won't get a chance to see their work in the finished product either, as Malick cut them from the final cut as well.

Cutting actors from his finished product is nothing new with Malick. His most famous cut came when he fired Mickey Rourke, Gary Oldman, Billy Bob Thornton and Martin Sheen for The Thin Red Line and then clipped them all out of the film. Adrien  Brody's role was also significantly reduced.

The Weisz-less To the Wonder will debut at the Toronto Film Festival, which begins next week. The film doesn't have a U.S. distributor yet, but with a cast that includes Ben Affleck, Rachel McAdams and Javier Bardem all making the final cut, the film should hit theaters soon.

Liam Neeson Will Hunt You Down in New 'Taken 2' Pics

Liam Neeson Will Hunt You Down in New 'Taken 2' Pics