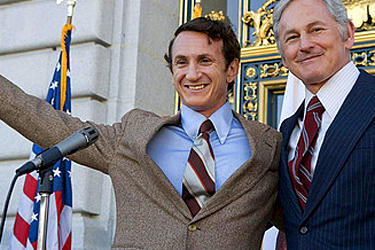 • Milk  Sean Penn gives a tour-de-force performance as Harvey Milk, who became the first openly gay U.S. politician in 1977 when he was voted to the San Francisco Board of supervisors. Tragically, Milk's humanitarian ambitions met a tragic end. 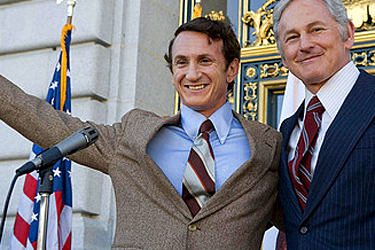 • Role Models  Sean William Scott and the now-ubiquitous Paul Rudd are a couple of bunglers forced to volunteer as Big Brothers to a couple of obnoxious kids. Let the obscenities roll!
• Happy-Go-Lucky  Films that explore the meaning of happiness are usually the opposite of fun, but as the ever chipper Poppy, Sally Hawkins shines in this movie that is part comedy, part fascinating character study.
• Rachel Getting Married  Anne Hathway's perpetual princess has grown up into a drug-addicted drama queen named Kym, who leaves rehab to attend her sister's wedding and proceeds to turn it into a dysfunctional family therapy session.
• Let the Right One In  This exceptional Swedish film about an awkward boy who finds a friend in his bloodthirsty new neighbor has the depth, elegance and beauty that vapid yet hugely popular other teen vamp pic lacked.
• Transporter 3  You know what you're getting with this Jason Statham actioner -- more Statham and more ridiculous action. Suspend your disbelief and enjoy the ride.
• Cadillac Records  As R&B songstress Etta James, Beyoncé Knowles rightly claims the spotlight of this okay chronicle of the rise of R&B label Chess Records that also stars Adrien Brody and Mos def as Chuck Berry.
• Synecdoche, New York Mind-bending screenwriter Charlie Kaufman is behind this convoluted surreal weirdness about a depressed playwright (Philip Seymour Hoffman) who mounts a play based on his life that starts to blur reality with fantasy.

WIN! Pinocchio 70th Anniversary Platinum Edition For the first time, Disney's classic about a puppet who becomes a real boy hits DVD in a remastered, brilliantly restored edition available in a 2-disc set or Blu-ray edition that also includes the standard def DVD. Some of the bonus features include an alternate ending, deleted scenes and art galleries. 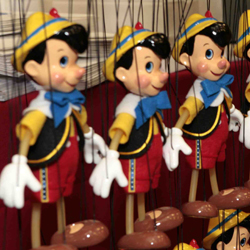 Now to the fun stuff. You can win the Blu-ray package along with a limited-edition Pinocchio marionette pictured here, one of only 250 created for this special release. All you need to do is answer this easy question: Which of Disney's beloved signature characters made his debut in Pinocchio as the puppet boy's guide? Winners to be selected at random and announced March 31. Hit the "leave a comment" link below and enter now!!

Scoop This: Dakota Fanning is a Vampire and More!

Scoop This: Dakota Fanning is a Vampire and More!