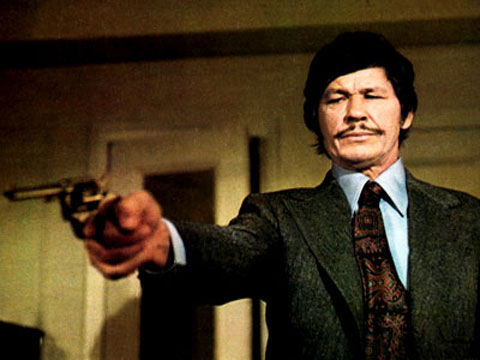 Coming off a weekend where his movie The Grey conquered the box office, writer/director Joe Carnahan may be in line to remake Death Wish.

Though Carnahan had said his next film would be his dream project, Killing Pablo, he has been recruited by Scott Free (from Ridley & Tony Scott's production company) to remake the '70s vigilante thriller.
Death Wish starred the late Charles Bronson as a mild-mannered architect who becomes a gun-toting vigilante after the rape and murder of his wife and severe beating of his daughter. The first film was something of a phenomenon and spawned four increasingly mediocre sequels.
Talk of remaking Death Wish has been around for a while. Five years ago, Sylvester Stallone was considering updating the franchise, but apparently was able to quench his thirst for testosterone-fueled nostalgia with a fourth Rambo movie and followed that with The Expendables.
Killing Pablo has been on hold for quite a while as Carnahan establishes his name with directing credits for Narc, Smokin' Aces, The A-Team and The Grey.
The film is based on a true story of how Columbian gangster Pablo Escobar was assassinated and his Medellin cocaine cartel was dismantled by U.S. special forces, the Colombian military and a vigilante gang controlled by the Cali cartel. Yes, that might sound like the synopsis for an A-Team sequel, but which would you rather see – a remake of Death Wish where a contemporary actor tries to channel his inner Charles Bronson or Killing Pablo, which, given Carnahan's track record, could be something really special?
** UPDATE ** Carnahan took to his Twitter account today to confirm that he is indeed doing Death Wish, though his version will be a re-imagining and include Frank Grillo as a member of the cast. Tweets below.