Much has been said about the moments from Rogue One: A Star Wars Story we've seen, just not in the actual movie. It's no secret there were a lot of decisions made on this film late in the game, and because of it, there were images and footage that made it into marketing materials but never into the version that arrived in theaters.

For example, what was happening in the scene where a giant TIE fighter rises to confront Jyn Erso mere feet from where she's standing? And what about the alternate version of that big final battle on Scarif, where Jyn and some of the other rebels actually have the Death Star plans in hand as they're racing across the beach?

When Fandango sat down with director Gareth Edwards to discuss Rogue One, which arrives on digital platforms like FandangoNOW on March 24 before its Blu-ray release on April 4, we asked whether we'll ever see that alternate footage, as well as why he decided not to put any deleted scenes on the upcoming Blu-ray.

"There's not an individual scene that you can drag and drop and put on a Blu-ray," he said. "There are little things that would come and go during the process of postproduction, but they're not scenes. They're more moments within the scenes or a single shot. So it's impossible to be able to do that, and that's why the decision was made."

As for the moments like the aforementioned TIE fighter shot, Edwards explained why we won't see how that fit into the overall story. "The stuff people talk about, like what they saw in the trailer, they're not scenes you can just put on a DVD. They're moments within scenes and threads, and you pull a thread and it all changes. It was changing the whole time. It's not like there was one version and then there was this other version -- it was like this thing that incrementally evolved constantly through all of postproduction and didn't stop until there was a gun at our heads and we were forced to release the movie."

When it comes to the TIE-fighter shot, Edwards is remaining quiet about it for now. "Yeah, it's going to have to remain a myth because it's sort of the thing where you're trying ideas out to find the right version of the movie, and at the same time marketing is getting excited about certain shots and moments. Eventually, you'll see something presented to you and you'll be like, wait a minute, this shot is no longer in the film."

Edwards added that we'll never see an alternate version of that Scarif battle for a pretty simple reason: "The visual effects were never finished on it," he said. "It's not like there's something sitting somewhere. I feel like making a film is like a sport where someone blows a whistle and that's it -- the score is what it is. And the goal is to win. If I could go back and do the film knowing what I know now, the final film would be completely different. I'd probably be willing to make Star Wars for the next 10 years and never let go of it -- constantly trying to finesse and find new ideas. But at some point, it stops, and it is the movie. The film that got released, I feel like that is the film, and everything else is just the process of making it."

We'll have more with Edwards as we approach the release of Rogue One on digital platforms and Blu-ray. 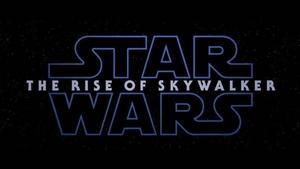 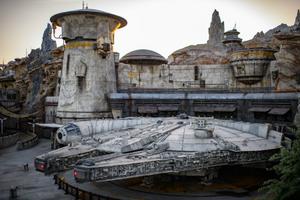 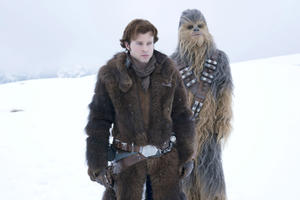