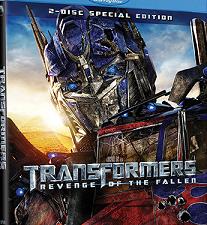 Mark your calendars now Transformers fans, because Paramount Home Entertainment announced today that Transformers: Revenge of the Fallen will arrive on DVD and on Blu-ray this October 20th. Among some of the special features included on these mega discs are a commentary from Michael Bay, 25 Years of Transformers featurettte, something called Deconstructing Visual Bayhem, extended scenes and much, much more.

On the Blu-ray version, you'll also get a feature called The ALLSPARK Experiment, which looks to allow you to customize your own vehicle before applying the ALLSPARK to it. This, apparently, unlocks four new robots with special powers. It's all quite…robotic and sexy (I guess), but it looks to give you fans plenty to do come October 20. Whaddya think – is this a DVD you're looking forward to?

It's been a busy day for trailers, and as most of the attention was sprinkled on Avatar, another pretty fantastic trailer arrived online in the form of The Wolfman, starring Benicio del Toro as, well, a dude who gets bitten and subsequently turns into a wolf man. Emily Blunt and Hugo Weaving also star in this dark and moody period piece that definitely isn't shying away from a little blood and guts.

Whether or not audiences will take to the whole "from another era" vibe is yet to be seen (they'd probably have more success if the wolfman was terrorizing contemporary New York City), but the film will certainly find its fanbase and word of mouth could give it a nice push. Check out the trailer over on Yahoo, and be prepared to wolf down The Wolfman when it hits theaters on February 10.

Robert Zemeckis to Remake The Beatles' Yellow Submarine for Disney 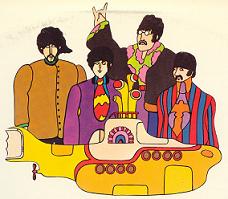 So are you enjoying the 3D mo-capped films of Robert Zemeckis, which include The Polar Express, Beowulf and the upcoming Christmas Carol adaptation? Yes? No? Maybe? Well, one person certainly isn't tired of them and that's Robert Zemeckis – who, apparently, is now working on his next 3D mo-capped adventure: a remake of the Beatles' psychedelic cartoon Yellow Submarine.

The stoners of the world just sat up in the chairs (not too much, but enough to prove they're still alive) because this one is certainly a doozy. Negotiations are still ongoing because Zemeckis is asking for the rights to use at least 16 Beatles songs in the film, but the story is a whole different ball of warms. The villains in the original were called the Blue Meanies, and they turned people into statues…and after an assortment of rainbow colors and groovy music, the Beatles managed to save the day. Sounds a little hippie-ish for Disney, but hey – any movie with 16 Beatles songs is one worth checking out. What do you think?