In the upcoming thriller Adverse, Ethan (Thomas Nicholas) is a rideshare driver just trying to get by. He’s rocked when he finds out his sister is in debt to a drug dealer – and that she’s gone missing.

When he learns that local crime boss Kaden (Mickey Rourke) is behind her abduction, Ethan knows he needs to get close to the guy. And as luck would have it, Kaden has found himself in need of a driver.

Lionsgate will release Adverse on Digital, On Demand and DVD on March 9th. The film will also be in theaters on February 12th through Black Jellybean Productions. See the poster below, and watch the trailer debut here: 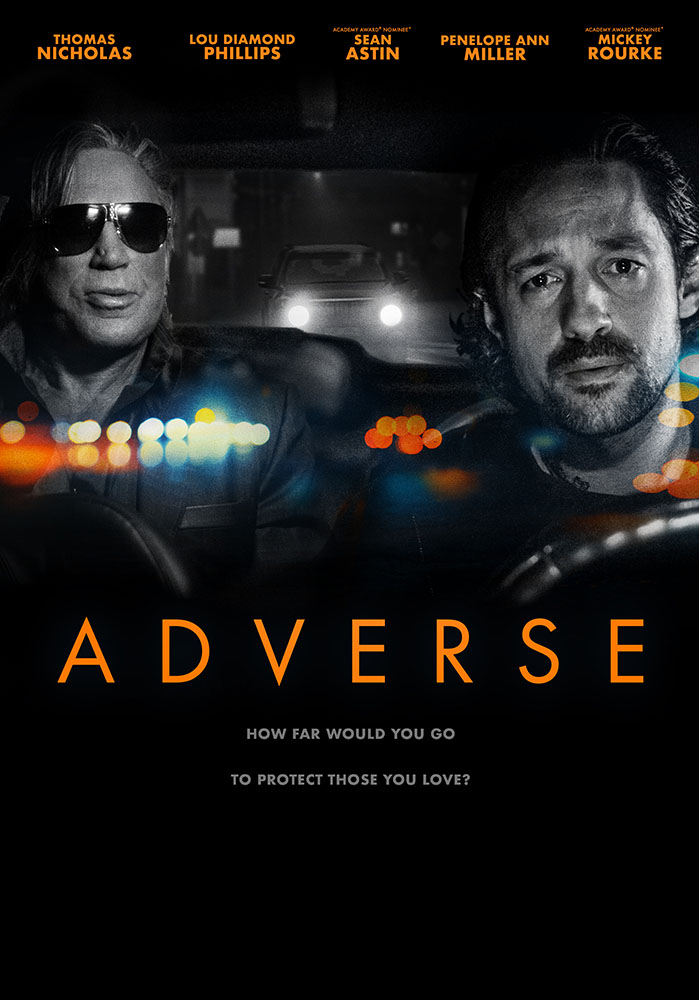