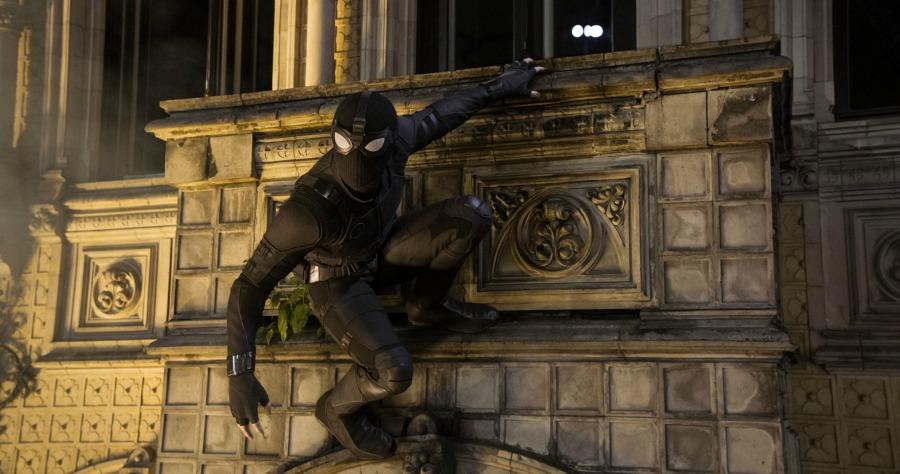 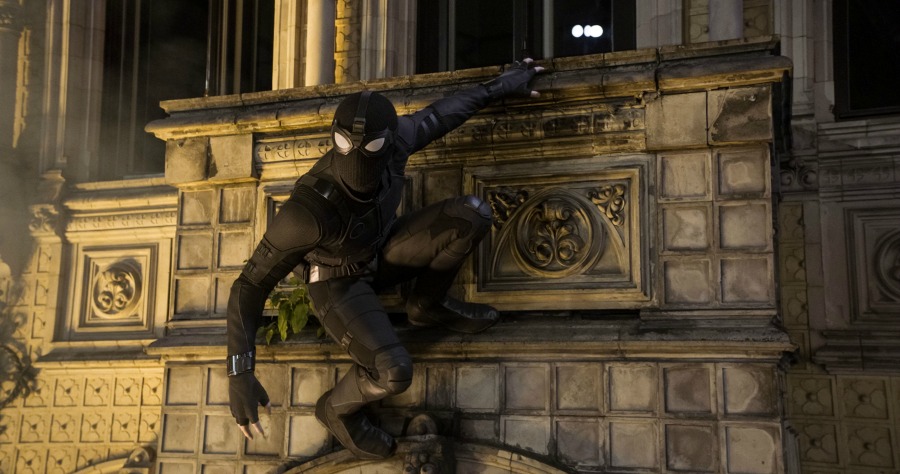 Warning: The following will contain spoilers for Avengers: Endgame

As Avengers: Endgame continues to smash box office records and rank among the highest grossing movies of all time, fans are now turning their attention to what comes next in the Marvel Cinematic Universe. Well, what comes next is Spider-Man: Far From Home, a sequel to Spider-Man: Homecoming that will answer a lot of questions all of us have after experiencing the dramatic, time-altering events of Endgame. What does the MCU look like moving forward? How does the world go on when half of the people in it have aged five years and half of them just magically reappeared having not aged five years?

With tickets now officially on sale for Spider-Man: Far From Home here at Fandango, we spoke exclusively to director Jon Watts, who is ridiculously relieved to finally be able to speak more honestly about this movie and how it ties to the events we saw play out in Avengers: Endgame. With a brand new trailer now out for Far From Home and lots more questions to go with it (Did he say, Multiverse?), we spoke to Watts and tried to get all those answers for you. Also, you can check out a brand new image from the film above.

First up, watch the new trailer below.

Fandango: How does it feel to finally have a trailer out there that speaks to the events of Avengers: Endgame?

Jon Watts: Oh my gosh. Oh man. Endgame being out, everyone knowing what happened... and now this trailer is such a relief, such a burden off of my shoulders to carry new secrets around with me.

Fandango: How far after the events of Avengers: Endgame does this film pick up? What is the New York that we're introduced to in this movie? What does Queens look like, post-Endgame?

Jon Watts: We don't say specifically how far after, but the idea is that it's almost immediately after the events of Endgame. So we get to see the neighborhood from the first movie dealing with the implications of all of the crazy fallout of Endgame. And, you know, in classic New York style, everyone is just moving on and getting on with their daily lives. Ya know, half the people that disappeared are now back, so let's move on. [laughs]

Fandango: Let's get to the most important question: Does Far From Home introduce the Multiverse to the MCU?

Jon Watts: Well, I mean, yeah. We had to look at it in terms of the scope of what happened at the end of Endgame. Seeing all the crazy things that they did and all the questions that raises. So we're definitely trying to answer one of the big ones -- alternate timelines. So many possibilities opened up at the end of Endgame, and Peter Parker is one of the few people on the ground dealing with them.

Fandango: Are you able to explain the rules of this multiverse in terms of how it differs from the Spider-Verse that we were introduced to in Into The Spider-Verse?

Fandango: Speaking of Nick Fury, what version of Fury are we seeing in this movie? Is he back running a new organization?

Jon Watts: Well, that was what was very exciting to me because this is a version of Nick Fury I don't think we've ever seen, which is a Nick Fury who is playing catch-up. He disappeared for five years and the world changed dramatically in his absence, and here he is trying to put together a new team.

Fandango: So is that his mission here -- to put together a new team?

Jon Watts: Yes, Spider-Man and Mysterio are being recruited to tackle this threat of the Elementals. That's what Nick Fury does, but now things are crazier than usual.

Fandango: The most memorable line in the trailer belongs to Nick Fury, when he says, "B*tch please, you been to space." What was the origin of that line, and did Samuel L. Jackson improv it?

Jon Watts: No no, we wrote that. I'm so happy it made the trailer. But I mean, how you gonna argue with Nick Fury? [Spider-Man] has been to space. You can't be pulling that card anymore cause Nick Fury will be the first one to call him on it. 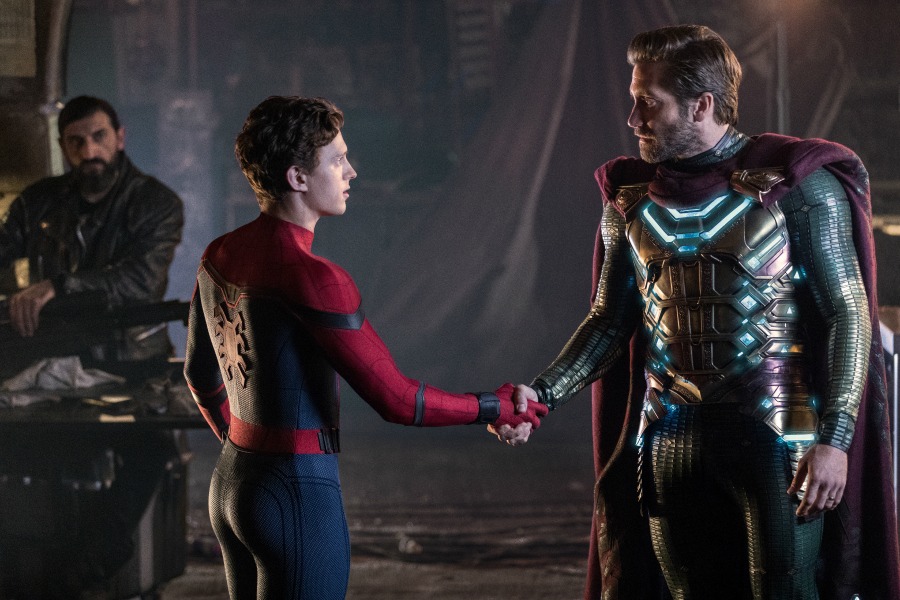 Fandango: Who is Mysterio when we first meet him and what is his agenda?

Jon Watts: In the film, it's similar to the trailer, he is introduced as a potential ally to fight off this elemental threat.

Fandango: And these elemental monsters... are they from another Earth, too? The same one Mysterio claims to be from?

Jon Watts: Yes, exactly. Exactly. They're both from the same sort of parallel dimension, yeah.

Fandango: Gotta ask about Miles Morales, who was hinted at in Homecoming. Does this new multiverse mean we get to meet Miles in this film?

Jon Watts: There is no Miles in this film, or at least not yet. But who knows... we edit these films down to the last second, so you never know.

Fandango: We don't get to see Laura Harrier or Michael Keaton's characters in the trailer. Are they in the film?

Fandango: What about Aunt May? We don't see her in the trailer either... did she survive the snap and age five years or was she snapped?

Jon Watts: She disappeared and came back.

Fandango: In the trailer, Fury says it was the "snap" that caused this rip in the universe. Does your film answer which snap it was? Was it the one that brought the heroes back or the one that killed the villains?

Jon Watts: Yeah, these are all great questions and there are so many answers, but I don't want to give it away.

Fandango: Five years have passed and Peter's friends are all still the same age. Will there be characters who we met in Homecoming who appear in Far From Home having aged those five years?

Jon Watts: Yeah, that's one of the fun things that we get to play with -- the sort of real-world, ground-level implications of something like that. You don't get to see any of the fallout in Endgame, and we get to explore that in our movie. It's really interesting and fun.

Fandango: That was one of the best parts of Homecoming, in terms of it giving us this ground-level version of the MCU. Like what happened to all that debris left over from the Battle of New York in The Avengers. Do you do a lot more of that in Far From Home, but with regards to the world post-Endgame?

Jon Watts: Yeah, exactly. I've always seen Spider-Man as the most relatable superhero for that reason. He is on the ground level of this fantastic universe. So many things happened in Endgame, but you don't see any of the fallout. So I used Peter Parker/Spider-Man as an opportunity to get that ground-level perspective to show you what it would look like if all these crazy things had happened. What would day-to-day life be? If you were snapped away, you'd have to work backwards and retake your midterms.

Fandango: Or what would the lines at the DMV even look like? Renewing your license or updating your passport? Are these things addressed in the film?

Jon Watts: Yeah, that was one of the most fun things -- just talking through what the most mundane implications would be. Like, your birthday on your driver's license or passport would say that you are five years older than you technically are. Those sorts of questions are just so fascinating to me, and I really wanted to get into the minutiae of it and really explore that.

Fandango: What is Happy Hogan's role in this film, and what is his life like, post-Tony Stark?

Jon Watts: Similar to Peter, who lost his mentor in Tony... you know, Happy has been there since the very beginning. I think a big part of this story is trying to find your place in the world if the center of your world is gone. I've always liked Happy as a character, and to use him to explore some of these things was really exciting. To explore a world without Tony, who was the man that created Iron Man.

Fandango: This time around, it seems the theme revolves around Peter's desire to remain a kid while struggling with this responsibility to take over Tony's role in the MCU. How accurate is that?

Jon Watts: Yeah, you know in the last movie, it was like he was ready to step up, but the world was telling him no. Now, the world is asking him to step up, and he's not sure whether he's ready for that level of responsibility. Like, he's still a 16-year-old kid from Queens. It's something I can relate to, too. I remember being a kid and you desparately want to be treated as an adult. But then suddenly you're treated as an adult, and suddenly you realize that maybe it was better back when I was being treated as a kid. Once you cross that threshold, there's no going back.

Fandango: Homecoming felt very much inspired by the movies of John Hughes. What would you say are some of Far From Home's influences?

Jon Watts: I thought there were a lot more movies about high school kids going on European vacations. I thought that was totally a genre! So there wasn't the same kind of canon to draw from, which were like '80s and '90s coming-of-age movies, but as a result I think we got a lot more diverse influences across the board. It gave us an excuse to rewatch every James Bond movie.

Fandango: Are the James Bond movies a big influence on Far From Home? Did you screen them for the kids?

Jon Watts: No, we didn't do that this time around. I feel like Tom Holland has already seen every James Bond movie because he loves James Bond. For myself, the crew and the cast, it was all about immersing ourselves in European travel movies. There's so much to draw from there -- a lot more diverse.

Fandango: Early on in the trailer, we see Spider-Man fighting off some criminals. Are those criminals perhaps tied to someone like Kingpin?

Jon Watts: Well, I don't want to say too much, but I will say they're not specifically tied to Kingpin in this movie. But you do get to see what it's like now for Spider-Man to be a very confident and friendly neighborhood Spider-Man. I feel like he's got the neighborhood under control.

Fandango: What were you able to do in this film that you didn't get to do in Homecoming?

Jon Watts: Getting to work with Jake [Gyllenhaal] and Sam Jackson was amazing, but in terms of a pure filmmaking level, I really wanted to turn up the action and make that huge. In the last movie, we kept things a little bit smaller, intentionally, to remind people why they love Spider-Man. And without changing the tone, I wanted to keep that ground-level relatability, but also turn up the level of action to create something really spectacular. I wanted to show people things that they've never seen before at the movies.

Fandango: In terms of what we see in the trailer, is there a ton more we're not seeing?

Jon Watts: You know, for a trailer that has a lot of stuff in it, it's just really scratching the surface.

Spider-Man: Far From Home hits theaters on July 2. Get your tickets right now here at Fandango. 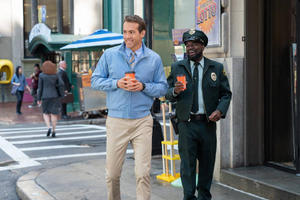 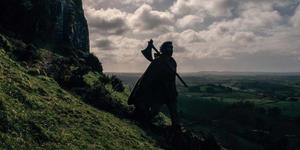 Watch An Exclusive Clip from 'The Green Knight' Clip: Reading of the Challenge