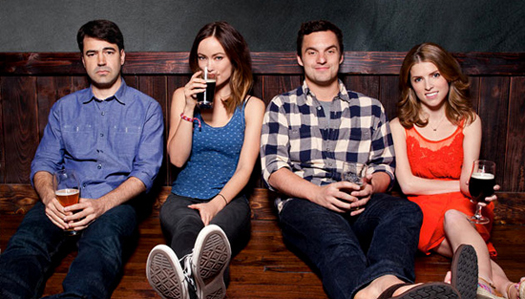 It didn’t take much for Jake Johnson to agree to co-star alongside Anna Kendrick and Olivia Wilde in Joe Swanberg's indie rom-com Drinking Buddies; in fact, it was all a matter of creative freedom…oh, and on-set free beers. The film opened in theaters last week (expanding into top ten markets this week, so look for it at a theater near you) and tells the story of two craft brewery coworkers who have one of those friendships that feels like it could be something more.

We chatted with Johnson about his latest big screen project, his hit TV series New Girl with Zoe Deschanel, beer tasting, his thoughts on having a "wingwoman" and more.

Fandango: You come across as the ideal best friend in this film. The only distracting thing about you was that bushy beard you rocked.

Jake Johnson: I loved it. It took about two months to grow out.

Johnson: Well, because we can. The great thing about being a man is that hair grows on our faces. If you can grow it, you ought to grow it. You have to see how it feels like. Any man who has never grown out a beard in his life or mustache, and they are of age, I have a hard time relating to. Don't you want to know what it feels like?

Johnson: Well…you're a woman. If you did you would be in a traveling show. [Laughs]

Fandango: So why get rid of it?

Johnson: The cutoff was when Elizabeth Meriwether, the creator of New Girl said, "We start work on Monday and that beard is not coming with." So on a Sunday night in Los Angeles I sat in my backyard and shaved my beard off and left all my hair in the backyard for the birds to make nests. So a bunch of my neighbors are going to have my beard hair as nests. [Laughs] All the hair was gone by the next day. 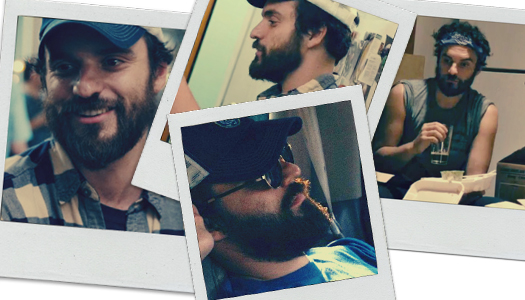 Fandango: There are moments in the film where you, Olivia and Anna look really drunk. What was in those red cups you were having?

Johnson: We were actually drinking real beer. Everyone. It was like a giant frat party on set.

Fandango: How did you remember your lines?

Johnson: There were no lines. It was all improvised. We could say whatever we wanted, even when we were buzzed.

Fandango: I'm not a beer drinker but thanks to you I just might go beer tasting. Do you have any recommendations?

Johnson: Go to a local brewery and tell them that you don’t drink a lot of beer and ask them for recommendations. You know what you should say? "I just saw a movie called Drinking Buddies and I want to try good beer, but go easy on me."

Fandango: Is there anything I can get at the local bar right now?

Fandango: So, I should stay away from Heineken and Budweiser?

Johnson: They are just not that great. Part of the beauty of a brewery is that they are making it there so you can taste the ingredients. What's actually really neat about it, which is new to me, I wasn’t really into it before this movie, is you get to go back where they are making the beers and you can smell the ingredients that are being put in the beer like the malts and yeast. The problem with Budweiser is that they don’t have that taste. They just taste like Budweiser.

#Instagram #Beer: Here's what some beer lovers are raving about. 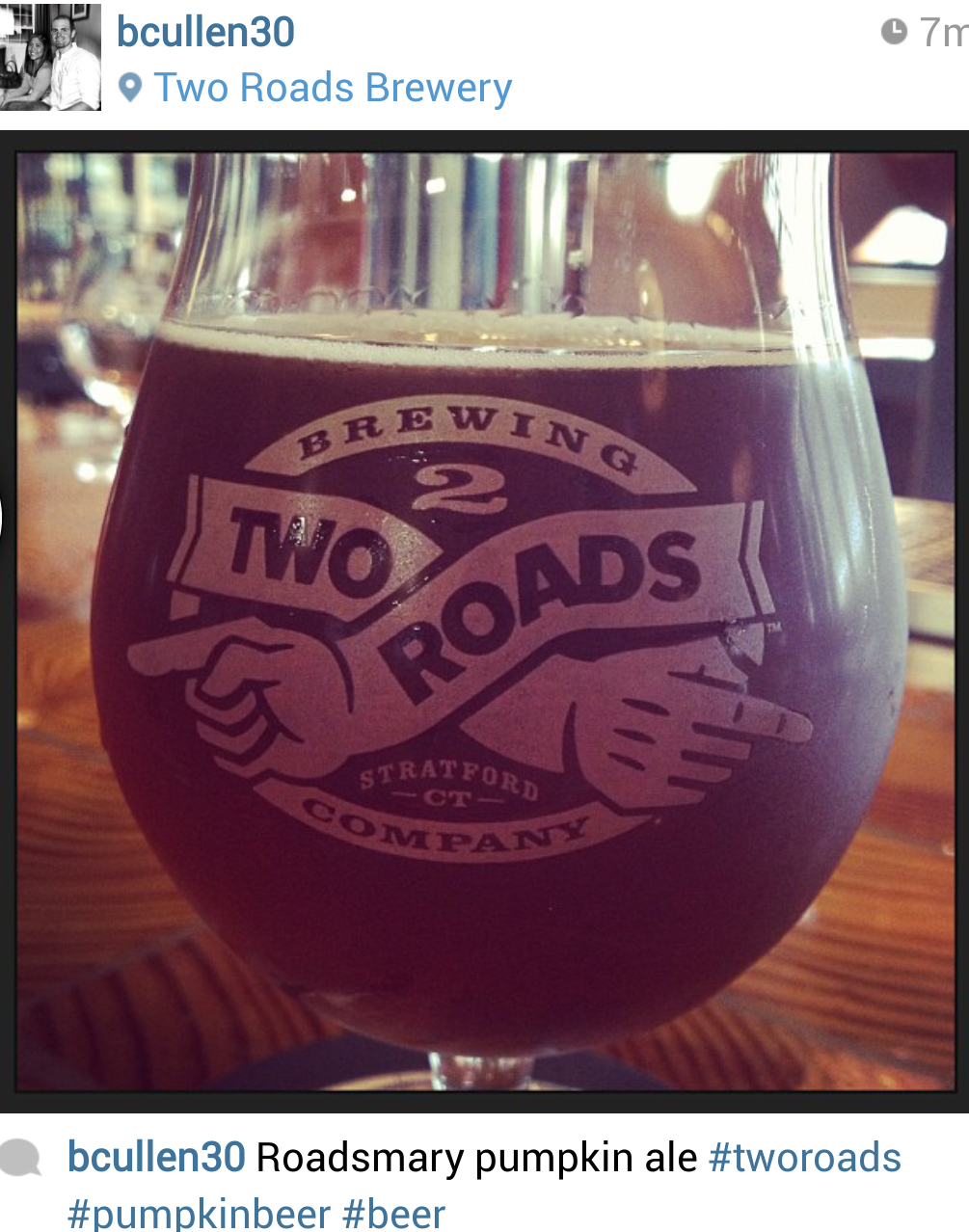 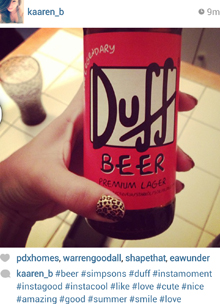 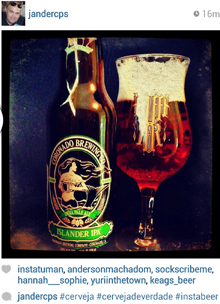 Fandango: Is it possible for a guy and a girl to be just friends?

Fandango: There's a scene with you and Olivia where she takes it all off to jump in the water and you didn’t show any skin.

Johnson: I don’t like to. I don’t like to pump iron. I like to drink beer and eat sliders. If I was sitting at the gym all the time I would show off the product. If you've got a 1993 Corsica engine you don’t need to lift up your hood and tell everybody how fast your car drives. It probably wouldn’t take you on a long road trip but it will take you to work and back.

Fandango: I have a feeling you might show a little something on the next season of New Girl? Any kinky scenes?

Johnson: This is all I can say about New Girl, Nick and Jess are definitely going for it and yes, definitely kinky scenes. [Laughs] 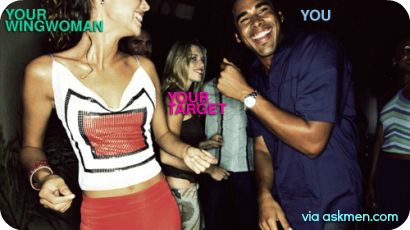 Fandango: It seems like guys nowadays are ditching their wingmen and rolling up to bars with a wingwoman. Do you think a wingwoman is a smarter choice?

Johnson: I think it could really work. Here's why: women know women. A wingwoman is going to lead you in the right direction. A wingman might think he knows what to do but the whole thing with guys is there's a bunch of d-bags that think they know the game and they learn a few moves and just peacock around and try to make a weird comment to a girl to seem interesting but girls are on to that. I've been out of the game for a while but I think a wingwoman would be a smart move, if she was truly trying to help. Otherwise, she can two-time you and you can put yourself in a really dangerous situation. [Laughs]

Fandango: What's really going on between you and Olivia Wilde in this movie? Your character seems to love her a lot.

Johnson: I do think he loves her. He really cares for her but ... he thinks Jill is a better match for him.

I don’t think the kiss was that big of a deal. It's not ideal but I think what Luke was doing was way worse. Luke knew what he was doing was really shitty. The behavior he's doing with Kate even though they didn’t kiss is not good. When he got hurt and needed Kate to be there for him she was selfish and all about her. I think he needs a girl that's more compassionate, caring, about the team more and Kate is more of a fun drinking buddy.

Fandango: But the kiss?

Johnson: Would you be OK with what Luke was doing?

Fandango: No, but I'm hung up on the kiss.

Johnson: So the kiss was worse for you? Ok, how about this. What if your guy got drunk with a female friend and fell asleep on the couch with his arms around her. What would you rather have? That or the kiss? The tiny kiss that you saw on the park. You have to pick one.

Fandango: Thanks for putting things into perspective.