Few directors of the blockbuster-movie variety are as polarizing as Michael Bay, and the best thing about the guy is that he doesn't give a s**t what you think, he makes movies he wants to make. Case in point: Pain & Gain, based on a true and pretty horrific story about a gang of bodybuilders who conspired to extort a millionaire's fortune and then kill him.

Bay changed the story to make the "gang," comprised of Mark Wahlberg (whose lunkheaded gym rat Danny Lugo harks back to Boogie Nights' Dirk Diggler) and Dwayne Johnson (playing totally against type as a coke-enraged Jesus freak), a couple of bumblers and their victim a nasty criminal named Viktor who apparently gets what he deserves. Danny becomes convinced by a motivational seminar that he and his buddies work hard at what they do, Viktor's fortune was ill-gotten anyway, so why not take what should be theirs from him? 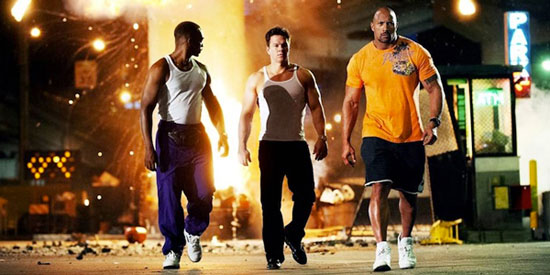 
There's not a single likable character in it; it's mean-spirited and black-as-pitch funny; it's misogynistic; it throws wicked jabs at the American Dream and consumerism; it's grisly and violent and so hotly shot you practically feel the Miami heat burning your face. All of this means is this might be Michael Bay's greatest movie yet. Extras: Strangely, none.

Win It: Get your own copy of the Blu-ray/DVD combo packed signed by Mark Wahlberg, along with a Magic Bullet blender and duffle bag (ARV $105). All you need to do is tell us your favorite movie of Wahlberg's in the comments below, and we'll choose a winner at random. Giveaway ends Wednesday, September 4 and winner will be notified via e-mail with three days to respond. Enjoy! 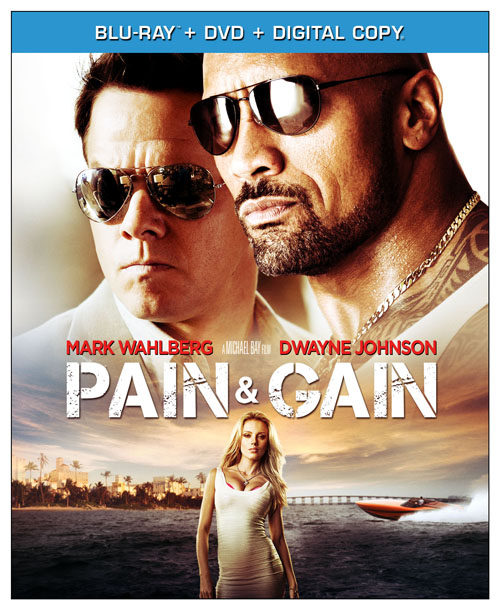