In 2003's X2, we found out who was behind creating Wolverine's razor-sharp metal claws and erasing his memory. In the fourth installment, we learn why he changed his name, how he got that iconic leather jacket and the reason for his seething need for revenge. None of it really matters, of course. It's big, loud, action-packed entertainment that you'll forget the moment it's over, but enjoy while it lasts. Hugh Jackman could have taken the rage-filled Wolverine way over the top, but manages to keep a lid on it with a solid, magnetic performance. Liev Schreiber is suitably menacing as his older brother-slash-nemesis. Perfect? Not by a long shot. Entertaining? Sure. It is what it is. 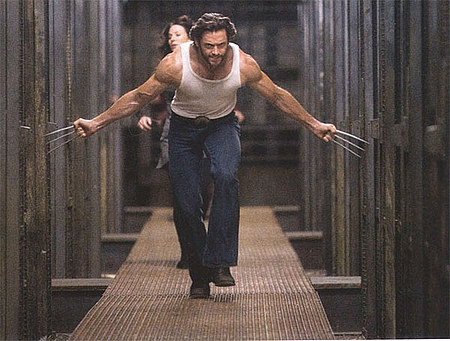 Next Day Air Decent comedic effort by a first-time director stars Donald Faison, Mike Epps and Wood Harris as perpetual stoners who get involved in a drug-dealing scam.

Easy Virtue Jessica Biel stars as an American widow who likes racing cars and drinking champagne, and is generally reviled by her soon-to-be wealthy in-laws. Based on Noel Coward's elegant, bubbly comedy of manners. Watch clips and an interview with co-star Ben Barnes.

Trumbo Excellent documentary about Dalton Trumbo, the Oscar-nominated screenwriter imprisoned and blacklisted from the industry after standing up for his rights against the House Un-American Activities Committee's accusations of Communism 60 years ago.