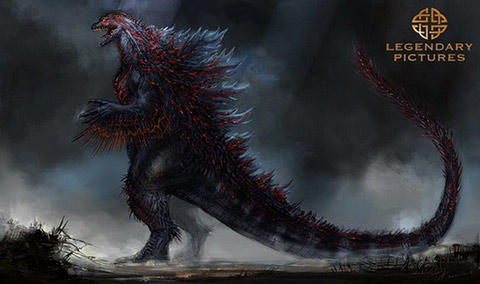 Director Gareth Edward Is Ready for 'Godzilla 2' and '300: Rise of an Empire' Star Eva Green Enjoys the Violence

We got to chat with the cast and crew of Godzilla and 300: Rise of an Empire right after their Hall H presentations. Here are some interesting tidbits from director Gareth Edwards, Bryan Cranston, director Noam Murro, Eva Green and Rodrigo Santoro. 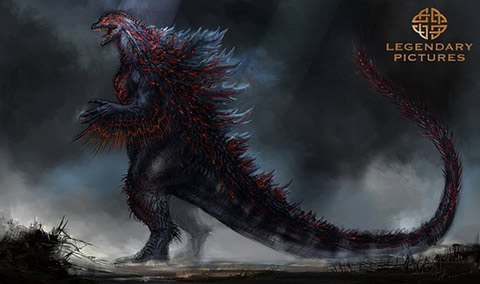 Gareth Edwards on Godzilla's longevity: "I think it's a fact that we can't answer that question. You can't just define it in a sentence. When we first tried to figure out the film and what makes Godzilla...Godzilla you actually find after several conversations is undefinable in a sense and there have been so many movies that it has evolved and changed over the years. I think that's why it's stood the test of time. What we found in this film is that apart from having Godzilla in this film that you kind of have an infinite canvas and it's such a rich universe. Once you accept the fact that there are giant creatures you can kind of then do anything you want. It's so right for reinventing and revisiting. It's not a single story. It can be anything you want."

Bryan Cranston on discovering Godzilla: "My discovery of Godzilla was back in the '50s... so on TV watching that as a kid was astonishing even for its time. It was amazing to see those special effects that were state of the art at the time. I just loved it. I thought it was great destruction and wonderful use of miniatures, but our take has become more sophisticated and that's what's so great about this movie. There is a careful concern to develop the plot and all of its intricacies and the character development. Without that, the audience wouldn't be invested in it either."

Cranston on the difficulties on set: "Getting Godzilla to come out of his trailer. He was an a**, he really was an ***hole. When he came out he would eat all the crafts food, he would wreck everything, but boy when the cameras rolled he was good. That's why they keep making Godzilla movies. He's really good."

Gareth Edwards on directing Godzilla sequel: "I had a blast shooting this film and it's not over yet. I think we created a playground I would love to play in and if I were lucky enough to be invited back to the party I would jump at it."

Edwards on working with a major budget: "Well, it's kind of like, on day one you're driving to the set and you start saying, oh no. We picked a really bad time to come film in this location... there's some sort of convention going on because there are like 400 cars and all these tracks and you're like, oh no, did no one talk to them? Did no one check this? And then they're like, 'No, Gareth, it's your crew. There are 400 of them.' And there really were about 400 of them. What was so amazing was, and I'm not proud of it, but if you had tested me to name all the people in my crew I would have failed miserably." 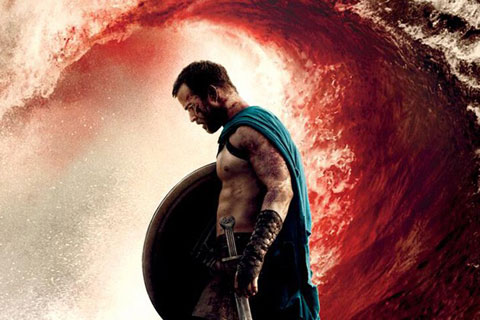 Eva Green on being bloody violent in 300: Rise of an Empire: "It was a challenge to be violent and kill lots of people. As an actress it's hard to find strong roles. Here, she is full on, she doesn't do anything halfway, she's an extreme character and obsessed with vengeance. I enjoyed playing evil. She's just ruthless and badass. I trained under water and with double swords. It was kind of liberating."

Rodrigo Santoro on fan reaction to the trailer: "I got e-mails. It was great feedback. People kept saying, 'You look the same. Did you shoot that back then?' I said, 'No, I got back into shape."

Noam Murro on the trailer: "The Warner family was wonderful. I looked at it and said, I did this. I saw it before it came out and I thought it was awesome. I didn't understand the power of it until I saw it. It was the most tweeted subject for four days. I might be exaggerating. I realized how many people were invested in the story and mythology."

Santoro on the difficulties of reprising his role: "Not eating ice cream was harder this time. I kind of knew what to expect. What was interesting was revisiting the character and making it fresh. It was challenging. The makeup was still a long process. I wanted to bring more humanity to Xerxes and explore how he became the god king."

Murro on shooting water scenes: "There was a very important character here, which was the water. The challenge was manipulating the water stylistically. It's a naval movie. It happens all on the water. We're glad that we had the technology to do it now. I don't think it would have been possible six years ago. The only water on set were bottle waters. It was all shot dry."

Murro on what makes his film different from 300: "I think this has a different trajectory in terms of fights and battles and distinct styles. It was designed to be that way."

Superman and Batman Will Unite in 'Man of Steel' Sequel

Superman and Batman Will Unite in 'Man of Steel' Sequel