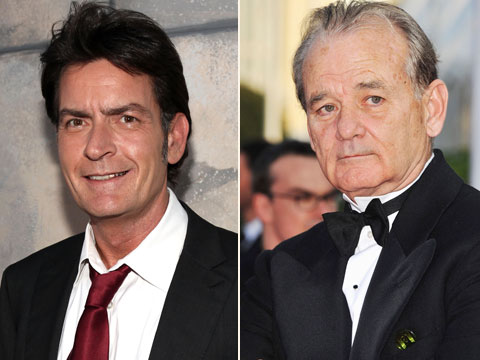 Murray joins a cast that already includes Charlie Sheen, Mary Elizabeth Winstead, Patricia Arquette and Roman's cousin, Jason Schwartzman.
Written and directed by Coppola, the movie tells the story about a famous graphic designer (Sheen) whose looks and wealth have made him a hit with the ladies. When his girlfriend (Winstead) suddenly dumps him, Swan's life starts to disintegrate in a vortex of despair.
Sheen certainly isn't a stranger to wealth and fame and personal implosions, what with all that he has been through this year. It will be interesting to see how much of that reality surfaces in this movie.
Are you interested in seeing Murray on screen with Sheen or do you wish he would just read the dang Ghostbusters 3 script already?!
Like it? Share it: