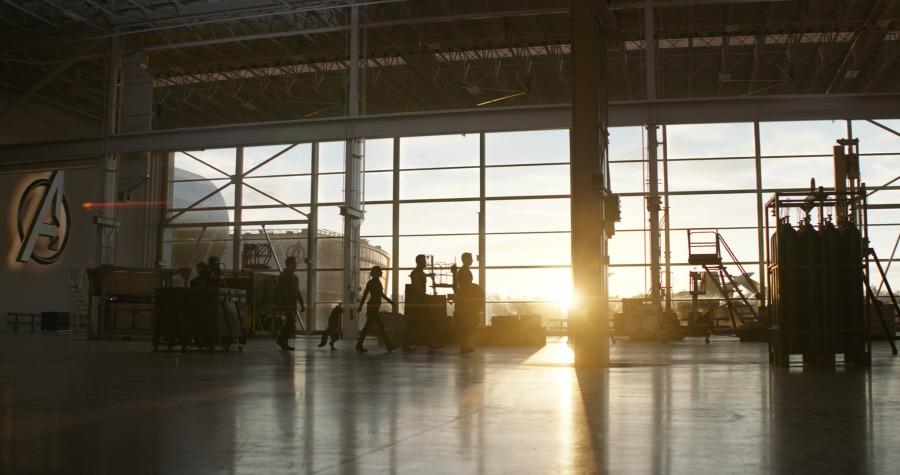 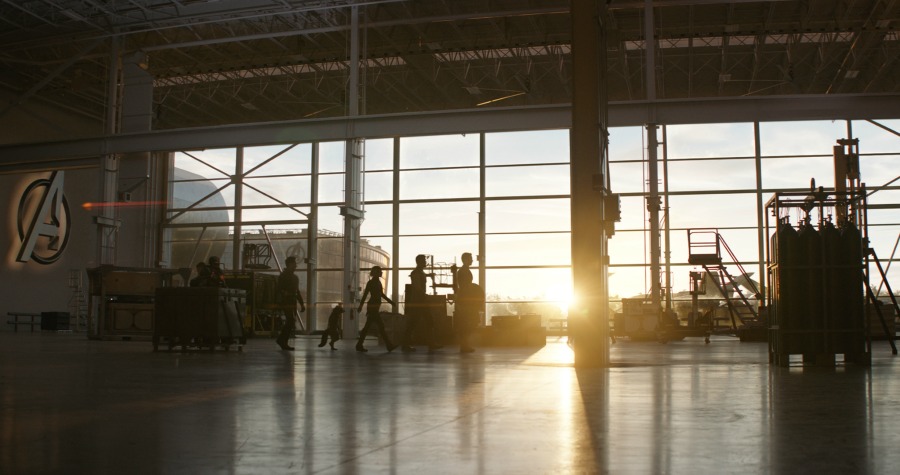 Let's get right to it: Tickets are now officially on sale for Avengers: Endgame right here at Fandango. Go get 'em!

Never before in the history of superhero movies have we seen a single story play out over the course of 22 movies, but on April 26 Avengers: Endgame hits theaters and it will mark the culmination of a narrative journey that began all the way back with 2008's Iron Man. How will the remaining heroes find a way to save the day now that half the universe has disappeared thanks to Thanos' snap at the end of Avengers: Infinity War?

Can the day still be saved?

Based on what little we have seen from the year's most anticipated film (according to thousands of Fandango fans), the characters left standing are ready to do whatever it takes to defeat Thanos once and for all, and somehow find a way to restore the universe and bring those we lost back to life. How, exactly, they will do that remains a great mystery, and to celebrate tickets going on sale, Fandango sat down with Endgame co-director Anthony Russo to try our best to get just a bit more info out of him to hold you over till the film finally arrives in theaters later this month.

Is the runtime really three hours? What's up with Hawkeye and that mohawk? Did Captain Marvel's cat Goose survive the snap? Will the ending of Endgame scar us the same way the ending of Infinity War did? And of those Fox superheroes now making their way over to Disney, which one would the Russo brothers most like to create a film about?

Check out all those answers and more below -- and don't forget to snag those sweet Avengers: Endgame tickets right here at Fandango.

Fandango: So where are you at with the film at this point, as tickets go on sale?

Fandango: Do you have an official runtime yet? There's been talk that it might be close to three hours.

Anthony Russo: Yeah, that is ... We don't have an official locked runtime yet. Yeah, [but] we are right at about that.

Fandango: Talk about tone as much as you can. Infinity War was like a smash-and-grab heist film. What would you describe Endgame as?

Anthony Russo: Endgame is ... It's harder for us to describe Endgame then it has been the other films prior to their release mostly because we want to be really quiet about what people can expect from this movie. We think it's really important to experience it in the theater. But I can say that this movie is a really ambitious adventure. If I had to ascribe a genre to it, that would be the closest genre.

Fandango: Were there any older films that helped influence the feel of Endgame?

Anthony Russo: In the past we’ve talked about that more, but I think we’re sort of staying away from those kinds of answers right now.

Fandango: It's now official that Captain Marvel will play a key role in Endgame and the MCU moving forward, but a lot of fans really only want to know one thing: Did Goose survive the snap?

Anthony Russo: That's certainly something I cannot comment on at this point. I know, I can imagine a lot of people want to know that. 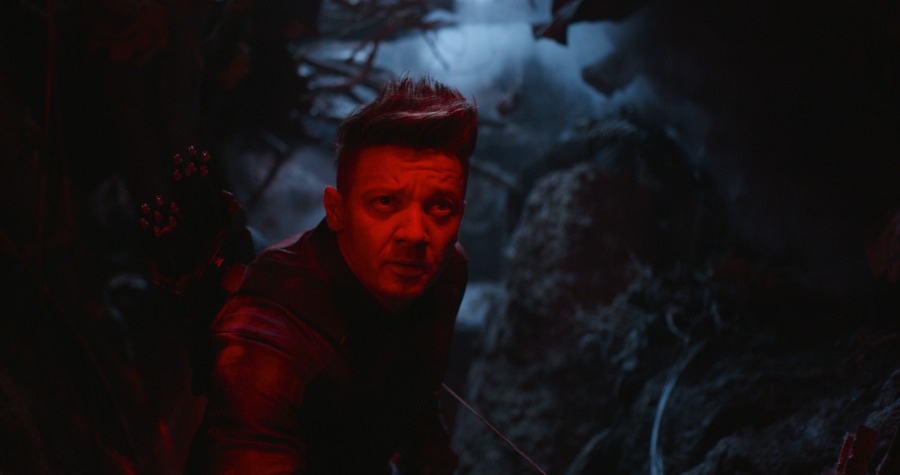 Fandango: Speaking of returning characters, there is lots of excitement about Hawkeye coming back. Can you say anything about his return and maybe why he has a mohawk?

Anthony Russo: I can't go into the story about it, but certainly Hawkeye stayed clear of the events of Infinity War. Because of the ending of Civil War, Hawkeye chose to keep himself out of the conflict and stay with his family. That's why he didn't have a role in Infinity War on a narrative level, but Thanos certainly came calling to everybody by the end of Infinity War. And so, that's why he is now involved in that and in Endgame moving forward.

Fandango: One thing that fans are always asking us when a new Marvel movie comes out is what other Marvel movies they need to watch before seeing the latest title. Obviously, Infinity War is one that you want to watch before Endgame. Would there be any other titles that you would cherry pick and say, "Maybe watch this one. Maybe watch that one." Because they maybe lean a little bit heavier into the events of Endgame?

Anthony Russo: It's a great question, and I will say we do work hard to make sure that the story works in a way that even people who haven't seen anything [can still enjoy the movie] because we feel like that's very important. I think you see this movie after movie, the audience keeps growing for these films. So what that tells us is that people are seeing these movies who haven't seen the previous ones. So it's important that we are speaking to an audience that is perhaps seeing these stories for the first time. That being said, there's certainly an interconnected story being told. I would say, certainly, Civil War and Infinity War are probably the two biggest lead-ins to this movie in the sense that Civil War created the situation where the Avengers were divided.

The relationship between Tony Stark and Steve Rogers was severed, and that was what put them in a vulnerable place when Thanos came in Infinity War, and I think is partially what led to their demise in that film, the fact that they were divided when the greatest threat they ever faced came to them. So there is definitely a throughline there. I mean, my brother and I, of course, are very focused on story starting from Winter Soldier, because that's where we entered the MCU. So for us, in our brains, on a storytelling level, we were threading a narrative from there. Certainly, I would also say that the previous Avengers movies also very much factor into this film. 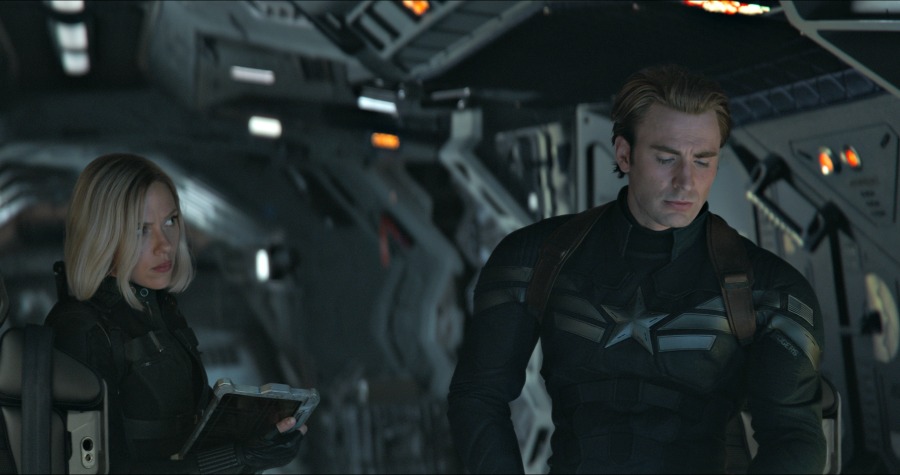 Fandango: Speaking of your journey through these four movies, a lot of people are talking about this being the end of the Avengers, but it's also your end with Captain America, which is how you guys came into the MCU. What's something you learned about Captain America that maybe you never expected to learn going on this four-movie journey with that character specifically?

Anthony Russo: That's a great question. Well, look, I think our great discovery with that character was how much inner dimension that character ultimately has. And I think that's the journey that we went on with Chris Evans as our partner, and the writers, Chris Markus and Stephen McFeely as partners in terms of how we begin exploring Captain America starting with Winter Soldier. It was really important to us to find a way to involve them past that golden age character that First Avenger was very much about.

We wanted to challenge that character in ways where we could really see his cracks and really find his vulnerability. And while, certainly, his super powers, his moral fortitude and his ability to be very simple to his principles, dedicated to his principles, we wanted to find a way to get past that with the character [and] take that character into areas where he can't find easy answers. So I think that was really what it was -- the degree to which we could continue to explore this character's very complex humanity and vulnerability, relatability to all of us. And I think that's a great joy, and I think you will see that very, very much in Endgame as well. 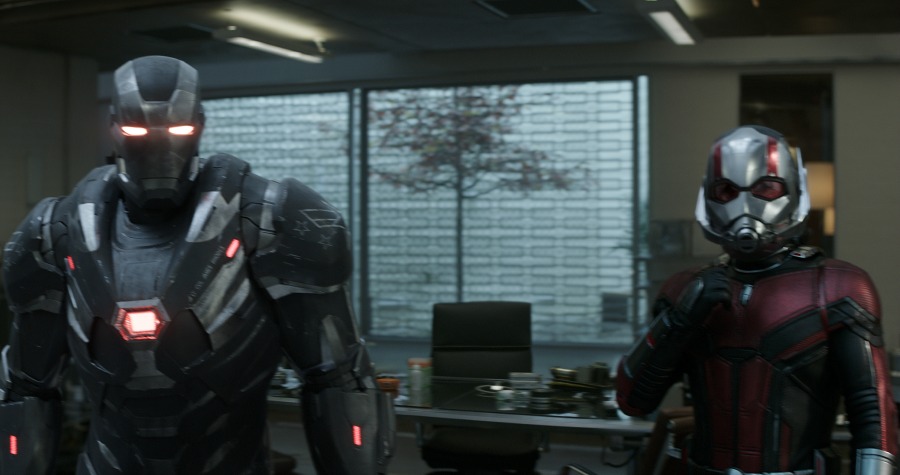 Fandango: This is a crazy question, because obviously we can't talk about a lot of the plot of this movie, but the fans are out there coming up with their own theories of how the Avengers take down Thanos. And believe it or not, one of the most popular fan theories right now -- so much so that it's trending on Reddit -- has Ant-Man shrinking down and flying up Thanos' butt and then expanding.

Anthony Russo: [laughs] I haven’t seen that one yet. Sorry, keep going.

Fandango: I was gonna say, how close are the fans to actually solving the end of his film? And did you think about using the Thanos butt theory as an ending?

Anthony Russo: I wish we had. Yeah, no, look, we love the fact that fans are out there really thinking very deeply about these characters, very deeply about these stories, thinking about all the places they could go, even of certain places. My brother and I have a real certain youth ourselves, so we get a big kick out of it. Look, we were fans long before we were filmmakers in the MCU, so we understand that point of view of participating in the narrative as a viewer and loving these characters and thinking about all the possibilities about where these characters can go, and really understanding their experiences and their journey. So yeah, the fact that the fans are enthusiastic about participating at that level is amazing. That's the best place to be.

Fandango: While we're talking about the fans, the end of Infinity War was really tough for people, so tough that Disney set up therapy sessions at Comic-Con. Should audiences prepare for another unforgettable experience when this movie ends? Should they have their therapists on call?

Anthony Russo: Well, if you look at all of our movies that Joe and I have done for Marvel, it's really important to us to take the audience, the characters [and] the story to a place that nobody expected, and for that to be a thrilling and exciting place, [but] also a challenging place, because we like our storytelling very layered and complex. We want to laugh, we want to cry, we want to think, we want to be thrilled, we want to be scared. We want to have the entire spectrum of emotions when we experience a story, so that's how we try to build our narrative. And every one of our MCU movies has ended with a very big swing in terms of what happens to the characters and what it does to the MCU.

Winter Soldier ended with the revelation that S.H.I.E.L.D. was corrupt and the destruction of S.H.I.E.L.D. Civil War ended with the divorce of the Avengers from one another and the destruction of the relationship between Tony and Steve. Infinity War ended in the destruction of half the universe. If you look at the end of these movies there's something big and consequential happening, and we think that's important to building a great story [and] a memorable story. So there will be things that excite audiences and thrill audiences in this movie, and there will also be things that will challenge them, and I think that's why people come to these films. 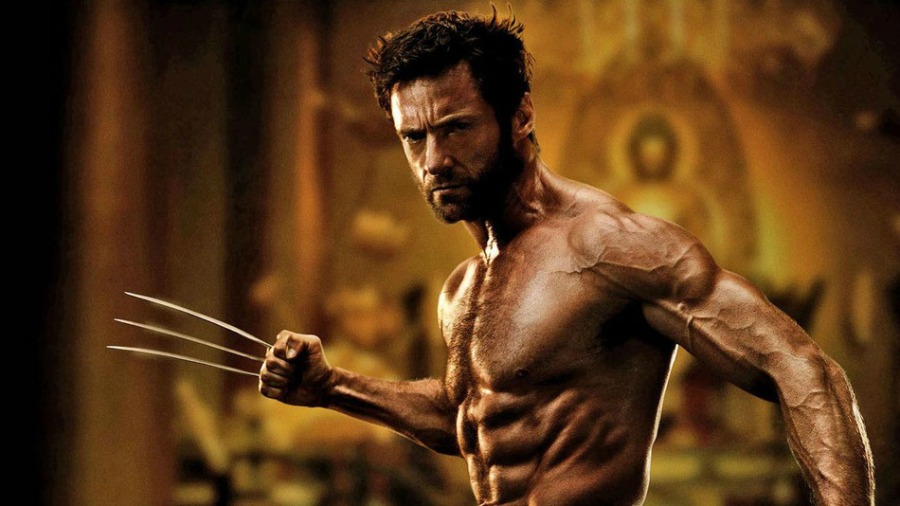 Fandango: As we speak, it's been a few days since the Disney/Fox merger happened. You and your brother will probably take a break from the MCU for now, but if you ever came back and got to make a movie with one of those Fox characters that are coming over, do you have one that you've always dreamt of telling a story with?

Anthony Russo: I mean, we've always been huge fans of Wolverine. We certainly haven't been thinking about if and when and how we would ever go there, but just off the top of my head, that's a character we've always been passionate about.