Adam Sandler Makes for One Ugly Girl in 'Jack and Jill'

When we first heard that Adam Sandler would be starring in a film called Jack and Jill that would have him playing a set of male-female twins, we thought, okay, maybe with computer effects and whatnot they could turn Sandler into a nice looking girl. Yeah, well, no. If the film has proved one thing so far, it's that Adam Sandler dressed in drag is in no way the prettiest thing you'll see today. 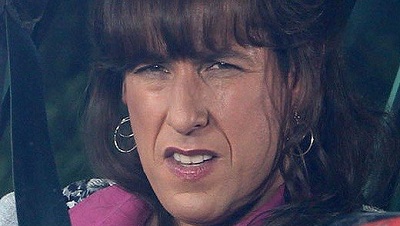 The first image of Sandler on set has arrived via TMZ, and while we can't see all of him, we can tell that he's definitely dressed up as his "other" character, Jill. The film is said to revolve around a man named Jack whose crazy twin sister Jill comes home to visit for Thanksgiving, causing all sorts of hilarity. Katie Holmes is rumored to be playing Jack's wife in the movie, while Al Pacino is also said to be showing up as himself. No release date yet, but figure this one to hit in early November of next year, right in time for Thanksgiving.
Take a look at that photo and let us know what you think of Adam Sandler as a woman. Do you think he'll be able to pull off both roles, or will it just end up being too silly to be believable?
Like it? Share it: