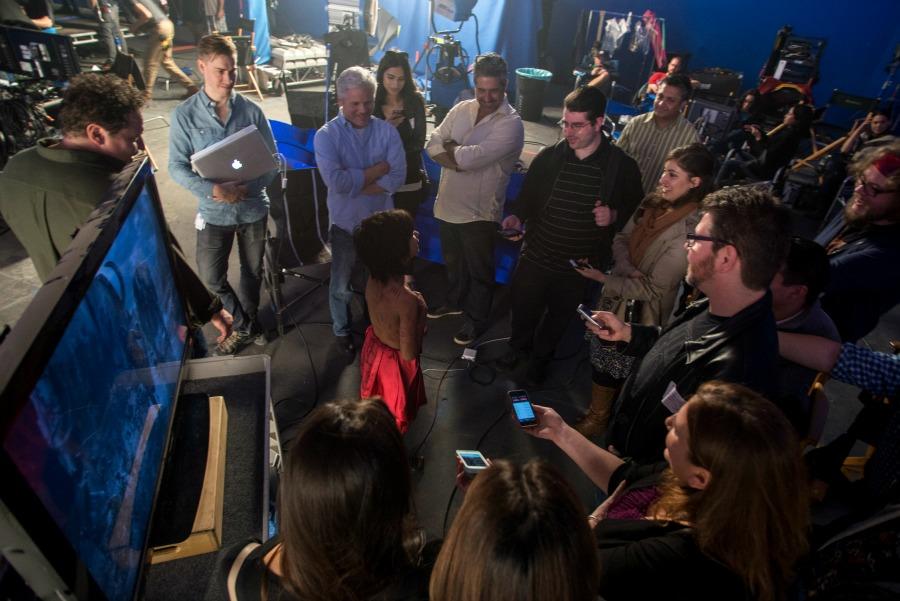 A Visit to the Set of 'The Jungle Book' 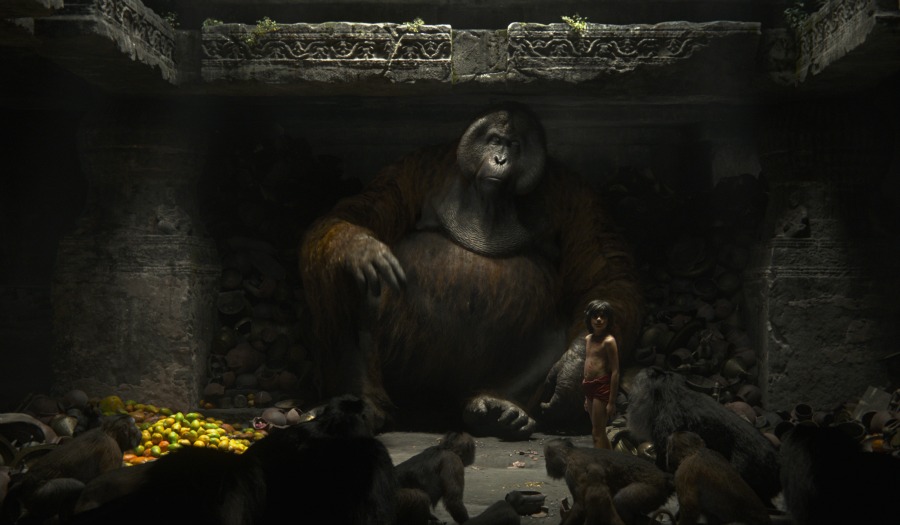 It's a chilly morning in downtown L.A. With coffee in hand, 10 reporters/mom bloggers wait outside a massive soundstage at Los Angeles Center Studios. A crew is busily hauling, buzz-sawing and hammering away, building sets for the much anticipated live-action film The Jungle Book that opens April 15, 2016.

The movie's director, Jon Favreau, has just walked over to say hi. It feels like we've known him forever -- since Swingers, anyway. (Not to mention he was responsible for Elf, which made my 10-year-old laugh harder than I've ever heard him laugh.)

With Iron Man and Cowboys & Aliens also behind him, Favreau is no stranger to effects-heavy films. Only this time, he will use those skills (along with even newer technology) to tell this classic story about an orphan boy being raised by animals in the jungle the way it's never been told before.

Favreau is approachable and relaxed despite the fact he is about to spend half of his day with us while juggling a to-do list that would make a single mom pass out. So it's time to get down to business.

When thinking about what to include from the original movie, Favreau tried to identify the elements that resonated from his own childhood. "I bet we all remember the same things from Jungle Book, right?  'Bare Necessities'? King Louie? I remember the snake with those eyes… each of those elements. I tried to pull those things in, and then expand them in a way that's compelling."

All about the story

Before launching into the technical aspects of the film, Favreau wanted to make one thing clear: Story has to be the heart of the film. "No matter how technical animation gets, even back to Walt's days, they always got the story right first," Favreau explains. "They never wanted to paint one cell more than they had to. Pixar doesn't want to render one effect more than it has to. It's expensive."

Although many big-budget live-action movies reshoot, Favreau says Disney and Pixar spend time (sometimes years), rather than money, getting the story and animatics right. "If you look at The Incredibles DVD, you'll see they have just a great version, all done with pencils," he says. "They used to call that sweat-boxing back in Walt's time." 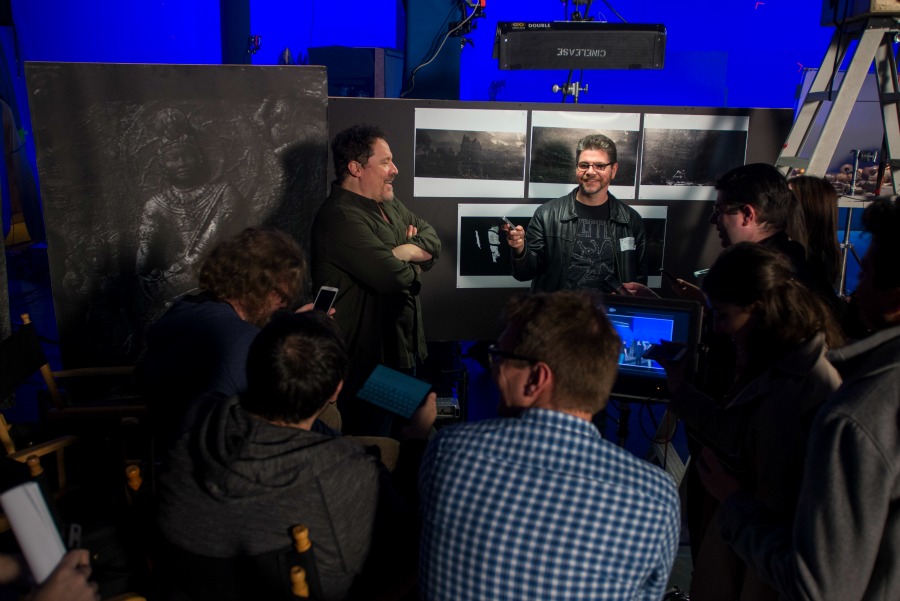 Humans behind the machines

Once the story is there, the technical wizardry can begin. We are now upstairs in a room with editors, graphic designers and animators, hard at work at their computers.

Favreau reminds us of the meticulous work that takes place in this room. Most of us have become so accustomed to how lifelike computer graphics are that we forget an actual human is perfecting the color, texture and movement of everything on-screen. Someone is toiling for hours on end over the speed of a bird's flapping wing, making it flawless so we stay fully immersed in the story.

"Everything [done] here is to take away all those little things that subconsciously make you sense something is not real," he says. "It's fun to use CG for spaceships and superheroes and explosions and armor, but when you get to organic stuff, that's when you're really testing the limits. When you get to skin and fur and plants, that's where it becomes more difficult."

I ask Favreau how he is not overwhelmed by the multiple elements that need to overlap perfectly, the preproduction and postproduction effects and the newest technology. 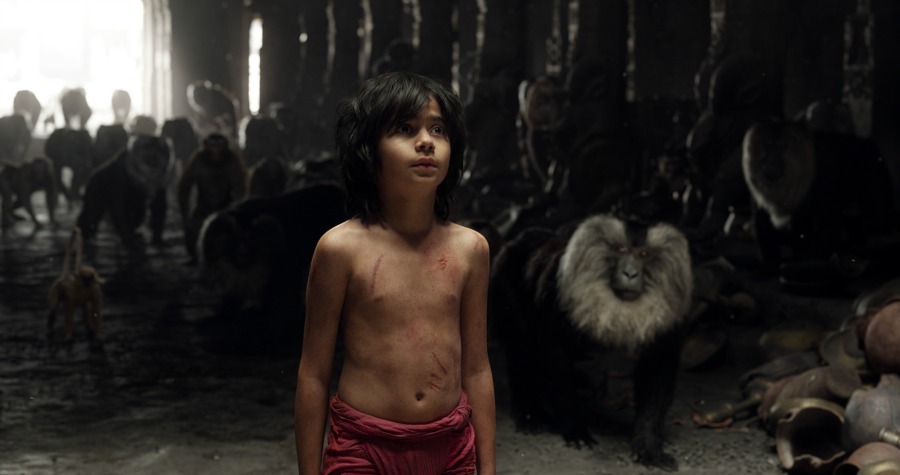 The film should wow moviegoers just with its impressive voice cast, which includes Ben Kingsley, Scarlett Johanssen, Christopher Walken, Idris Elba, Lupita Nyong'o and Bill Murray. But as Mowgli, the now 13-year-old newcomer Neel Sethi plays the only human in the entire movie and the only one in motion capture. Our first glimpse of him is across the soundstage, where he is hopping around between takes, barefoot and wearing a loincloth.

Favreau picks up a cordless microphone and starts to direct Neel in a scene. After he's done, Sethi yells out, "Neeeeled it!"

Favreau says he was immediately drawn to him. "He's a little New Yorker. I definitely related to him. The Mowgli in the original was sort of... confident but also innocent. I've worked with kids enough to know the big thing is you talk to them, and you get a really smart one, that's IMPERATIVE. [Laughs] Because they're gonna make smart choices. He's friendly with everybody, has a great sense of humor and first and foremost was extremely watchable and charming when I saw his tape." 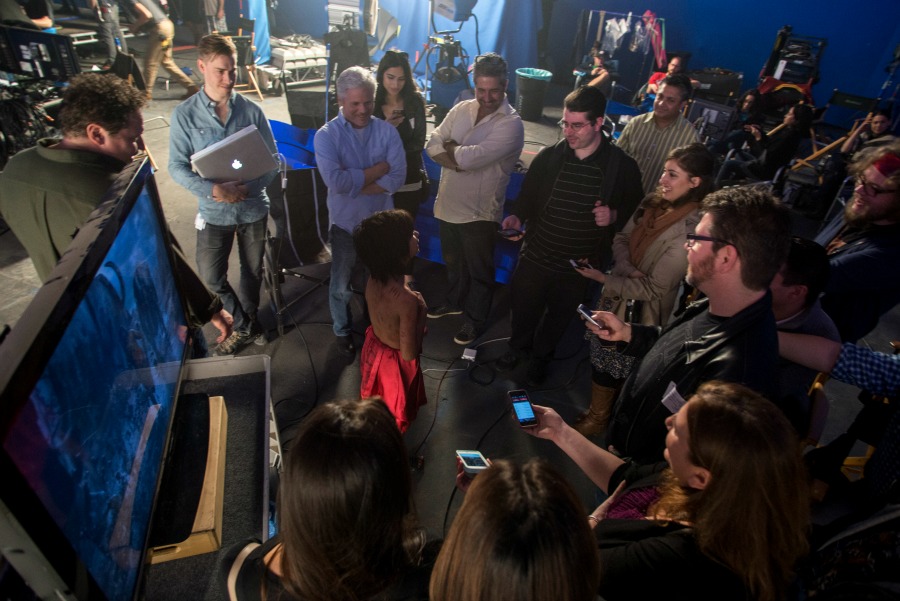 When asked how he got the part, Sethi said he had to be himself. "I did some karate moves, told them what sports I play. I told them, ‘If you hire me you don't need a stuntman. I do all my own stunts.'"

Favreau mentions that he was 10, around the same age as Sethi (and Mowgli), when his his own mom died. "I think a lot of the movies I work on are about loss. It's not like I pick the movies for that reason, I just notice that's kinda true, whether it's Elf or Iron Man."

I tell him I never knew how much I could get done and how much patience I had to employ until I was a parent, and mention that it seems similar to directing. "Yeah. You just have to like it," he agrees.  "If you don't like what you're doing it would be terrible. It doesn't feel like work. I go home exhausted, but I'm very happy."