March 26th 2008, 4:24 pm
From Stacie Hougland: Would you be willing to cough up $35 for a movie ticket? One theater chain is banking that you would…for the right perks.

At any of the 50 Village Roadshow Gold Class Cinemas being built nationwide over the next five years, moviegoers can recline in the complex’s 40 armchair seats (with footrests), enjoy 2D or 3D digital projection, call waiters right from their seats for meals made to order by on-site chefs, even enjoy a cocktail or appetizers from the lounge bar. 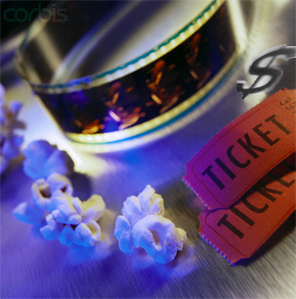 We know what you’re thinking and no, the price of admission doesn’t include food or libations.

The company started in Australia and has expanded to locations such as Singapore and Greece. "It's a new way to go to the movies," says Graham Burke, managing director and CEO of the company behind the concept, Village Roadshow Ltd., to Variety. "It's like what Mercedes is to a Toyota or like flying first class in an airplane." First class, indeed.
Like it? Share it: