A Jones for 'Jones'

March 31st 2008, 11:48 am
From Stacie Hougland: It might not come as a shocker that Indiana Jones and the Kingdom of the Crystal Skull is this summer’s most anticipated movie (according to a recent Fandango poll of a few thousand moviegoers). What is surprising is by how much it beats the competition. With 82 percent of the vote, Indiana Jones nearly doubles figures for the second-highest ranked film, The Dark Knight, at 42 percent. Coming in a close third at 38 percent is Iron Man.

We also asked people to pick their most anticipated new character/fresh interpretation of a familiar role. The late Heath Ledger as The Dark Knight’s Joker came in at 55 percent, followed by Steve Carell as Maxwell Smart in Get Smart (34 percent).

Who has ‘em beat when it comes to favorite action movie stars & characters? You guessed it: Harrison Ford and Indy lead the pack. Scroll down for the full results of our survey. And here's more on the new movie. 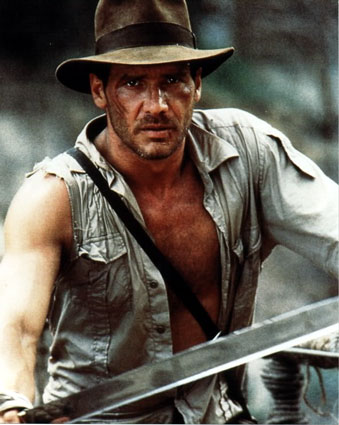