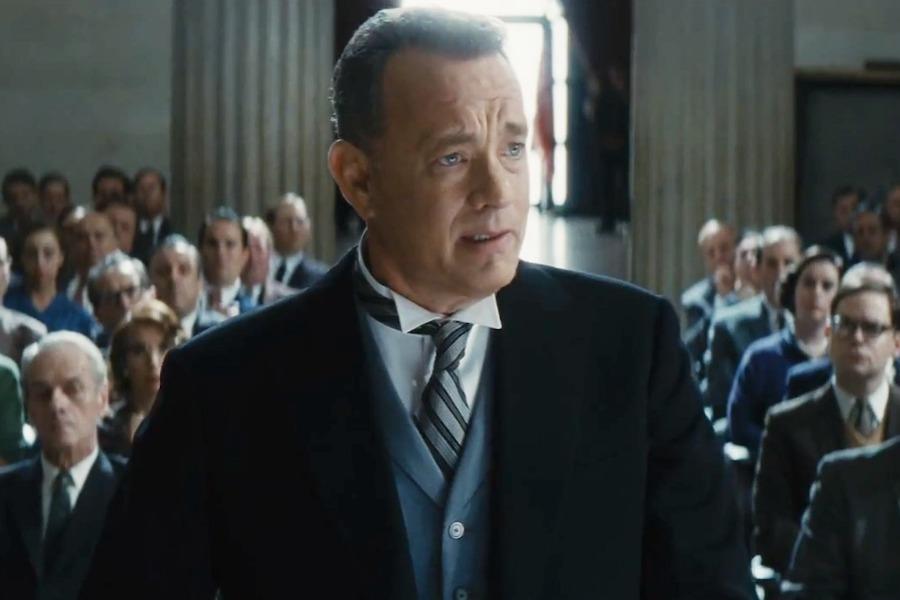 6 Fascinating 'Bridge of Spies' Facts, Including the Reunion That Never Happened 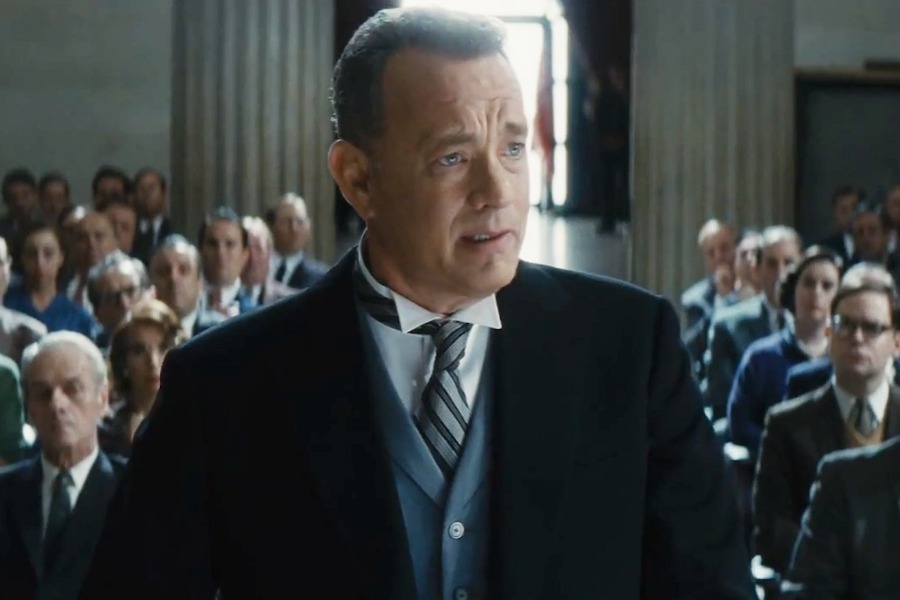 Not only is Bridge of Spies (now in theaters) based on a fascinating real-life story, but it's also a Steven Spielberg movie -- and this is a guy who knows a thing or two about telling captivating stories that feed your brain and warm your heart.

No one tackles fascinating real-life stories quite like Spielberg, and in the spirit of Lincoln -- a wartime movie that was more about the power of secretive backroom conversations than the strength and violence of battle -- comes Bridge of Spies, a Cold War thriller that feels very similar. Tom Hanks stars as an insurance attorney tasked with first defending a man accused of being a Russian spy, and then negotiating for a trade between said spy and a captured American pilot.

At times it feels like two separate films rolled into one captivating tale, with Hanks at the top of his game while Spielberg's craftsmanship is, of course, impeccable throughout.

Here are some cool facts we learned from the film's New York Film Festival press conference.

Spielberg had no idea about this story two years ago

Sometimes filmmakers research stories for years before finally getting to share what they've learned with audiences, but not with Bridge of Spies. Spielberg had no idea this story even existed until two years ago.

On what drew him to the story in the first place: "It was simply a piece of history that was so compelling, personally for me, to know that something like this, a man who stood on his principles and defied everybody hating him and his family for what he thought he needed to do."

This exact story almost became a movie in the 1960s

The film probably would've starred Gregory Peck (pictured below in the mid 1960s), but the studio got cold feet. It just wasn't the right time. Says Spielberg:

"It was 1965, and the Bay of Pigs had happened. The Cuban Missile Crisis had been averted, like a year and a half before, and the tensions were too taut between the Soviet Union and the United States of America for MGM to get into the politics of the story." 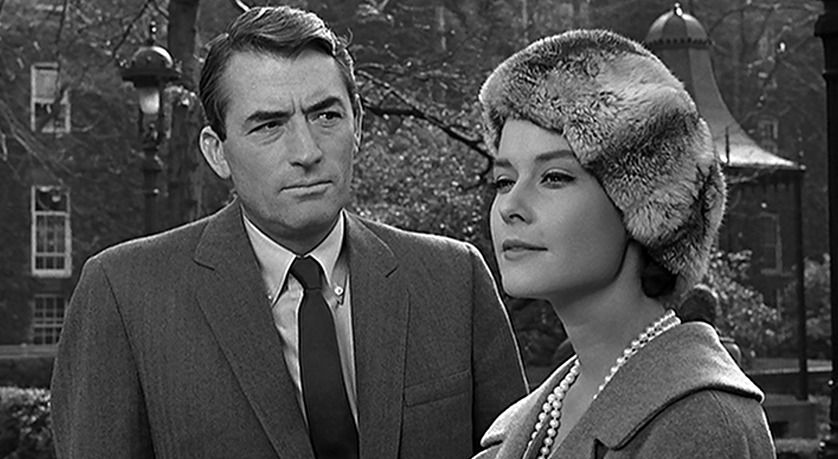 Bridge of Spies took place decades ago, but its story is just as relevant in today's world. Says Spielberg:

"The whole idea that spying has reached a technological apogee of almost -- it’s almost open season for anybody that knows how to operate an operating system, and can get into somebody else’s operating systems. The cyber hacking that’s going on today is just like the spying that went on then."

The YouTube video that helped Hanks learn more about his character 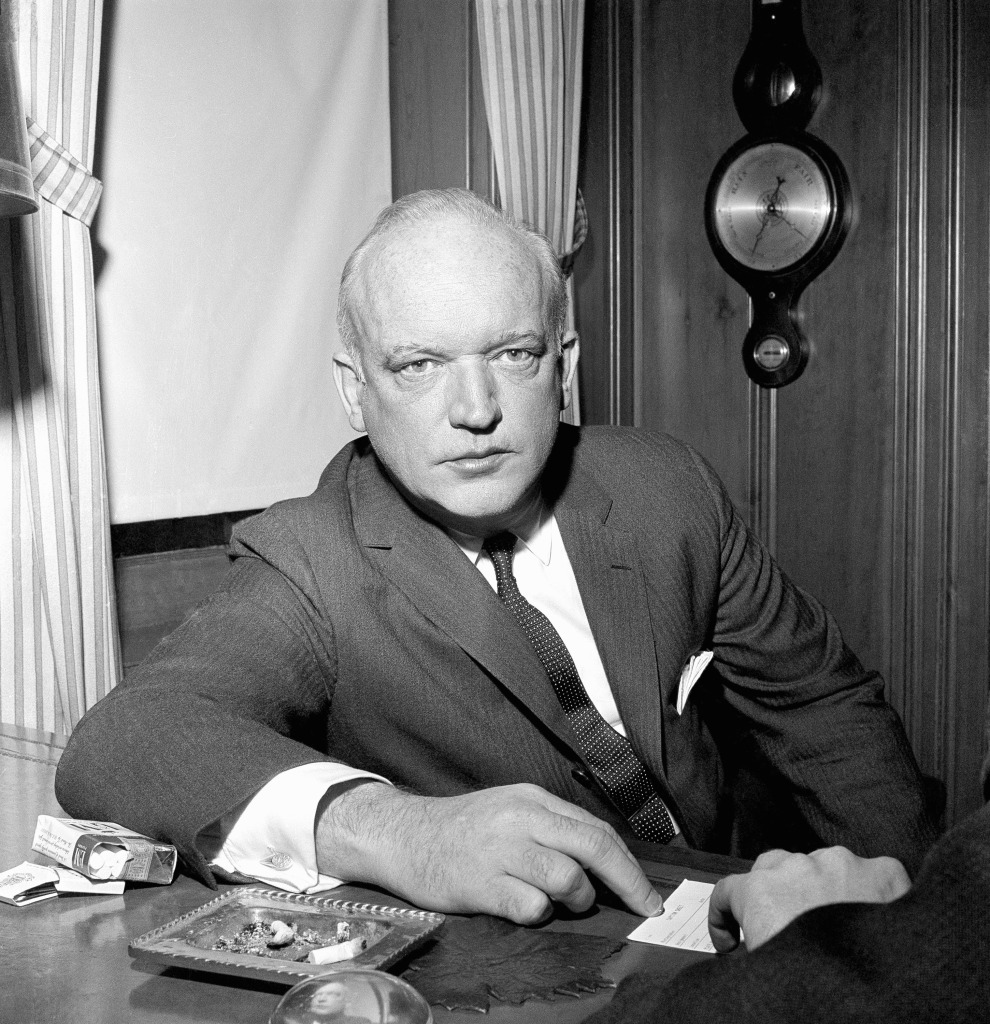 The first thing Hanks did when he signed on to play Donovan was Google the guy to find out more about him. And while a lot of the stuff was repetitive, he zeroed in one clip from YouTube with a quote that not only sums up who the man was, but really the entire movie in general. Says Hanks:

"I came across a piece on YouTube in which the real Donovan, when he was defending Abel, was interviewed at the courthouse.  And he literally stated the reason why he took the case, and the reason why he carried it all the way to the extremes of the Supreme Court.  He says, 'You can’t accuse this man of treason. He’s not a traitor. He’s actually a patriot to his cause. Only an American can be a traitor, only an American can commit treason against their own country. He’s just a man doing his job, in the same way we have men doing their jobs over here.'"

Here's video of the trial featuring an interview with the real James Donovan. We're not entirely sure if this is the video Hanks is talking about, but this does give you a sense of what it was like back then.

Warning: This last factoid is kind of a spoiler warning for those not familiar with the real story. Read at your own risk.

The reunion between attorney and spy that never happened 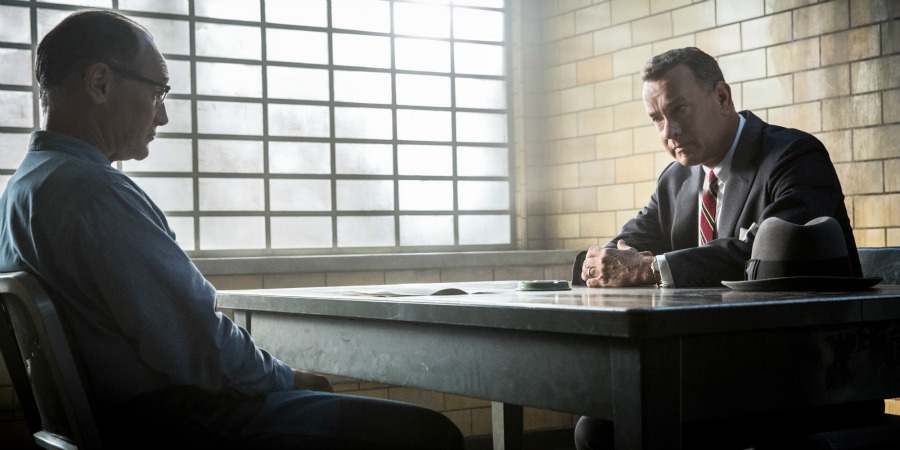 By the end of Bridge of Spies, it's implied that Donovan and Abel are pretty close and care deeply about the other's well being. So it's no surprise that in real life Donovan wanted to reunite with Abel before the end of his life, going so far as to travel to Russia to try to find him. Alas, as Spielberg reveals, it was not meant to be.

"At one point, toward the end of Donovan’s life, he went to Russia with the hope of meeting Abel again, and wasn’t able to find him and get into contact with him," Spielberg said. "I think there was a little help -- there was some obfuscation going on at the time, but he was hoping to have one more moment with him, but never had that moment."

Bridge of Spies is in theaters now. For more on the movie, check out the pop-up trailer below.