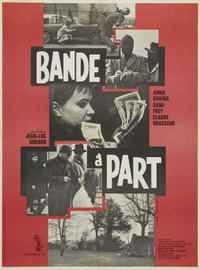 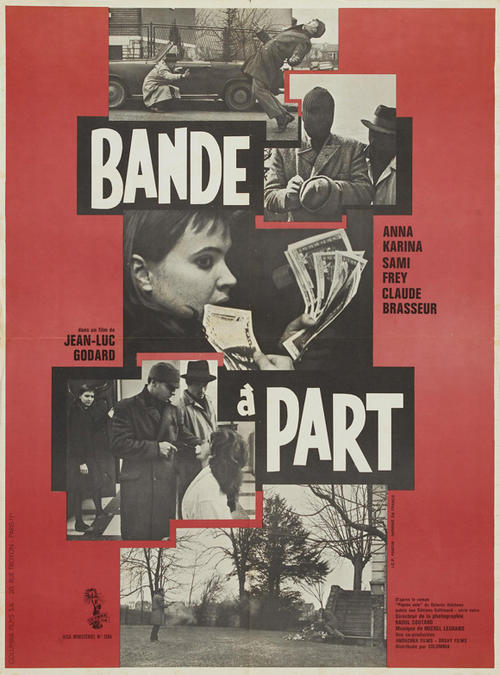 BAND OF OUTSIDERS (BANDE À PART), 1964, Rialto Pictures, 97 min. French New Wave master Jean-Luc Godard told his backers he was delivering a sequel to BREATHLESS but instead created this offbeat meditation on politics, philosophy and the American gangster movie. Combining playful slapstick with sudden bursts of violence, this tale of three bumbling thieves (one of whom is played by Godard's then-wife and muse, Anna Karina) is one of the director's most original and entertaining works. WEEKEND, 1967, Janus Films, 105 min. A portrait of society on the brink of collapse, this provocative black comedy from Jean-Luc Godard is among the director’s most rewarding films. An amoral couple (French TV stars Mireille Darc and Jean Yanne) drive to a country home to claim an inheritance, encountering radicals, cannibals, literary characters and endless traffic (in one of cinema’s great tracking shots).